Sanchez to Estrada’s alleged murderer: ‘You can’t trust anyone.’ 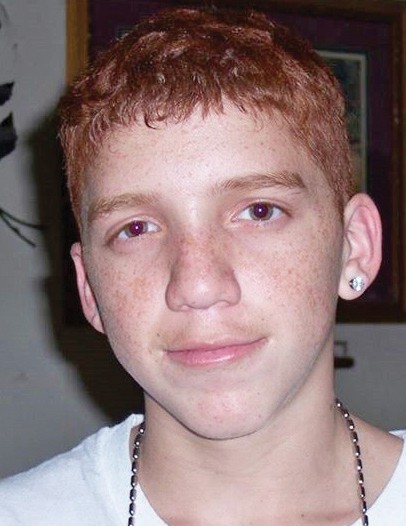 Atascosa Crime Stoppers is offering a $5000 reward for any information leading to the conviction of the person or persons responsible for the murder of Rick Estrada, who was shot late in the evening of January 6, 2014.

Around 8:18 p.m., according to Pleasanton Police Chief Ronald Sanchez, police responded to a shots fired call at the 600 block of Sanchez Street. They discovered a shooting victim, 23 yearold Rick Estrada, at the 300 block of 2nd Street, in the backseat of a car. Sanchez said that Estrada was being transported to a hospital by his friends who were at the scene of the murder. Chief Sanchez said that the murder was not a drive by shooting.

Chief Sanchez held a press conference on Friday, making the reward public and sending a message to Estrada’s murderer or murderers: “I want the suspect to know this: someone will sell you out for the money. You won’t be able to trust anybody.” The $5000 cash reward will be available until January 17. Chief Sanchez says callers will remain anonymous.

The Estrada family issued this statement:

“Rick Estrada was not only taken from his immediate family but numerous aunts, uncles, cousins friends: the list is endless. He was able to fully integrate himself into each household and become part of our family. Everyone loved him and we all lost a part of ourselves when he was taken from us so tragically. Our family needs the closure and peace that comes with getting his killer off the streets. We urge the community to step forward with any information. It may seem miniscule or just something you heard but please go to the Pleasanton Police Dept. with anything that can lead to an arrest.”

The Estrada family will be having a Barbecue plate sale to help pay for Estrada’s funeral costs on Saturday, January 18th, at 805 2nd St across from La Paloma Tire Shop starting at 9am until supplies are exhausted. Plates are $7. Well-wishers can get updates on the “Ricky Estrada Memorial Page” Facebook Group. Christine Martinez, Rick Estrada’s maternal aunt, created the group which as of press time boasted 121 members.

On Sunday, January 12, about 59 people came to a Barbecue plate sale that the family organized in Poteet, according to family friend Kat Ramos. Ramos says that there is still a lot of money left to raise.

If you have information, you can call Atascosa Crime Stoppers at 830-769-2255. You can also send a text message to 274637 (type ATASCOSA, then your message in the body of the text). Message and Data rates may apply. You can also submit a tip at the following link www.tipsubmit.com/webtips. aspx?AgencyID=1234

The person or persons who shot Rick Estrada, 23, are still at large. Atascosa Crime Stoppers has posted a $5000 reward for information leading to a conviction: call 830-769-2255 or text “ATASCOSA” and your tip to 274637 (message and data rates may apply).