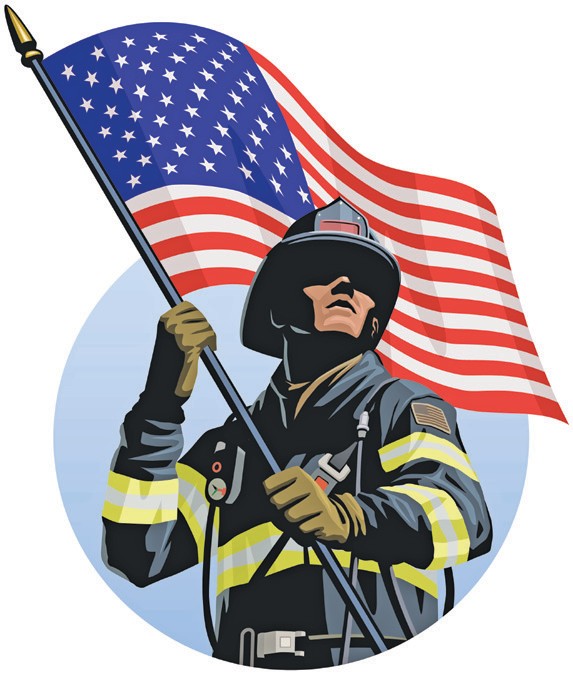 National Fire Prevention Week, October 6-12, was proclaimed by President Calvin Coolidge in 1925, in commemoration of the Great Chicago fire, in which hundreds of people were killed. The fire destroyed over three square miles of buildings in Chicago from October 8-10, 1871.

Atascosa County’s 11 volunteer fire departments (VFDs) have had a demanding, dangerous and challenging year responding to fires, wrecks, and swift water rescues. Volunteers are becoming harder to find due to the oil boom’s extensive job offerings which leave many citizen’s little time for volunteering. VFDs work hard not only at helping to keep their community safe, but trying to find ways to bring money into their department. There is great need within most every Atascosa Fire Department for any monetary donations and the gift of time as a volunteer.

Some VFDs are capable of paying for new recruit training, but the department’s needs are great especially as it relates to keeping lifesaving equipment up to date. VFDs host fundraisers throughout the year, turning barbeque plates and turkey shoots into funds that pay for newer trucks, replace damaged hoses, and maintain necessary equipment and devices such as the breathing apparatus that keeps them alive in a blaze.

This Saturday, the Atascosa County Firefighter’s Association will be serving Chop BBQ sandwiches at Wal-Mart, starting at 10:30 a.m. till they are sold out. All 11 fire departments will be there according to David Prasifka, Jourdanton VFD Fire Chief.

Pictures of each department and the business community which show their gratitude are featured on pages 10C and 11C in this issue.

As of October 1, Ata-Bexar is no longer serving Bexar County, according to Assistant Chief Ken Bouldin. Bouldin said their name will not change.

Ata- Bexar and 15 departments from Bexar County responded to a large fire on Duke Road, near Pleasanton Rd., earlier this year. It began as a trash pile burning, but high winds helped to ignite over 200 acres of sandy terrain and threatened structures on all four sides of the fire. A few storage sheds burned, but the majority of the homes were saved, and no one was hurt.

The actual location of Ata- Bexar “County Line” VFD is just a few yards inside Bexar County on Old Pleasanton Road. Ata-Bexar responds to a large number of fires and wrecks in Atascosa County. They consider their members as “ours.” The department has been in service for 33 years.

The department currently has six employees, but anyone in the northern Atascosa County area that is interested in joining this department should know they hold a business meeting on the last Saturday of each month at 10 a.m. at the fire department.

They would be especially welcoming to new volunteers with Commercial Driver’s License, but anyone 18 and up is welcome.

The department, which is in need of both members and donations, said that they would greatly appreciate residents from the southeast corner of the county to send in a donation. Any other Atascosa County citizen’s donations would also be gladly accepted! “Paisano” firefighters cover most of the southern and southeastern portion of the county. They are often called for assistance at accident sites on IH-37.

The Charlotte VFD braved the fire that melted Balderas Services on August 4, 2013. At the time, there was some suspicion that arson was the cause of the fire. The possible intention was destroying evidence that the business was burglarized.

Donations are always needed. Money raised helps the department maintain their equipment and allows the members to receive related training and to purchase needed equipment. Fire Chief Robert Romo also says that his department uses a lot of bottled water, and would appreciate that as a donation. They are also in the market for a new truck, and may be willing to convert a medium to large commercial vehicle, such as an old dump truck into a brush truck.

The department is inviting area residents to come and join them for the Charlotte VFD Firemen’s Barbecue to be held sometime in November. The firefighters will be serving brisket or chicken (with all the trimmings) starting at 11:00 a.m. at the Charlotte Fire Station. The cost is $6 per plate. The profits will be used by the department for operating costs and equipment.

This department has a very big need for volunteer members. Even if you are a resident living near Hwy. 173 to the north of the McMullen County line to the south, the chief says to “please volunteer”.

The department’s area of responsibility is the largest of any area in Atascosa County. It extends from Hwy. 173 south to the McMullen County line. The department is also one of the smallest in number of members. The department needs additional members and the community’s support. To make donations of any kind, please contact Fire Chief Romo.

Christine, Charlotte and Jourdanton VFD were there when lightning caused an oil fire at Vrana Water Disposal, located east of Charlotte on Hwy 97. Owner Belo Wiley thanked the fire departments for their help, saying “Because of their efforts, only 15-20% of the battery was damaged. Typically when one tank is hit by lightning, a chain reaction occurs, creating a total loss.”

Christine’s VFD is looking for donations of time and money. Christine won a grant from the Texas Forest Service to buy a 2013 model brush truck, and will need to raise $10,000 to finish paying for it. Jackie Jerkins, Christine VFD treasurer, said the VFD will be adding a BBQ cook-off to their annual rodeo, which will be hosted during the month of April.

Jackie Jerkins, Christine VFD treasurer, is proud to be an Atascosa County firefighter, “It’s nice to be a part of the county family. We help each other.”

The department’s area of responsibility covers the south central portion of the county. Anyone interested in joining the department should contact one of the members. The department holds meetings the third Tuesday of the month at 7 p.m.

Jourdanton VFD has a large area of responsibility in the center of the county reaching southward near Christine and northward toward Poteet. The department answers about 200 calls each year that are fire or wreck related. The east and west boundaries are bordered by areas covered by the Charlotte and Pleasanton departments.

Chief David Prasifka said “It’s been tough for us. The department’s volunteers are down due to the oil field. Two to three fire departments have to respond to one house fire so there are enough men to handle it.” He also mentioned that it is more difficult to get to the fires because of increased traffic. He is grateful that the Automatic Mutual Aid is in place for Jourdanton and Pleasanton.

Leming VFD, like most of the counties fire departments, is looking for volunteers. Secretary Loren Gillespie said that his department is in need of “volunteers who are willing to put in the effort and do the best they can.” If you are 18 or older and can attend at least six of the department’s meetings, the Chief and firefighters will be happy to train you. The Leming VFD meets the first Monday of each month at 7:30 p.m.

Leming VFD had a fundraiser at the 7 Mile Garage Sale in Verdi last Saturday; a venue that brings in a significant amount of donations. But they can also use more help. The department hopes to soon replace their SBCA’s which is the breathing apparatuses needed to enter a house fire.

Leming VFD responds to fires between Leming and Ata-Bexar to the north as well as areas to the east, west and south to Pleasanton.

The Lytle Volunteer Fire Department was established in 1955. It covers the northwestern corner of Atascosa County. However, the department’s responsibility does not stop there. They are dedicated to the prevention and suppression of fires, as well as response to medical emergencies and other incidents in Lytle as well as Atascosa, Bexar and Medina Counties.

To better protect the taller buildings that are being built in the city, Lytle VFD recently upgraded their 75 foot 1983 model Simon Duplex ladder truck to a 150 foot 1995 model Pierce ladder truck.

Lytle VFD, like other departments in the county, need new members and donations. Prospective volunteers can fill out an application at a VFD meeting, which take place every Monday at 7:00 pm.

The Pleasanton VFD is still the largest department in the county. However, there has been a decline in department membership as the area’s workforce has taken jobs in the oil and gas industries. They are no longer available to respond to fires for large and sometimes distantly located companies.

The department covers an area from between Jourdanton and Pleasanton on the west to the Wilson County line on the east.

The department also supports a large rescue unit which includes Jaws-of-Life equipment. In addition, the department’s members also train in water rescue. The department is also custodian of a communications van designated for regional homeland security.

The department trains every Monday night at 7:30 p.m.

Fire Chief Curtis Adams would like to remind Poteet citizens that while the Atascosa County burn ban may be lifted, there is no burning allowed in Poteet city limits at any time. While fireworks, trash fires, brush fires and leaf pile fires are illegal, it is still legal to have a barbecue.

The Poteet VFD is located in the heart of the Strawberry City on Avenue H. The fire station is also home for the large strawberry monument, the Poteet family monument and the Poteet Canyon monument.

Poteet VFD is in need of additional members and would especially like to have more firefighters who can respond during the day. The department is in need of several pieces of equipment, especially fire hoses. Poteet VFD has diligently tested all their equipment every year, and this year they discovered a large amount of the LDH, or large diameter hose, was found to be dangerously faulty. Poteet VFD is doing their due diligence to replace the hose.

The department’s area of responsibility reaches northward to the Blackjack Oak area south of Primrose. To the west, the area reaches almost to Rossville. The eastern boundary is near Leming and goes south to the area covered by Jourdanton.

Alice Lasater, Assistant Fire Chief of Primrose VFD, says that she is lucky to be in a community that supports its fire department “We would like to thank the community for helping us and would like them to keep on helping us.” The department reorganized a few years ago and makes every effort to move forward and grow.

The Primrose fire department is one of the county’s smallest in size but has a large area to cover — reaching into Bexar County — and needs donations to help keep the fire trucks running and to buy new equipment. They also need volunteers.

The fire department needs firefighter volunteers who live within a five mile radius of the station. Primrose VFD meets on the 2nd Tuesday of each month at 7:30. Come and become a member.

Rossville VFD invites the county to come to their annual Turkey Shoot, taking place on the Sunday before Thanksgiving. For $2, you can take a shot with a BB gun at one of 15 cards that will be set up at the Rossville Historical Commission’s Community Center.

Rossville VFD is in a totally rural location and covers a large area that wraps around Lytle’s area of responsibility. It reaches northward to Bexar County and westward to Medina County.

The department has been gaining new members, but they certainly need your financial support.

The department began in 1989. Rossville VFD meets on the first Monday of each month at 7 p.m. at the Rossville Community Center.

These firefighters are able to protect our community because they have the support of their employers. These businesses deserve much needed thanks. The auxiliary groups are another facet of the volunteer fire departments. They work to raise money and help feed and hydrate the firefighters during prolonged battles.