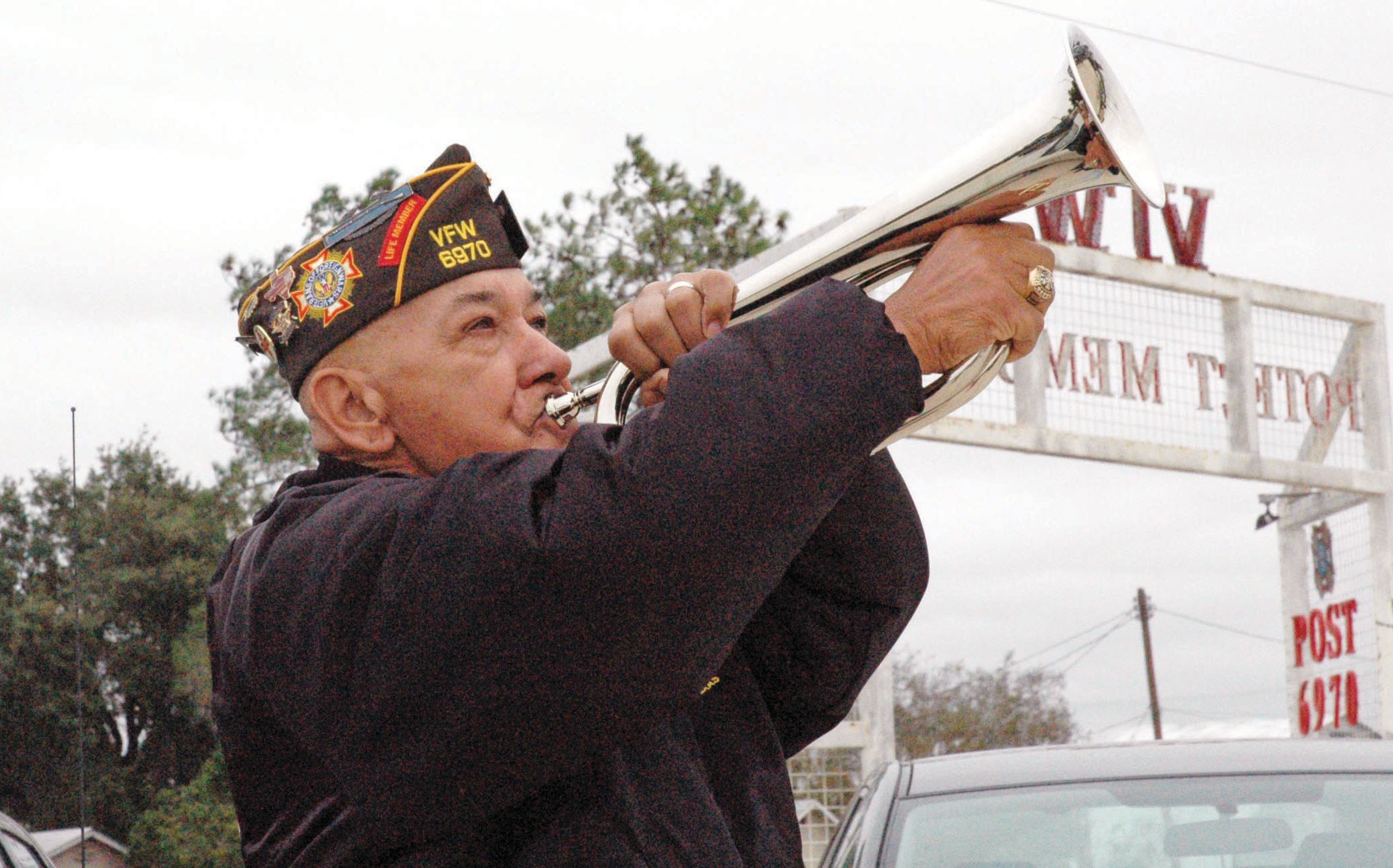 As the flags were being raised at the Poteet VFW Post 6970, Taps was played by Ricardo Ruiz during the solemn ceremony recognizing our Nation’s Veterans at the eleventh hour, on the the eleventh day in the eleventh month.