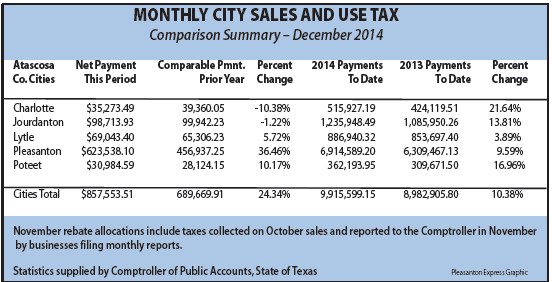 “The growth in sales tax collections was fueled by increased remittances from both business and consumer driven sectors,” Combs said. “The gains were led by oil and natural gas-related sectors, while collections from retail trade and restaurants also rose strongly.”