Sales tax and use continue to be strong 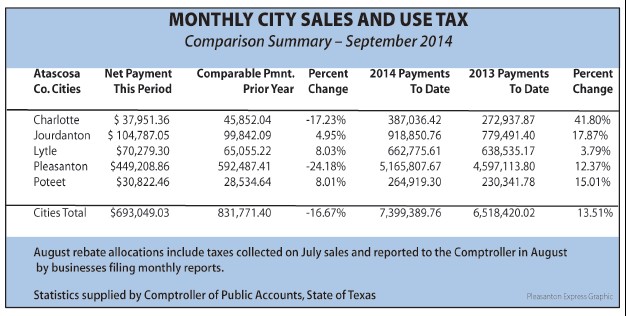 According to the State Comptroller’s September, 2014 report, Texas had a great close to its fiscal year with a total of $27.27 billion in sales tax collections. This was a 5.5 % increase over last year’s $25.82 billion in collections.

Sales tax collections are considered an important barometer of economic health because they show how much activity there is in local businesses. Comptroller Combs said that Texas’ latest numbers were a reflection of economic activity in July. She gave credit to producers of oil and natural gas as well as retail and wholesale businesses for the increase.