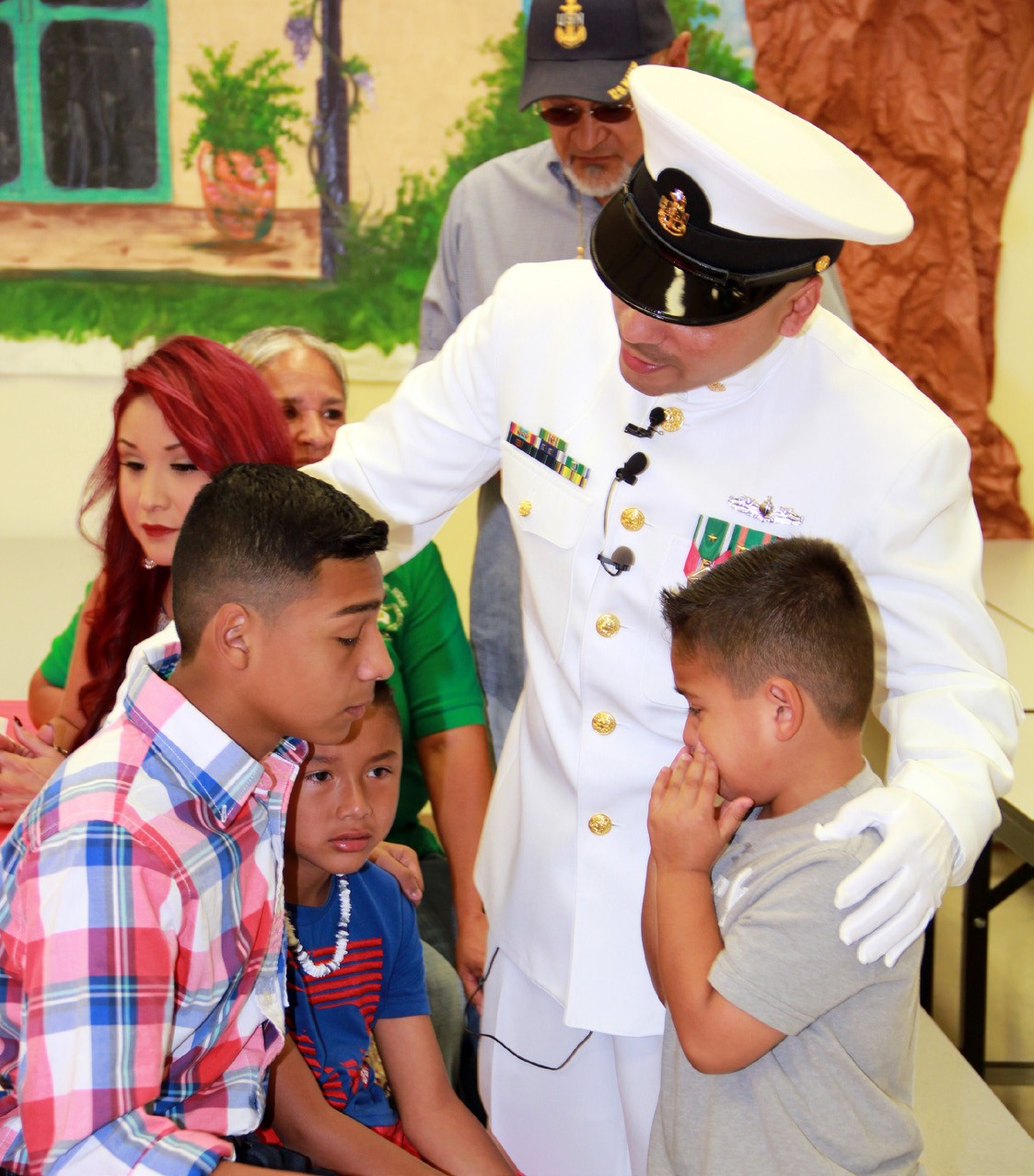 Adrian Macias, 13, Adyn Macias, 7, and Vinny Macias, 6, sons of United States Navy Senior Chief Petty Officer Vincent Macias were surprised Tuesday during lunch at the Pleasanton Primary. The dad returned home to Pleasanton after being deployed for the past 7 months. The boys’ mother Amanda Martinez and grandparents Rosie and Camilo Martinez provided the ruse to get the children together at the school.

His sons, Adrian, an 8th grader at Pleasanton Jr. High, Adyn, a 2nd grader and Vinny, a 1st grader, had no idea their dad was returning home, much less that he was retiring from the Navy after 22 years of service.

The sons were overcome with emotion as they realized that their dad decided to retire. Macias – a firefighter who had been deployed to Iraq, Japan, Cuba and Kuwait – had planned on re-enlisting for another three years and would have had to move to the state of Washington. He is excited to be home for good.

When asked why he decided to retire, Macias said that it was time. “The last time I spoke to my oldest son he had a lot of questions and was needing my help. They would cry everytime I talked to them. I need to be here for my sons. It’s time,” said Macias. 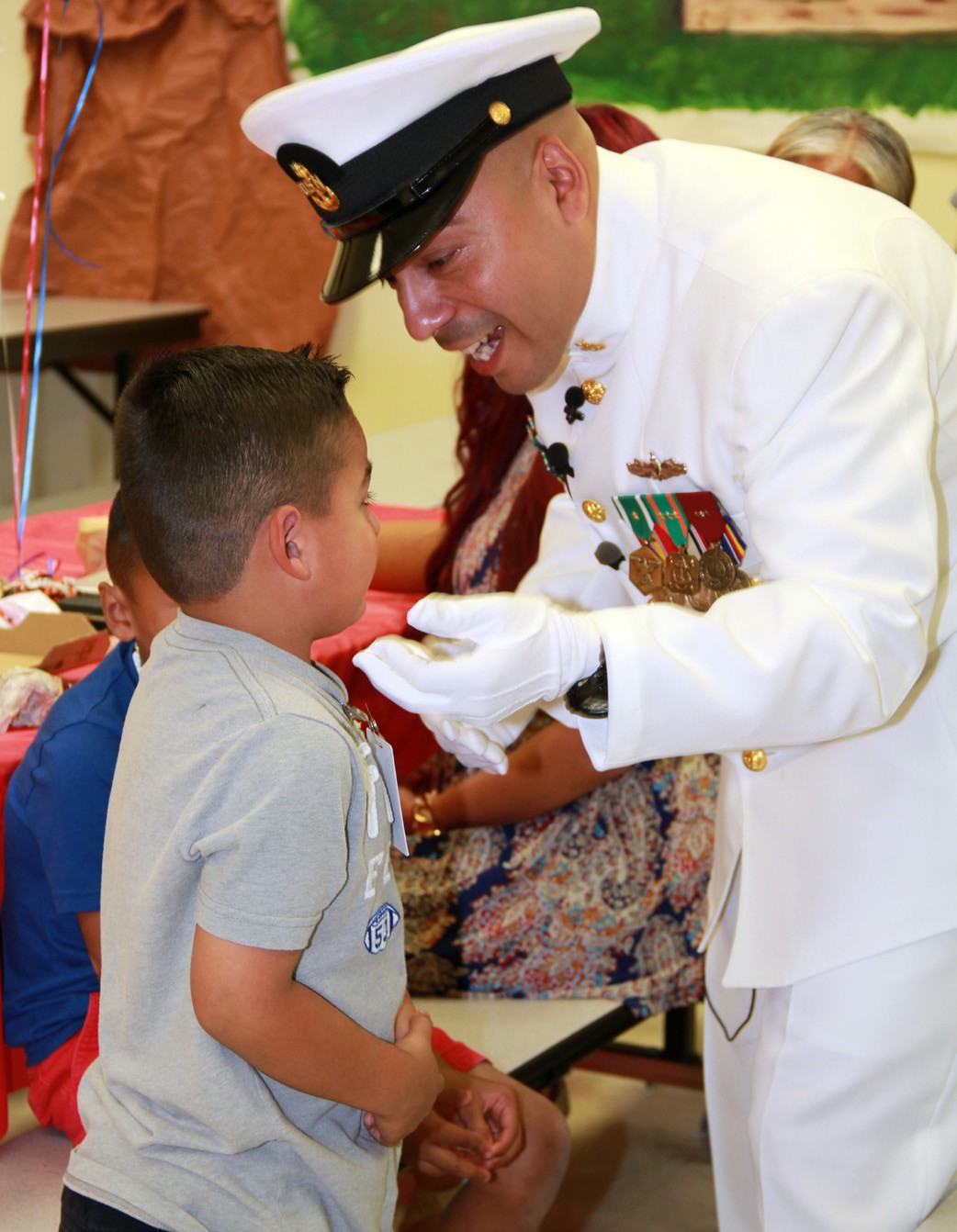 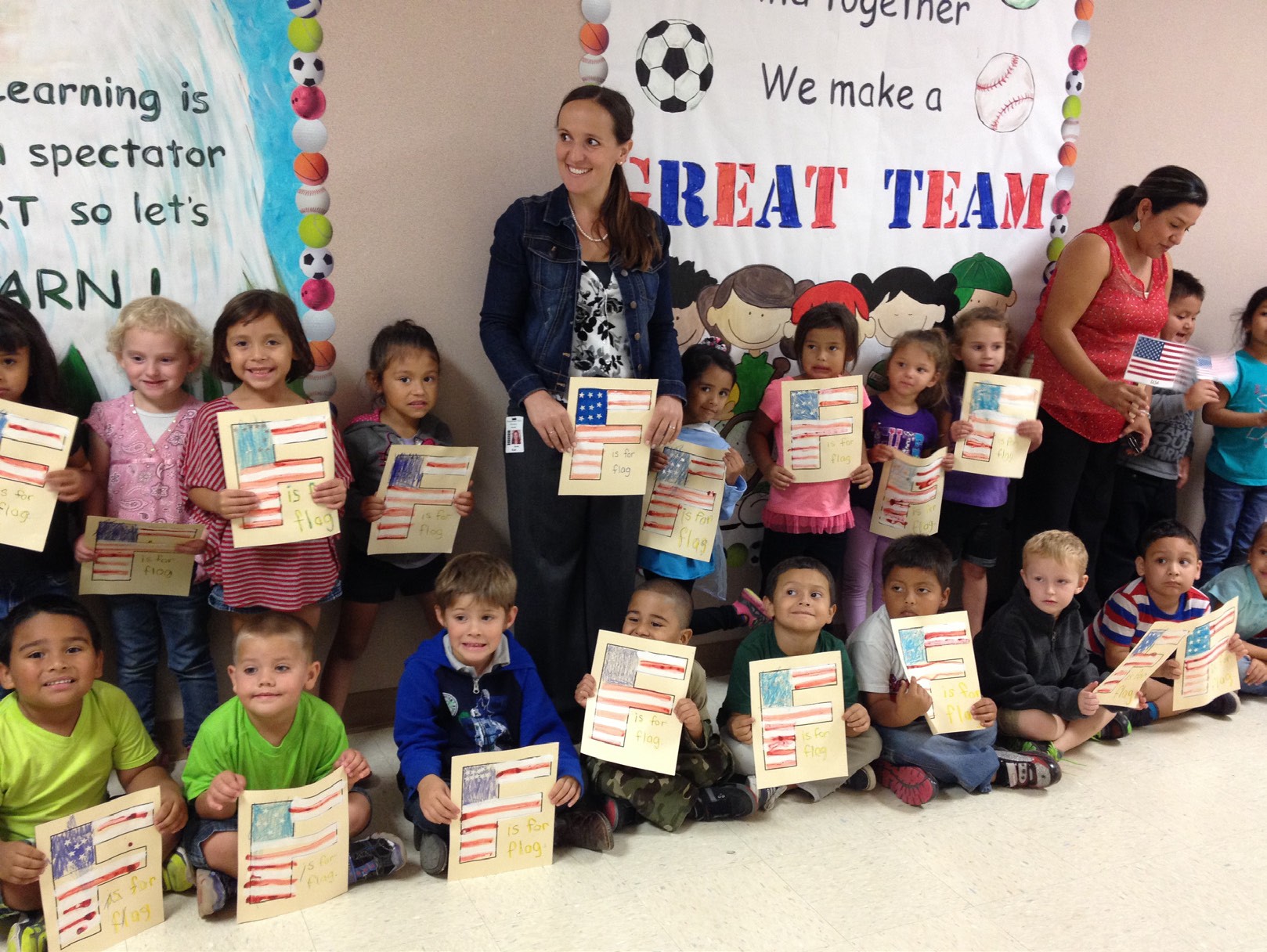 Pleasanton Primary students lined the halls with signs to welcome the father of their classmates home from a 7-month deployment. Naval Senior Petty Officer Vincent Macias surprised his three sons with his homecoming.