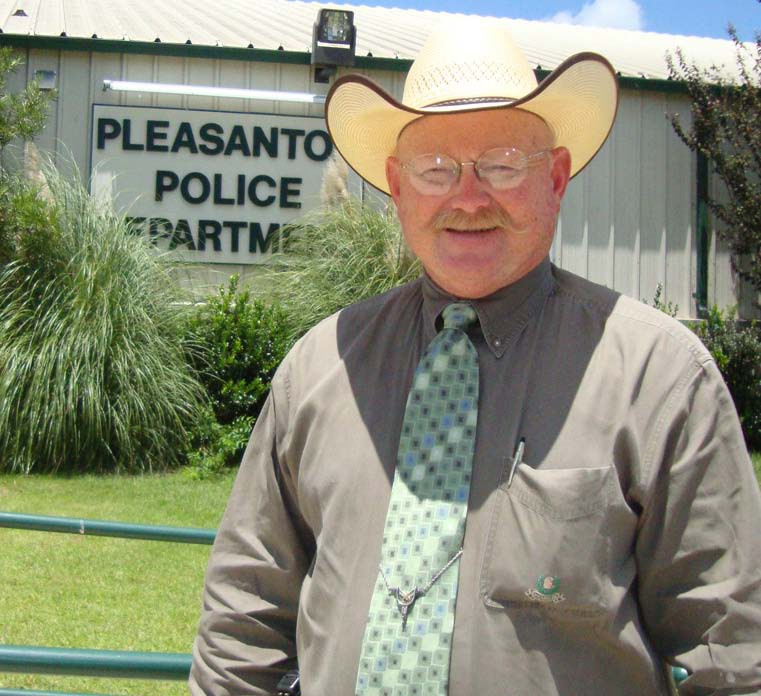 John Eric Rutherford has been named Interim Chief for the Pleasanton Police Department. The appointment comes after the recent retirement of former Chief Gary Soward. Pleasanton City Manager Bruce Pearson made the announcement on Monday, July 23. “Interim Chief Rutherford will make sure the day to day duties of taking care of our citizens are being handled,” said Pearson.

Rutherford was named Assistant Chief over 12 years ago.

He graduated from the police academy in 1982 and began his law enforcement career patrolling the streets in Jourdanton. He then joined the Pleasanton Police Department in February 1985. Later that year, he was promoted to Sergeant.

He holds an associate’s degree from Wayland Baptist College as well as a Bachelor of Science degree in Criminal Justice which he received in 1997. He also holds a Master Peace Officer Certificate issued by Texas Commission on Law Enforcement Officer Standards and Education, as well as an Advanced Instructor’s License.