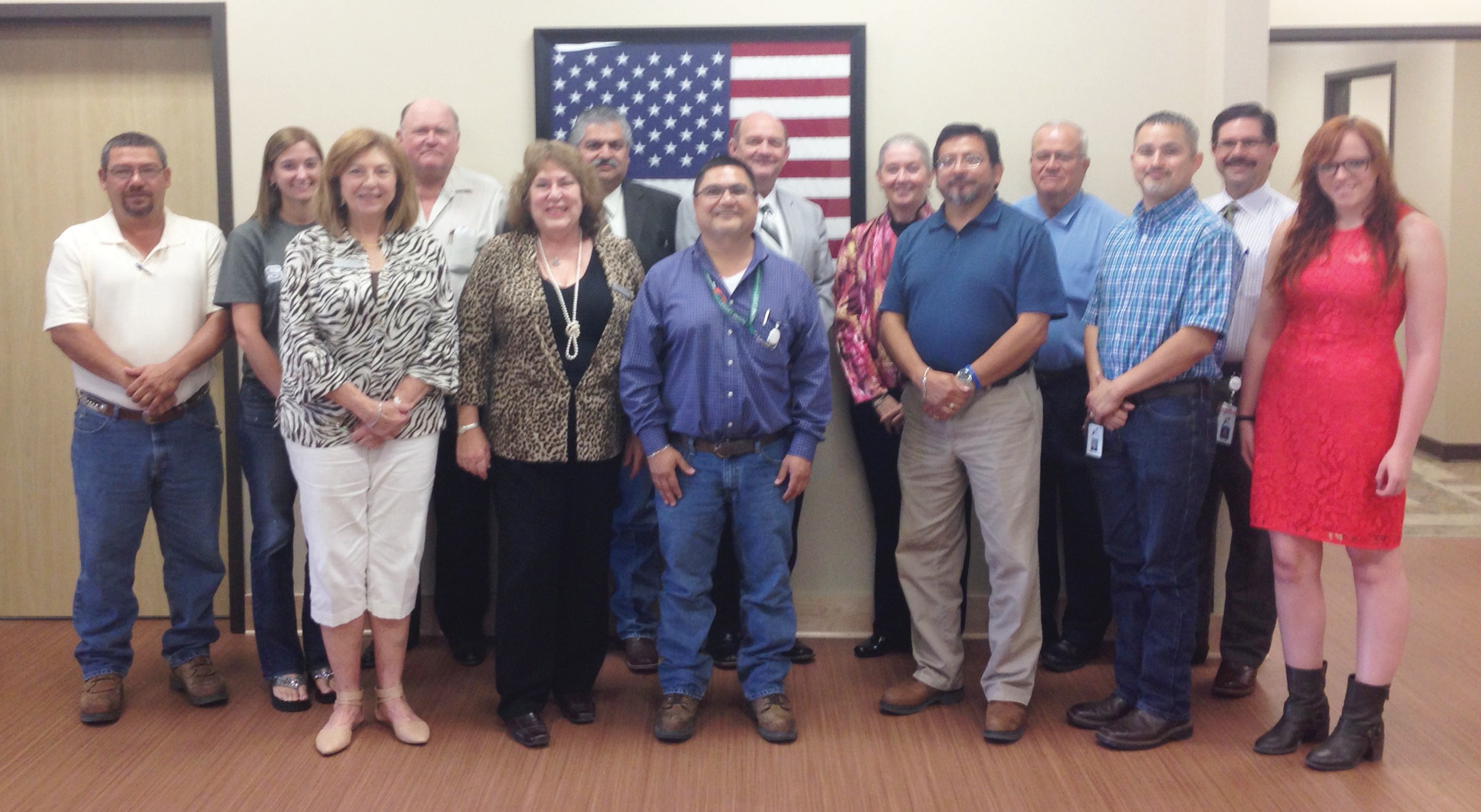 Texas Department of Transportation (TxDOT) personnel met with national, state and city officials to discuss improvements to the roadways in Pleasanton back in June at the request of Mayor Pro Tem Jeanne Israel (Councilmember, District 6).

At the intersection of Goodwin (FM3350) and Airport Road, a flashing light has been installed and a streetlight will be erected soon.

Crews will begin this week to rehabilitate the intersections on Bryant St. and FM476 (Bensdale), to include a crosswalk at Wilshire and FM476 across from Sherry’s Convenience Store.

Also a new intersection updates in the Wilshire/ Bryant at Bensdale/ FM476, FM476/Downey and/or intersection on FM476 at Coastal Bend College are planned.

There was also discussion of a streetlight and possibly a turning lane at the Pulliam and FM3350 intersection.

A “No Thru Trucks” designation from US Hwy. 281 to Airport Rd. on FM3350 and FM476 between FM242/Bensdale Road and US Hwy. 97/Oaklawn Road (Bryant Street), if approved, will amend the truck route ordinance. This item is on the the August 7 Pleasanton City Council agenda.

The sidewalks originally discussed in the “Safe Routes to School” are not included in this upgrade, but a lengthy discussion took place and Gilbert LaFuente, U.S. Congressman Henry Cuellar’s Outreach Coordinator, said he would be keeping the city in mind if funding becomes available again through the Federal Transportation Bill or other means. The addition of sidewalks from FM476 N at Encino Dr. to FM476 S (Bryant) at FM3350 were being considered.

A stoplight at the new bypass construction at the Hwy. 97 E and CR431 intersection is also being installed. Completion date is set for September 16.

Construction on the Bryant street crosswalks should be completed by the end of 2014. A timeline for the other improvements will be reported when the schedule is received from TxDOT.