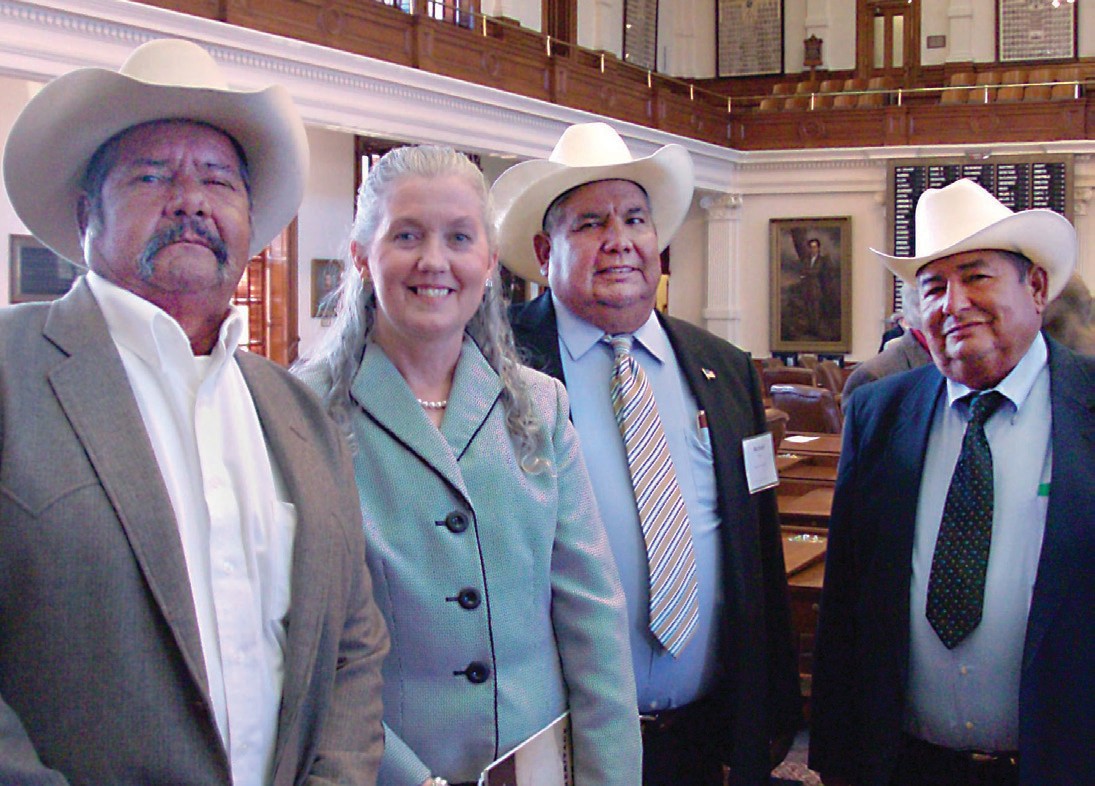 Richard Reyes (second from right) is pictured with Atascosa County Judge Diana Bautista and his brothers David and Albert Reyes at the State Capitol. The family was honored for more than 100 years of active agriculture on their farmland from the State of Texas in November 2011.

The Poteet Rotary Club has named Richard Reyes as the Honorary Strawberry Grower of the Year. Reyes, a Poteet native, passed away on January 11 of this year.

He was born to Eduardo and Manuela Rodriguez Reyes and had a childhood of farming with his family. Eduardo Riojas Reyes and his older brother, Estasnilado, began farming their land in the mid 1930s. Richard returned to the business of agriculture after serving in the US Army. He joined his father and brothers raising various crops including squash, peas, peanuts, watermelon, corn, and strawberries. The Reyes Farm was honored at the state capitol in Austin during the Heritage Land Ceremony in 2011. This event recognized the family’s tradition of farming and owning the same farmland for 143 years. Richard was one of the first named Strawberry Grower of the year. He served on the Poteet Strawberry Festival Association as a director and grower liaison. He also did his fair share of working in booths during the festival.

He married Victoria Briones after his service to our country. They have three daughters, Shirley (Alex) Natal, Anna (Jeffry) Salas, Jessica (Bradley) Bartlett and nine grandchildren.