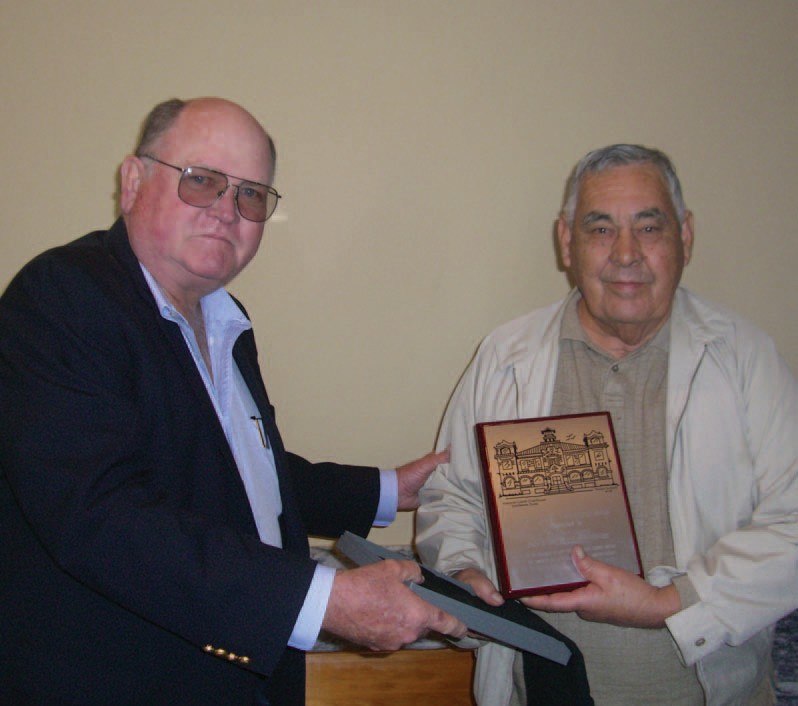 Other Atascosa County Commissioners are Lon Gillespie (Pct. 1), Bill Torans (Pct. 2) and Freddie Ogden (Dist. 3). Torans was not in attendance.

The District Court Order setting court reporter salaries for 2012 was approved unanimously. Atascosa County Judge Diana Bautista explained that this is also among five counties. Samson pointed out that the Auditor’s Office salaries did not change, but the District Judges did increase the court reporter’s salaries a little bit.

The court also unanimously set the salaries for 2012 as listed in the budget (for the rest of the staff), which does not include raises.

Treasurer Laura Pawelek received approval for a line item budget amendment. This includes moving a grand total of $799.45 from the bond premiums, telephone, salary, retirement and Social Security categories to the office supplies and postage categories.

Continuing education hours were entered into the Commissioners Court minutes.

Commissioner Gillespie requested and received approval for the $13,000 line item budget amendment to be used for the gas, oil, service station category and the battery, tires and tools category and telephone category.

Commissioner Carroll’s request for a transfer employee was also approved unanimously. The employee is Fernando Rangel, for the truck driver position. Carroll’s request was also approved for a line item budget amendment. This moves $7,000 in funds to be used for general supplies and the gas, oil and service station category. Carroll also informed the court that he had been approached by an oil company about a county road that was abandoned in 1979.

The pre-clearance letter from the United States Department of Justice was entered into the Commissioners’ Court minutes. Judge Bautista commented that in reference to redistricting, the primaries will not be in March, but in April. If there is a run-off election, it will be in June. Bautista said she had already notified the cities that the county is not going to give up their voting machines to any of the cities or school districts.

The next Commissioners Court meeting will be Jan. 9 at 9 a.m. 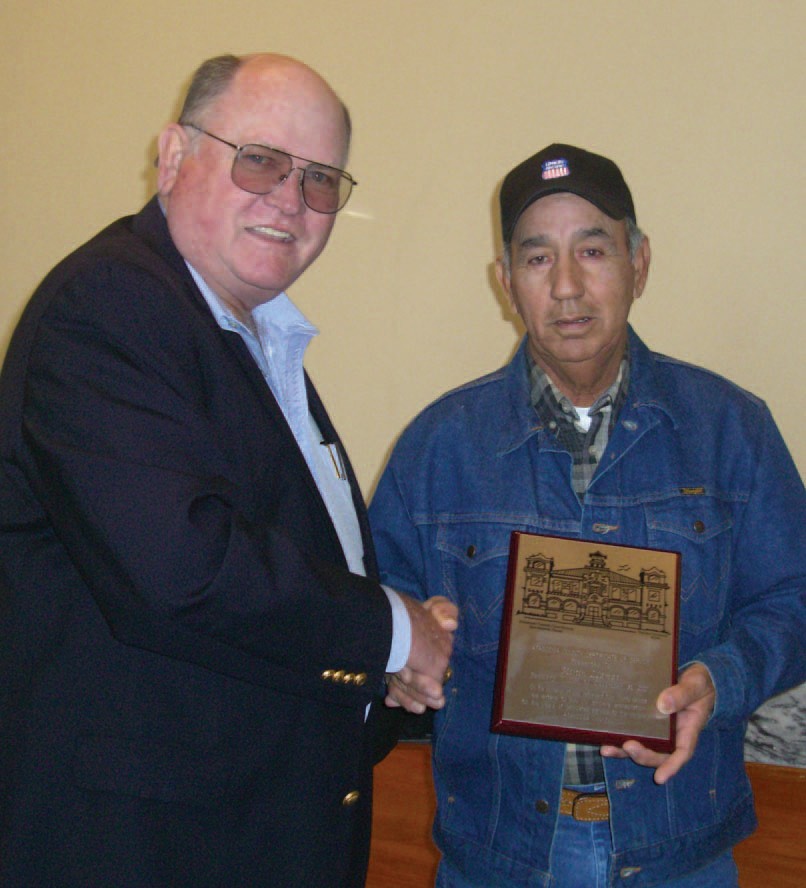 Retiree Martin Llamas receives a plaque from Atascosa County Commissioner Bill Carroll for his 26 years of service. He started working for the county January 7, 1986.