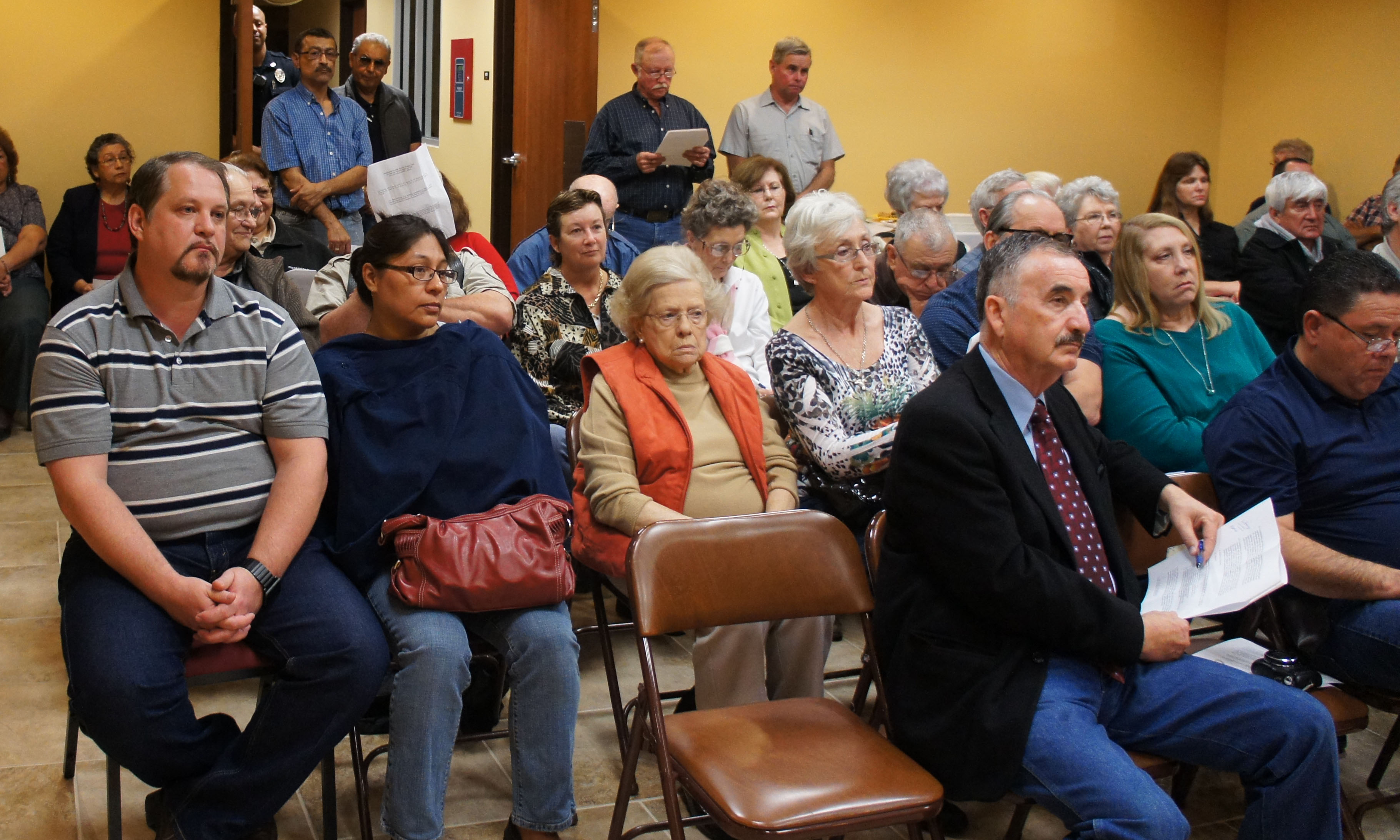 The crowd shows its displeasure with the majority vote of the Pleasanton City Council. A special election will decide the fate of the Community Center/Library plans and partial closure of Main Street.Lisa Luna|Pleasanton Express