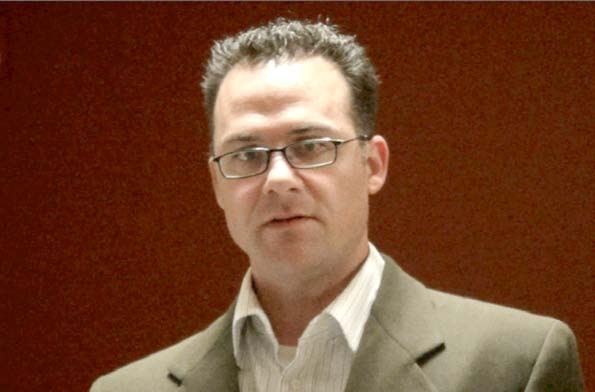 The consultants hired to perform various studies on the Pleasanton Community Center/Library project revealed their findings at the June 4 council meeting.

Jim Major of Terracon Consultants Inc. reported that the geo-physical study did not find anything of special concern.

The discussion began with City Manager Bruce Pearson saying it was an important night for everyone. He gave a brief re-cap, explaining that about 1 1/2 months ago, he met with City Attorney Bobby Maldonado, architect Robert Guajardo, Mayor Clinton J. Powell and City Engineer John Metting. After that meeting, Pearson had asked the council to allow city staff to move forward on the project.

He had also recommended that the buildings be inspected again, as it had been about four years since the last one. Pearson especially requested this since the buildings had no climate control for four years, which would cause changes. Also, because debt was issued since the original purchase of the buildings, Pearson had also asked for an environmental study 1 and/ ora2studyifneeded.

“I want the citizens to know that these consultants over here have done about three months of work in about five-six weeks. I want them to know how much I appreciate that,” said Pearson.

Aside from the debt issued, the environmental studies were also asked to be done because of the history of some of the former businesses at the site.

“Tonight we have the distinct opportunity to come together as a community. Regardless of what has happened in the past, let’s move forward. Let’s walk across the aisle after this meeting with those that we’ve had disagreements with. Let’s offer the hand of fellowship,” said Pearson.

Moving forward needs to be done for the betterment of the community, as well as for the children who talk about it everyday at school, said Pearson.

The audience first heard from the environmental consultants with Terracon, Mr. Major and Mr. Garrett.

Major said that they performed a geo-physical study consisting of ground penetrating radar. This, said Major, can detect differences in density. They did find three anomalies, said Garrett, but nothing consistent with large underground storage tanks. The anomalies appear to be consistent with disturbed soils.

They conducted field screening and they did detect very low concentrations of petroleum, said Major. This is consistent with some of the past uses of the property. However, these concentrations are lower than what the state allows. This indicates there probably was a facility there that had some minor leaks, but nothing of concern.

Councilman J.R. Gallegos asked, “So nothing needs to be dug out or removed?”

Major answered that they did not drill inside the building. On a facility that might have been a service or gas station, sometimes there are small areas where there would have been a grease pit or a hydraulic lift. They did not see any indication of such things. However, with the significant removal of concrete, small amounts of petroleum may be encountered. If something like this was encountered, said Major, it could be disposed as nonhazarous waste, something simple.

Next, was a PowerPoint presentation from the architectural firm, structural engineer and general contractor. Heath Wenrich said they were asked to conduct visual observations of the buildings, noting indications of structural problems or distress. They were asked to review the previous evalu- ation report and proposed construction documents, as well as evaluate the existing structure with respect to the proposed renovations. The team also prepared opinions of the probable cost for all options. They also reported their opinions and recommendations.

Wenrich explained there were four structural systems throughout the building: all steel, a hybrid of steel pipe with wood members, all wood construction with some steel columns and finally, back to steel.

The three options are:

Ability to set floor heights to parking and plaza/accessibility.

No trenching of existing slabs.

The positive side of Option 1-As Is, is that it is the most affordable. The negatives of Option 1: Least flexible. Non conventional building techniques. Combustible materials. Least efficient envelope. Most unforeseen conditions. Work within building constraints. Opinion of Cost for Option 1: Building and parking renovation: $2,876,348. Structure breakout: $203,486. Plaza allowance: $250,000. Landscape allowance: $20,000. Existing structure evaluation: $15,000. Opinion of total building and site construction cost: $3,164,348.

For Option 3- Complete Removal, the positives are: it is the most flexible, conventional building techniques, non-combustible materials, most efficient envelope, least unforeseen conditions and work within site constraints.

The negative is it is the most expensive.

Opinion of Cost of Option 3:

Mr. Wenrich shared his excitement about the land that is available.

“The evaluation was right at the time that early voting on the building was going on,” said Wenrich. “So it kind of gave us a little excitement because initially we did not know about that.”

He added, “The idea of creating this core to the city, it struck us as being a real positive and something the city can build on.”

They called it the town center and showed a grid of a greenscape area vs. streets.

Pleasanton has a strong, historical city plan, something it could build off of, said Wenrich. The town center is in proximity to a large green belt. This is a positive for future planning.

He also showed a drainage area that he considers a plus. It is already paved and with some minor clean-up, this area would stretch about five blocks and be within a couple of blocks of the high school.

“The idea of being able to connect the school down to that city area seems to make a lot of sense,” said Wenrich. “This core area could be a catalyst to this city’s future development is really a positive.”

Some more discussion ensued with Councilmembers Gallegos, Israel and Saenz raising a few questions on the presentation.