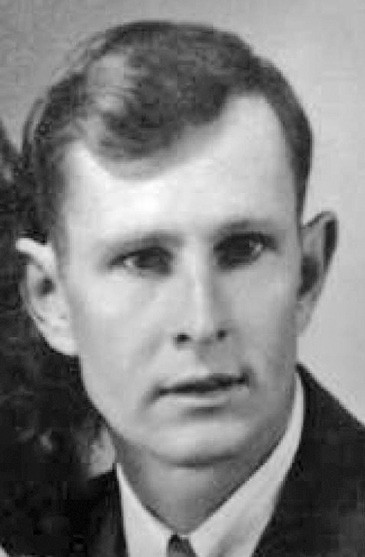 Rees rode his horse four miles to Leming to attend school. There he learned to play the fiddle, an instrument he inherited from his mother’s first husband, Urich Childers, who died at an early age.

Rees was preceded in death by his wife Marjorie McDonald and three brothers, Arnot, Lanier and R. L., who died in early childhood. All his life he farmed his mother’s land and leased land from Rosie Meyers and E. T. Page Sr. In 1945 he married Marjorie McDonald, the best decision he ever made, according to him. They had two daughters, Janice and Neda. Rees loved Marjorie, children and music. Sonny Eichman, Wayne Norment, Bill Pennington and Rees formed the “Baptist Dance Band” that played many free benefits including Texas Day for the Poteet Elementary School for 20 years. He judged the “Old Fiddlers Contest” at the Poteet Strawberry Festival for over 40 years. He was an original stockholder in the Atascosa National Bank and a member of the First Baptist Church of Poteet for 56 years where his father was its first minister and where Rees unveiled its historical marker in 2014.

Visitation will be on Thursday, May 1 at the Hurley Funeral Home in Pleasanton from 2-8 p.m., with the family present from 6-8 p.m. Funeral services will be at 2 p.m. on Friday, May 2 at the First Baptist Church in Poteet. Burial will follow at the Rutledge Cemetery.

To leave condolences for the family visit www.hurleyfuneralhome.com.