Show continues to be a huge success 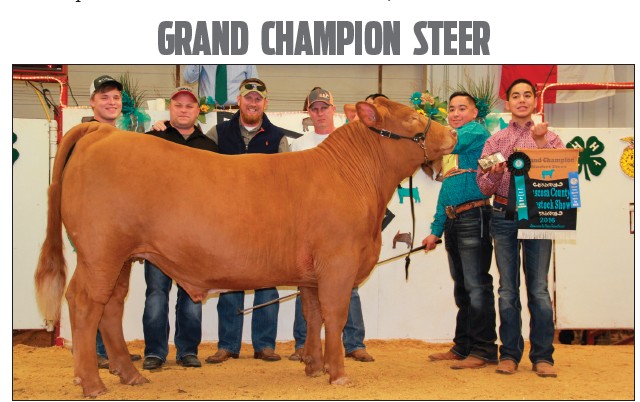 Though the sales price for Ruben Guzman’s Grand Champion Steer was up $500 from last year’s sale, the overall sales was down due to fewer projects making it to the sale.

There were over 1,056 entries that were judged this year.

Auctioneeer Joey Tomlinson always does his best to work the crowd to bid more for the participants, too. The ringmen, led by the man with the mike, Justin Taylor included Dale Rankin, Mike Harrison, Kevin Sparks, Roper Yow, Joey VanHecke, Ricky Guerra and Clint Rodriguez.

This year’s show was dedicated to the Atascosa County Cheriff’s Department and the Jourdanton Volunteer Fire Department.

Announcer Robert “Doc” Williams cited their efforts over the years keeping the showbarn safe during the the whole show.

A special section will be printed on February 3 with more results of this show and the McMullen County Livestock Show with lots of photos.