PYF Cowboy of the Year Rodeo Festival next weekend 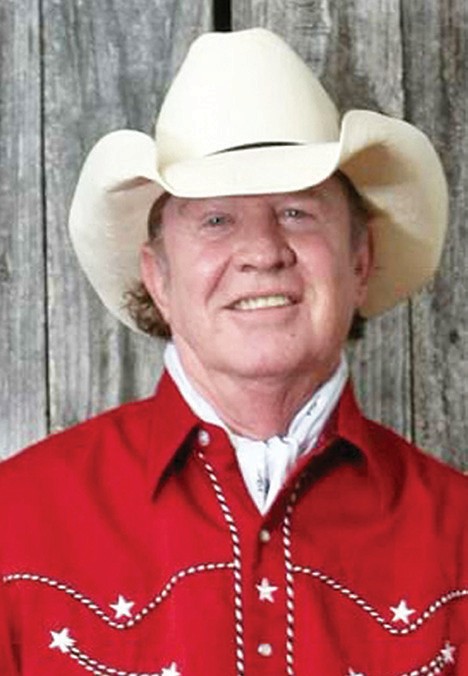 Following last year’s expanded – and very successful– rodeo festival, the Pleasanton Young Farmers are preparing another weekend of rodeos, ceremonies, barbeque cook-off and more. The event will be held August 16 and 17.

While keeping the tradition of an entertaining rodeo complete with the announcement of the Atascosa Working Cowboy of the Year and induction of Hall of Fame – plus a dance afterwards, they are expanding the fun to Saturday afternoon with a barbecue cook-off, washer tournament, chicken roping and welding rig contest.

The Cowboy of the Year and inductee(s) into the South Texas Cowboy Hall of Fame will be announced before the rodeo at 7 p.m. on Friday, August 16. Rodeos begin at 7 p.m. both nights.

Last year, Mike Shearrer was named as the 2012 Working Cowboy of the Year and Ysidro Regalado, Jose Angel Calvillo, Johnny Escalante and Wendell Munson were inducted into the South Texas Cowboy Hall of Fame.

The All-Around Winner at the Pleasanton Young Farmers’ Cowboy of the Year Rodeo will win a custom made three-horse slant trailer. The prizes also feature $17,500 in added money.

On the slate for music for the two-day event will be Gary P. Nunn on Friday night. On Saturday, Bracken Hale Band will open for Steve Wariner. All performances will begin after the rodeo.

According to his online biography, Gary P. Nunn has been taking Texas to the country and Texas country to the world for some 40 years now, establishing himself as an icon of Lone Star music. A founding father of the progressive country movement out of Austin in the 1970s that changed the face of popular music, Nunn is also an independent music pioneer who continues to oversee his own record label and song publishing companies, manage his own career (with the help of his wife Ruth), and play most every weekend at top music venues throughout Texas and beyond. His composition “London Homesick Blues” — with its internationally known “I wanna go home with the Armadillo” chorus — is a signature Texas country song that was the theme for the PBS concert TV show “Austin City Limits” for nearly three decades. It’s no wonder that All Music Guide hails him as “a Texas music institution.”

Born in Oklahoma, Gary P. Nunn found his heart’s true home in the Lone Star State after his family moved to West Texas when he was in sixth grade. In the town of Brownfield just outside of Lubbock, he was an honors student, excelled in athletics, and started his first band soon after arriving. When he landed in Austin in 1967 to study pharmacy at the University of Texas, he presaged the “cosmic cowboy” movement to come with one of Austin’s favorite bands, The Lavender Hill Express, with the late Rusty Weir. After Willie Nelson, Michael Murphey and Jerry Jeff Walker all moved to town, Nunn was such a pivotal figure on the scene that at one point he was playing bass with all three artists. His talents on keyboards and vocals were also heard on many of the legendary albums from that era.

Nunn was a key figure in The Lost Gonzo Band when they recorded Jerry Jeff Walker’s landmark ¡Viva Terlingua! album, on which “London Homesick Blues” was a breakout hit.

After four years and six albums with Walker, The Lost Gonzo Band struck out on their own in 1977 to record three critically acclaimed major label albums. Then in 1980, Nunn went solo when the Gonzos called it a day, and he hasn’t looked back since.

And now, more than half a century since he first started playing music, Nunn enthuses, “I’m having more fun now than ever. It just feels good. When you have a great band behind you and the audience is out there on the dance floor, you just say, ‘Yeah! This is the reason I got into this in the first place.’ I love it more than ever.”

Grammy-winning singer, songwriter, guitarist, producer and Grand Ole Opry member Steve Wariner has made indelible contributions to the world of country music, starting when he joined Dottie West’s band as her bass player at the tender age of 17.

Seven years later, in 1980, after working for Bob Luman and his musical hero, Chet Atkins, Wariner scored his first top-10 hit, “Your Memory,” on RCA Records. Over 30 additional top-10 singles would follow, including 14 #1’s songs like “The Weekend,” “Small Town Girl,” “Some Fools Never Learn,” “Tips of My Fingers” and “Where Did I Go Wrong.”

Wariner has also written many hit songs recorded by others, including Garth Brooks’ “Longneck Bottle” and “You Can’t Help Who You Love,” Keith Urban’s “Where the Blacktop Ends,” Clint Black’s “Nothin’ But The Taillights” and “Been There,” and Bryan White’s “One Small Miracle.”

In addition to his songwriting awards, Wariner has won two Grammy Awards – in 1992 for Best Country Vocal Collaboration and in 2000 for Best Country Instrumental. He won the Country Music Association’s Single and Song of the Year awards in 1998 for his #1 hit, “Holes in the Floor of Heaven,” which was also the Academy of Country Music’s Song of the Year in 1999. Wariner has three gold albums to his credit – I Am Ready (Arista), Burnin’ the Roadhouse Down and Two Teardrops (Capitol). He joined the Grand Ole Opry in 1996. In 2002 he started his own label, SelecTone Records, where he released three albums – Steal Another Day, Guitar Christmas and This Real Life.

Known for his humanitarian efforts, Wariner has worked to benefit the Juvenile Diabetes Research Foundation, earning the 2006 JDRF Angel Award from the Los Angeles Chapter along with Garth Brooks. He also received the 2002 Minnie Pearl Humanitarian Award.

In 2009, Wariner won a Grammy for Best Country Instrumental Performance for the track “Cluster Pluck” from Brad Paisley’s album Play with Brad Paisley, James Burton, Vince Gill, John Jorgenson, Albert Lee, Brent Mason and Redd Volkaert. The same year he was inducted into the National Thumbpickers Hall of Fame. He then won another Best Country Instrumental Grammy Award for “Producer’s Medley” from Steve Wariner, My Tribute to Chet Atkins.

Wariner was inducted into the Kentucky Music Hall of Fame on April 7, 2011.

He will perform Saturday, August 17. Bracken Hale Band will open immediately after the PYF rodeo.

The sponsor for the music this year is Glazer Distributing.

While the barbecue cookoff sanctioned IBCA event, they will follow the same rules.

Head Cook meeting will be held at 8:30 a.m. Saturday morning. Meat inspection will be on Friday.

A washer tournament and chicken roping will also be held during the day. A new contest, Best Welding Rigs, is also planned for the afternoon. A $20 registration fee will be collected. First place will win a trophy and a Yeti cooler. Second and third place will wish cash prizes. Call Dustin Neal at 830-570- 2814 for more details.

As with any festival, there will also be lots of vendors selling their western style crafts.

Tickets are available at Paisley’s Boutique, 307 2nd St in Pleasanton. 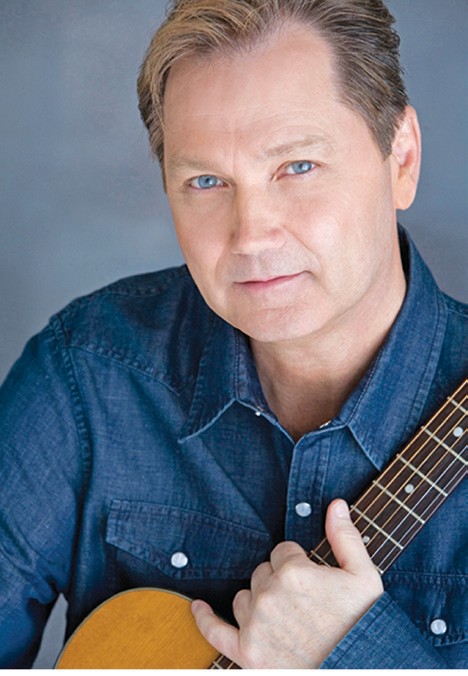 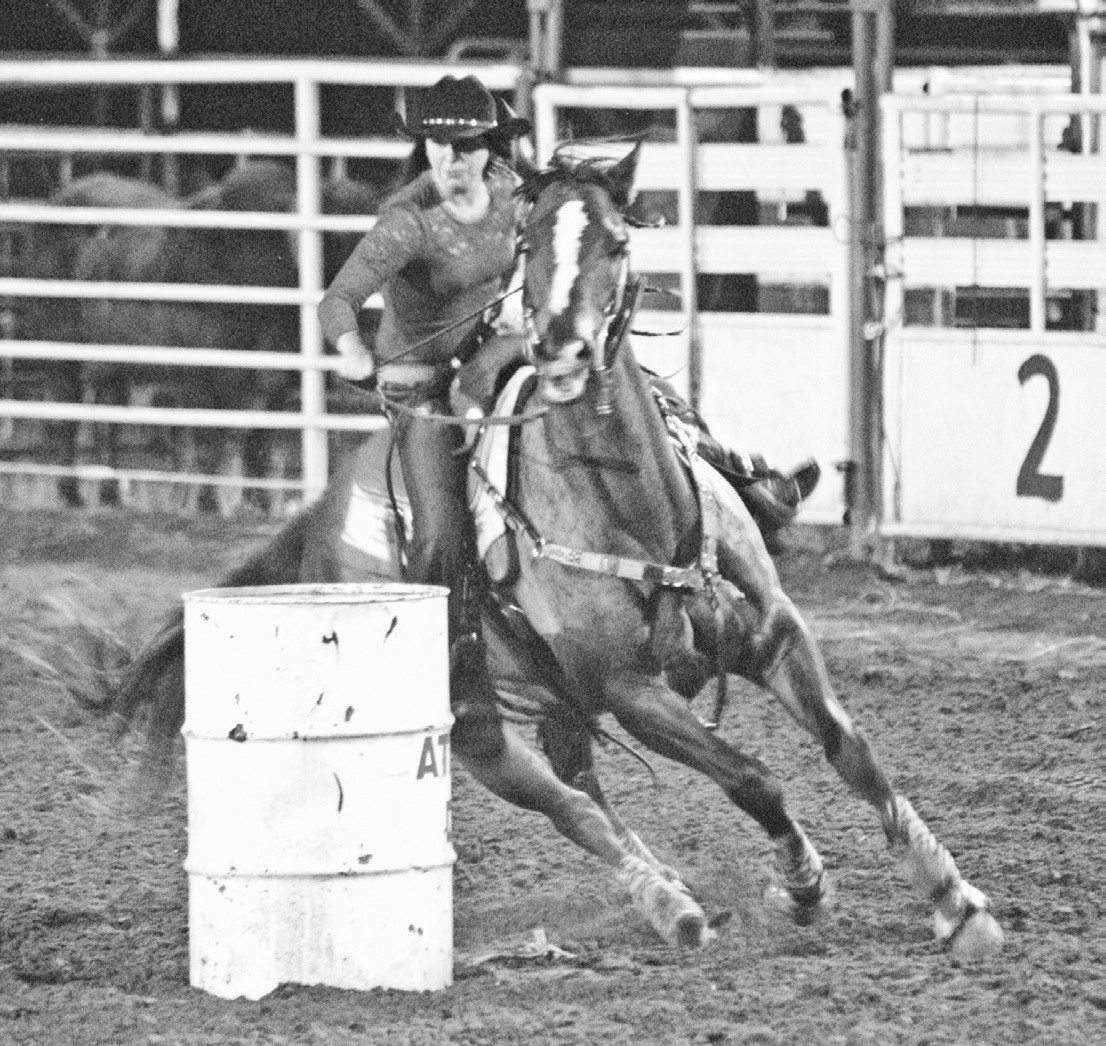 Come to the Pleasanton Young Farmers’ Rodeo & Festival, August 16 – 17. Enjoy some wonderful rodeo talent and come dance the night away.