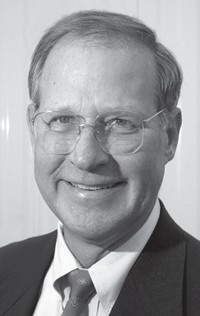 What a mess. There seems to be a growing battle over Public Potty Policies: what to do about which bathrooms trans-gender people can and can’t use.

Jumping out in front of the Texas Lap Patrol is Republican Lt. Gov. Dan Patrick. He rushed off to Fort Worth recently to hold a press conference just before a meeting of the Fort Worth Independent School District’s board of directors.

Other than to cash in on publicity on a controversial issue, just as the Republican Party’s state convention in Dallas was kicking into high gear, Patrick was amplifying his earlier call for the resignation of the district’s superintendent, Kent Paredes Scribner.

Scribner’s sin was announcing the district would allow trans-gender students to use the restrooms of the sex with which they identify. Scribner, superintendent for less than a year, said he had no intention of resigning.

Patrick, like North Carolina Republican Gov. Pat McCrory and that state’s Republicandominated legislature, insists trans-gender students must use the bathroom of the sex listed on their birth certificates. Not far behind Patrick in the Texas Lap Patrol are Atty. Gen. Ken Paxton and Gov. Greg Abbott, both Republicans, who have also condemned the idea of a person born male who identifies as a female using restrooms and locker rooms designated for females.

North Carolina’s action came shortly after the city of Charlotte, where Gov. McCrory used to be mayor, had passed an ordinance allowing trans-gender people to use the public bathroom of their gender identity.

In a special session, the legislature passed and McCrory signed a bill forbidding ordinances like Charlotte’s.

Charlotte had passed the ordinance to avoid discrimination objected to by hundreds of national companies, by professional and amateur sports leagues, entertainers and others, who could boycott places that follow the example of McCrory and Patrick.

Indeed, shortly after McCrory signed the bill undoing Charlotte’s ordinance, some national companies postponed or canceled expansion plans in North Carolina. Entertainers like Bruce Springsteen canceled concerts. The National Basketball Assn. said it would pass on having its All-Star game in Charlotte next year unless the law was undone.

The administration of Democratic President Barack Obama also went into action. North Carolina officials were warned the law violates the federal Civil Rights Act, and could jeopardize federal education funding. U.S. Attorney General Loretta E. Lynch, a North Carolina native, and the first black woman to run the Justice Department, in a press conference May 10, compared the trans-gender bathroom issue, plus same-sex marriage, to the race policies of the Jim Crow era – when signs over water fountains and restaurants sanctioned racial discrimination.

“Instead of turning away from our neighbors, friends and colleagues, let us instead learn from our history and avoid repeating the mistakes of our past,” Lynch said.

North Carolina responded to the federal threat by suing the Justice Department, which quickly countersued.

And then on Friday, May 13, the Obama administration declared that the trans-gender non-discrimation policy should be followed by school districts nationwide.

“Once again, the Obama Administration has overstepped its constitutional bounds to meddle in the affairs of state and local government,” Paxton said. “Today’s announcement seeking to unilaterally redefine and expand federal law must be challenged.

“If President Obama thinks he can bully Texas schools into allowing men to have open access to girls in bathrooms, he better prepare for yet another legal fight,” Paxton warned.

Patrick and some Republican legislators are already planning to introduce similar measures when the Texas Legislature meets next year.

Patrick reminded The Dallas Morning News that he “took an active role in defeating the Houston ordinance last year that allowed men to enter ladies’ bathrooms and locker rooms. “This issue is plain and simple: we should not allow men into women’s restrooms,” Patrick said. “We worry too much about being politically correct and not offending anyone.”

The executive director of the gay rights organization Equality Texas, Chuck Smith, said lawmakers should be worrying about other things than telling people where to relieve themselves.

“Texans know which restroom to use and they don’t need any help from the Legislature,” he said. “If we really care about public safety, we would leave this alone and not be doing things and saying things that might incite violence against transgender people.”

Earlier in the week, Patrick said he’s willing to risk his political career over the issue.

“If it costs me an election, if it costs me a lot of grief, then so be it,” Patrick said. “If we can’t fight for something this basic, then we’ve lost our country.”