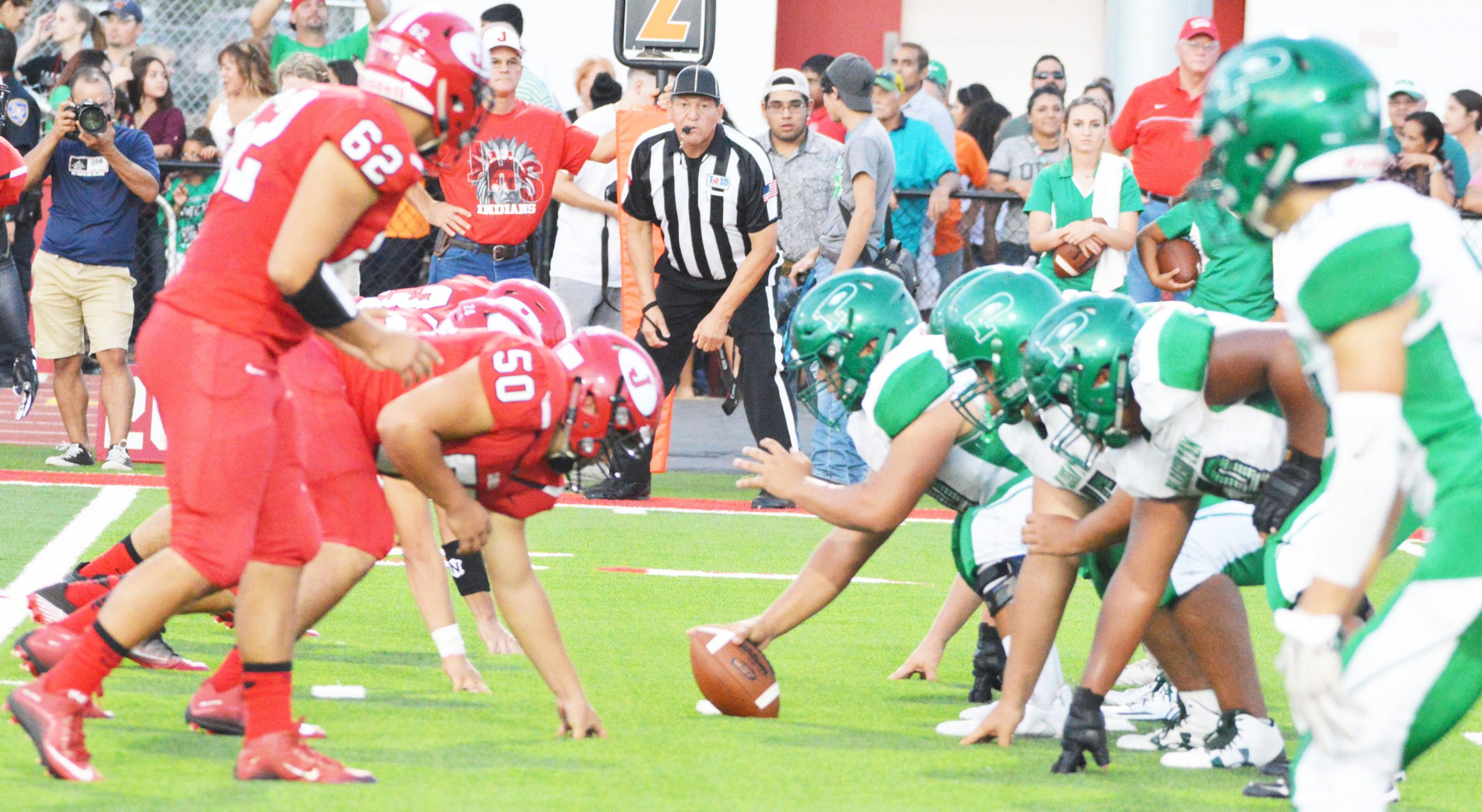 Pleasanton and Jourdanton line up in their game last September. Dave Campbell’s Texas Football predicted the Eagles to make the playoffs and the Indians to take fifth in their district this season.

If the state’s high school football “bible” is correct, there will be only one playoff team from Atascosa County this season.
Dave Campbell’s Texas Football magazine, which hit news stands in June, predicted a fourth-place finish for Pleasanton. Jourdanton, Poteet and Charlotte were each picked to place fifth in their respective six-team districts, which would leave them out of the postseason.
The Eagles, who enter 2017 following a 6-4 campaign, are picked behind Somerset, Beeville and Rockport-Fulton in District 15-4A Division I. Pleasanton missed the playoffs last season after a 2-3 run through district.
Somerset, led by DCTF’s Preseason Offensive MVP quarterback Zadock Dinkelmann, came in at No. 15 in the magazine’s Class 4A Division I rankings.
Goliad will be the class of District 15-3A Division I, according to DCTF. The preseason No. 13 Tigers are picked to join George West, Mathis and Taft in the playoffs ahead of the Indians. Jourdanton, which advanced to the postseason last year, went 5-6 in 2016.
A year after making the playoffs, Poteet is projected to finish behind District 14-4A Division II champion Devine, Pearsall, Crystal City and Carrizo Springs.
Charlotte went 4-6 in 2016 and is picked only ahead of Runge in District 15-2A Division II. Falls City and Flatonia are once again expected to finish at the top after deep playoff runs last year.