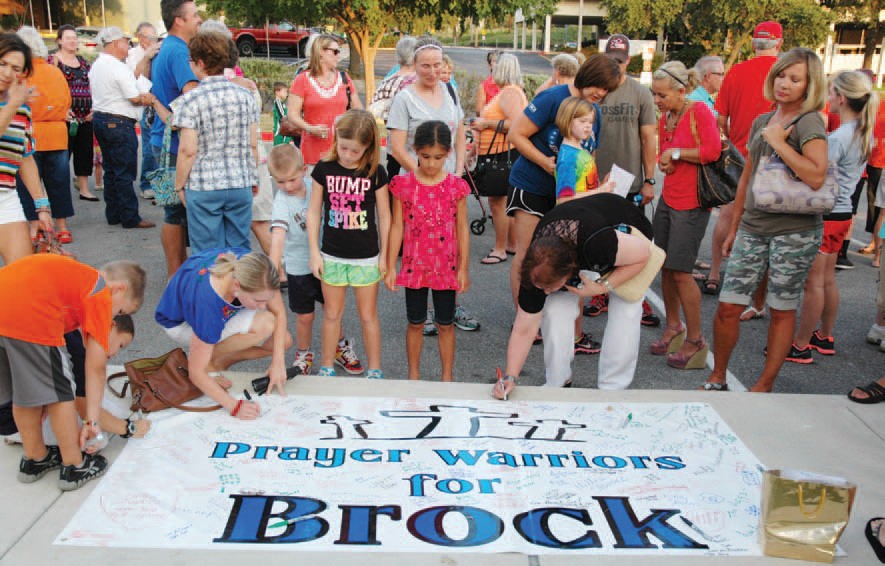 Young and old, friends and family signed the banner to show to the family of Brock Powell. Everyone gathered in the parking lot at Methodist Children’s Hospital in San Antonio this past Monday evening to hold a prayer vigil for the youngster who recently had open heart surgery and is suffering from staph infection complications.