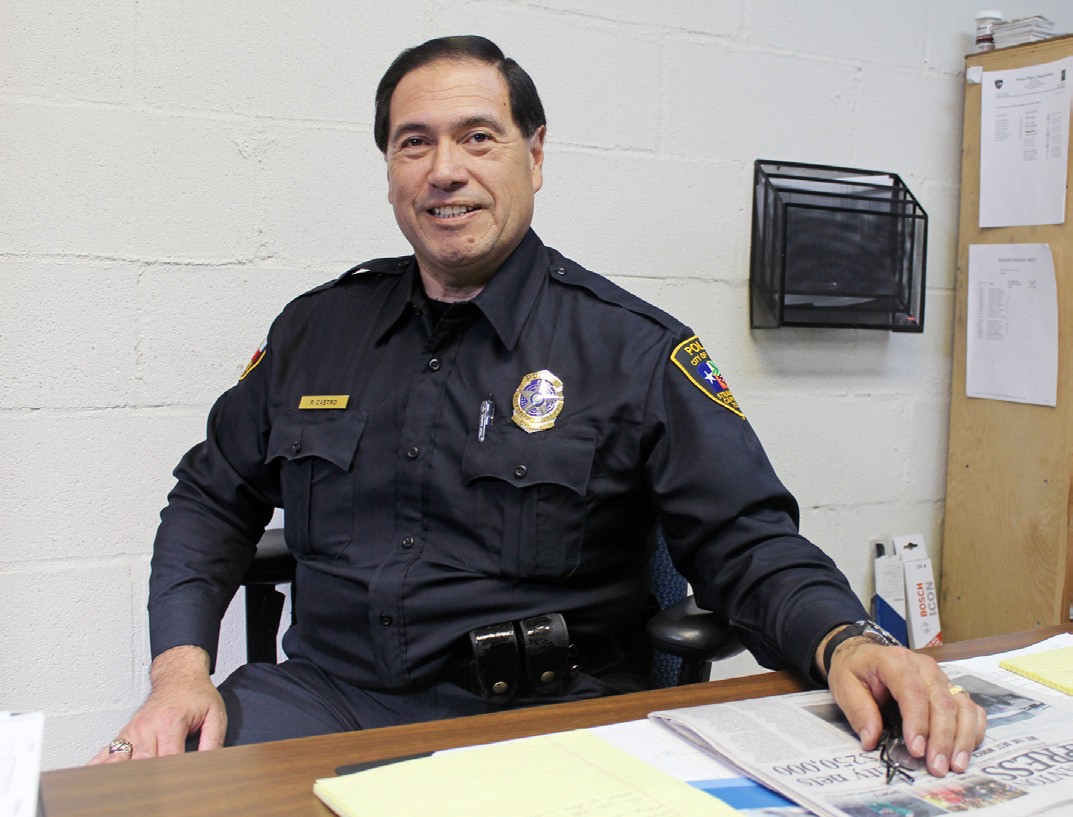 The City of Poteet hired Plutarco Castro as their new police chief on January 25, 2014. He said he would like to reintroduce Poteet ISD to some crime prevention programs.

Chief Castro stated, “I applied to the position because I felt I had the experience and education they were looking for.” He has been a police officer for more than 30 years; his first Chief of Police position was at Jim High County ISD, and has also served as a patrolman in Kingsville and Sabinal. He graduated with a Bachelor’s in Sociology and a Master’s in Education from Texas A&I (now known as Texas A&M Kingsville). He said that he chose sociology because “You need to know people,” as a police chief.

Castro can’t wait to start interacting with the body public of Poteet in person, “I want the people of Poteet to tell me what their concerns are, and that way we can address them. If I sit here behind a desk, I’m not going to be able to hear the pulse of the community.” New vehicles and software

Plutarco is excited about his department receiving two new GMC Tahoes and the CopSYNC information system. Jourdanton Police Department, Pleasanton Police Department and the Atascosa County Sheriff’s Department have CopSYNC, a software package that allows police departments to communicate with their own police officers and other agencies instantly. CopSync also a real-time map of where police officers are located, allows mass messages to be sent to all police within a certain area, and features optional packages that schools can use to communicate an incident to all police within a certain distance of a school. “They’ll be able to communicate with us and us with them,” said Chief Castro of the program. Poteet’s D.A.R.E program

The community has mentioned a number of drug problems, according to Chief Castro. “I totally believe in those programs.” Chief Castro said when he was in Kingsville that he served as the head of Kingsville Police Department Community Services Division, and that he managed programs like the Drug Abuse Resistance Education program (D.A.R.E). But, since he has left, Chief Castro says that crime prevention programs have not been supported as much. “While we were doing these programs, everything was under control,” Castro elaborated “but now you can tell the difference. From 2001, when the new police chief got rid of those programs, to today, truancy has gone up, everything has gone up, because there is nobody to mentor those programs.”

Castro says he has plans to get the Poteet PD’s school resource officer certified as a D.A.R.E officer and teach the D.A.R.E curriculum. Chief Castro says that people that knew him as Police Chief in Kingsville still ask him when the D.A.R.E program will be brought back to their school. D.A.R.E involves police officers teaching elementary students about drugs, the dangers of drug abuse and the criminal penalties associated with drug abuse. New Police officer positions open

Chief Castro said that he is posting two positions for full-time patrol officers in the Poteet Police Department.