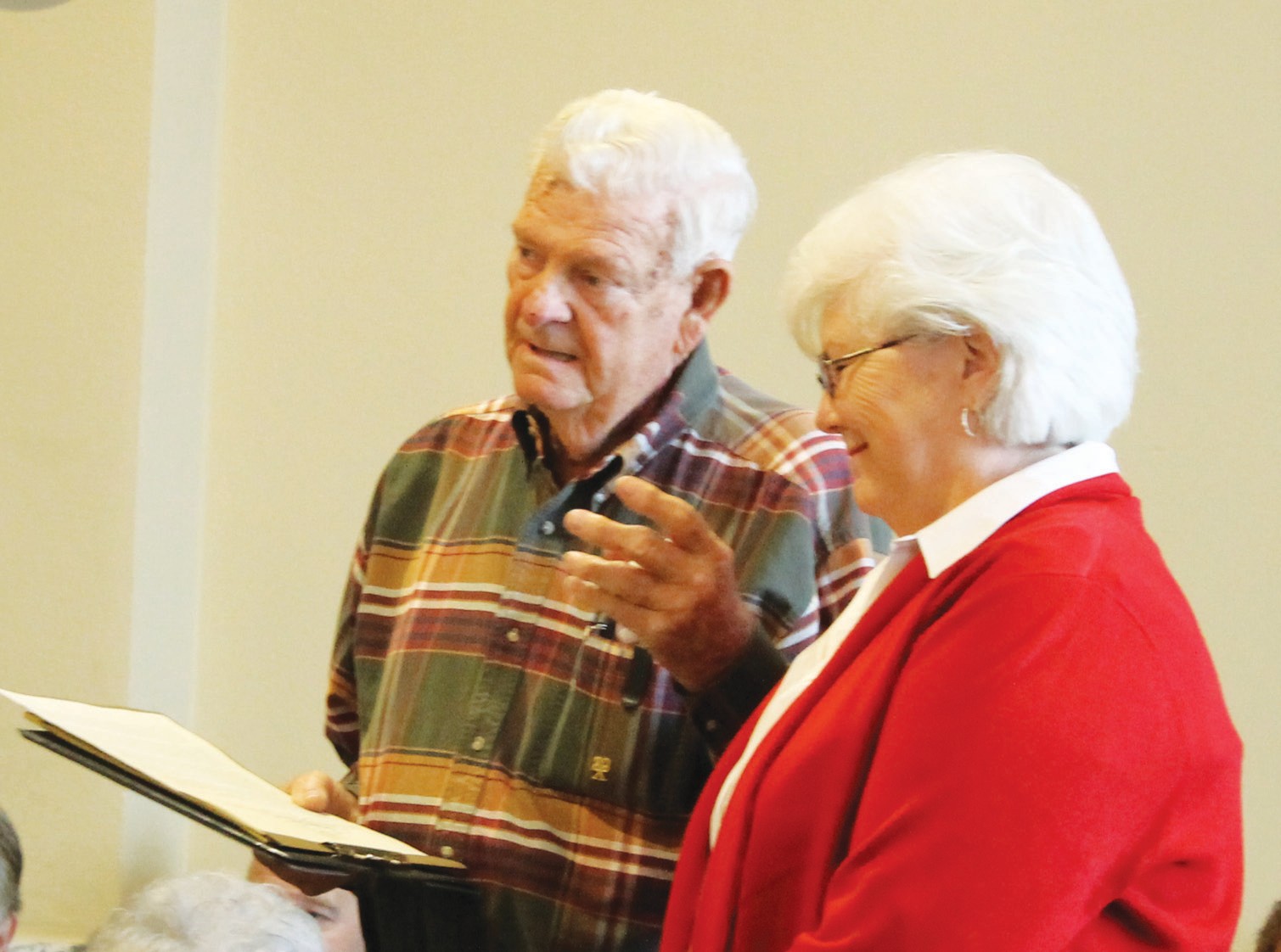 Commissioners unanimously accepted the resignation and appointed Barbara Westbrook as the new chairperson.

County Judge Diana Bautista read a resolution from the Texas House of Representatives, signed by Joe Strauss, Speaker of the House and Ryan Guillen, State Representative, District 31, commending Mr. Porter on his contributions to the study and preservation of Atascosa County, South Texas and Texas history.

The resolution says in part, “Whereas, in 2005, Mr. Porter was named Senior Citizen of the Year by the Pleasanton Chamber of Commerce for his noteworthy achievements; he has done extensive research on the San Antonio, Uvalde and Gulf Railroad and served as president of the Longhorn Museum Society for 10 years, helping to restore the SAU&G Railroad Depot and obtained a Union Pacific caboose for exhibition, in addition, he is a member of the Texas State Historical Association, and he has served as chair of the Atascosa County Historical Commission, president of the Pleasanton Cemetery Association, and vice president of the 2006 Atascosa Sesquicentennial Committee; and this esteemed author and historian gives informative talks to civic clubs and elementary school students and has been instrumental in obtaining Texas Historical Markers for such sites as the graves of former Texas Rangers; in addition, he has helped many visitors to Pleasanton locate the burial place of their ancestors.”

“Resolved, that the House of Representatives of the 81st Texas Legislative hereby congratulate Norman F. Porter, Sr. on the publication of Atascosa County History through 1912 and commend him for his many contributions to historical preservation and education.”

BELOW IS Norman Porter’s resignation letter to Judge Diana Bautista and the Atascosa County Commissioner’s Court:

After a number of years as your Chairman of the Atascosa County Historical Commission, I find it necessary due to medical reasons, that I resign as Chairman of this organization. It has been a number of years since County Judge Herber asked me if I would serve as Chairman. I readily agreed to serve as such and have continued in this position through all of Judge Bautista’s tenure.

This has been one of the greatest and personally rewarding opportunities to serve my county. I hope that the numerous Historical markers that have been placed in the county during this time will help county and out-of-county citizens understand the importance of Atascosa County history in state and national development. Some of the most rewarding programs sponsored by the Atascosa County Historical Commission have been the 100th Birthday Celebration of our Courthouse; the annual remembering of the 1813 Battle of Medina; the reenactment of the early Civil War Days in Atascosa County; and the most recent marker dedications celebrating the coming of the SAU&G (Sausage) Railroad and the development of the new town of North Pleasanton.

I want to sincerely thank Judge Bautista for her continuing support and service on the Historical Commission and I heartily thank you as County Commissioners for your continuing financial support, without which the organization could not thrive.

My request is that you continue to support the projects of the Commission and for you to make these projects a part of your busy County Commission duties. It is encouraging to see a Commissioner observing these county projects. 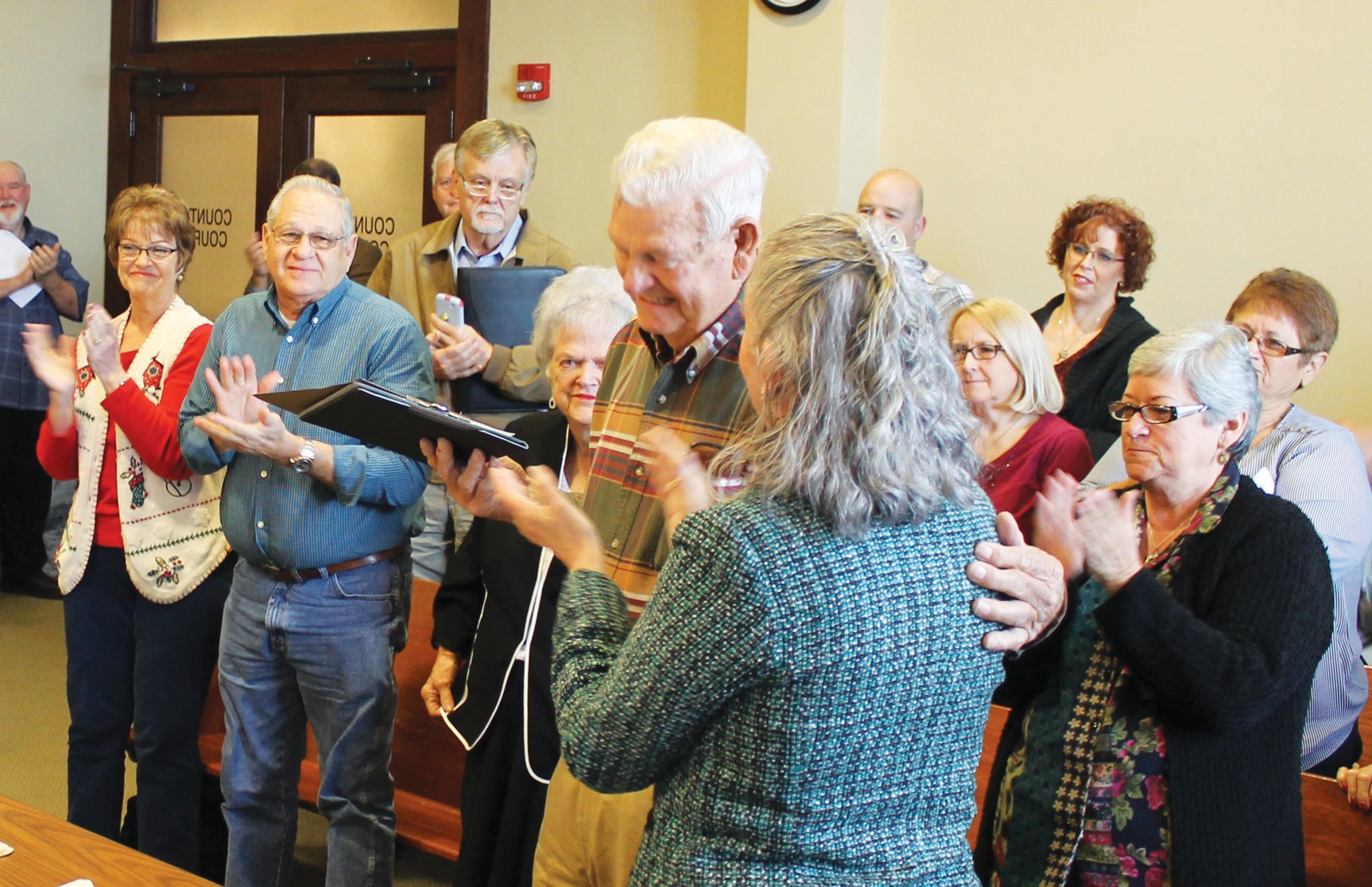 Norman Porter with Judge Diana Bautista, applauded for all his hard work and dedication to the Atascosa County Historical Commission.