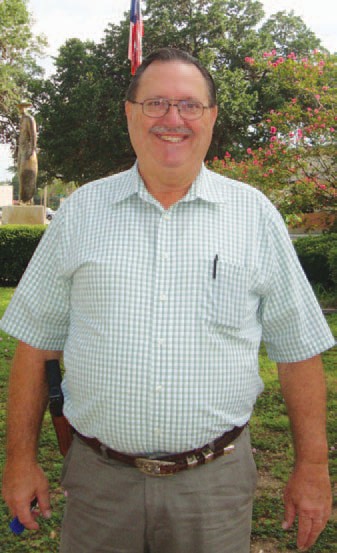 After 37 years of public service for the only police force he has ever known, Pleasanton Police Chief Gary Soward is retiring this Friday, July 20.

He began his law enforcement career as a dispatcher for the Atascosa County Sheriff’s department in 1974. He was hired as a patrolman with the Pleasanton Police department in August 1975.

“It has been a wonderful ride. There have been so many good memories as well as some sad moments,” said Soward.

Pleasanton City Manager Bruce Pearson commented. “This is more than a loss as a Chief of Police. It is a loss to the city as a great friend.” According to Pearson, an interim chief of police will be named later this week.