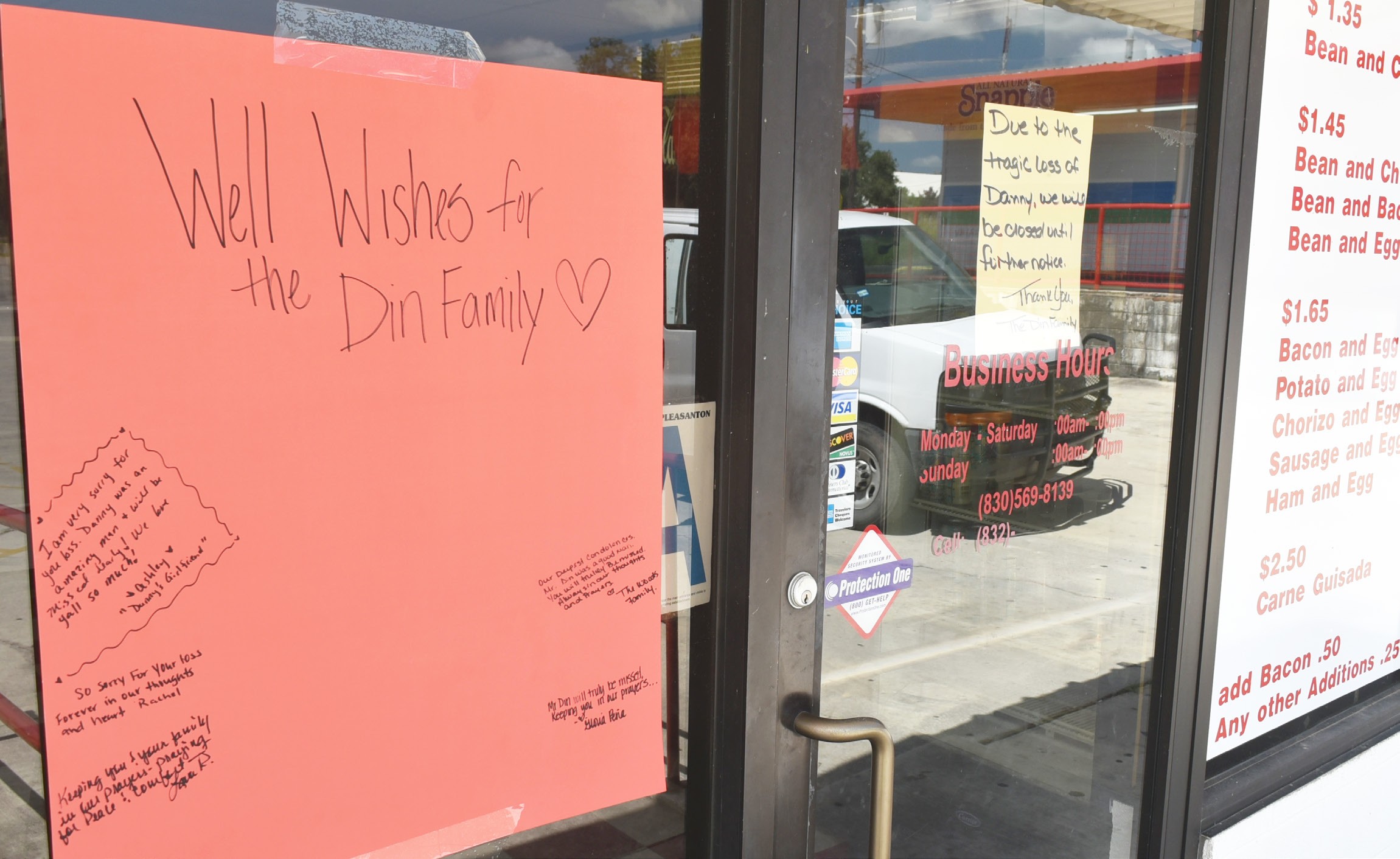 Customers of the Donut Palace in Pleasanton placed a sign to leave messages after the owner, Danny Din, drowned at Choke Canyon Lake over the weekend.