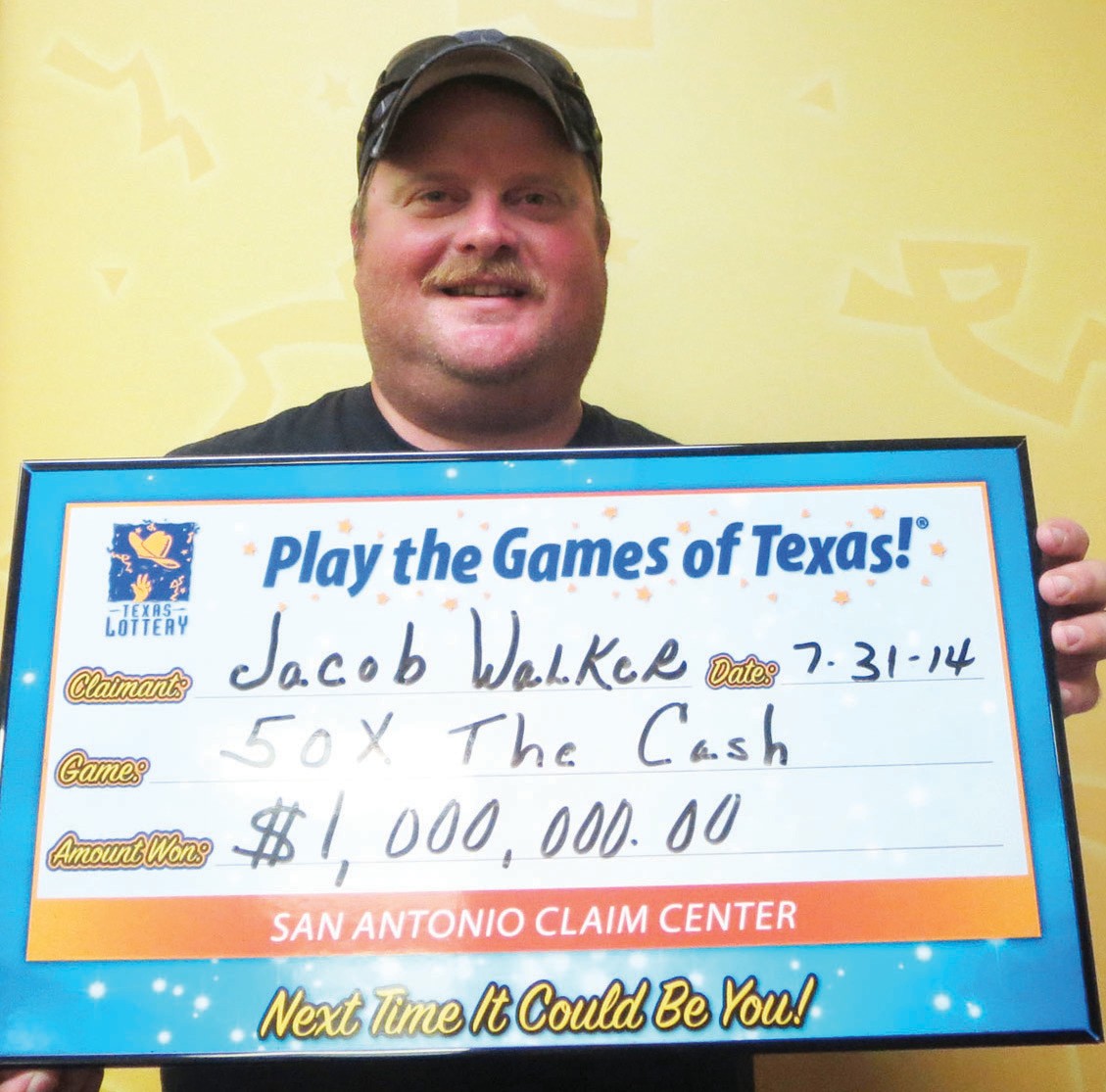 (AUSTIN) – Jacob Walker of Pleasanton became the newest Texas Lottery® million-dollar winner when he claimed the sixth of 10 top prizes in the 50X The Cash scratch-off game.

“It was unbelievable when I saw the prize,” said Walker. “It will be a blessing for my family and I.”

After winning $10 on another game, Walker decided to reinvest the money in another ticket. He says picking the right ticket was a bit of a coin toss.

“The store only had two $10 tickets to choose from, and I chose the right one!”

The TR Handi Stop #2 LLC 1001 N. Harborth Ave. in Three Rivers is eligible for a $10,000 retailer bonus for selling the winning ticket.

50X The Cash features more than $143 million in total prizes and overall odds of winning are one in 3.06, including break-even prizes. In addition to the four unclaimed top prizes of $1 million each, millions of prizes from $10 to $50,000 currently remain unclaimed.