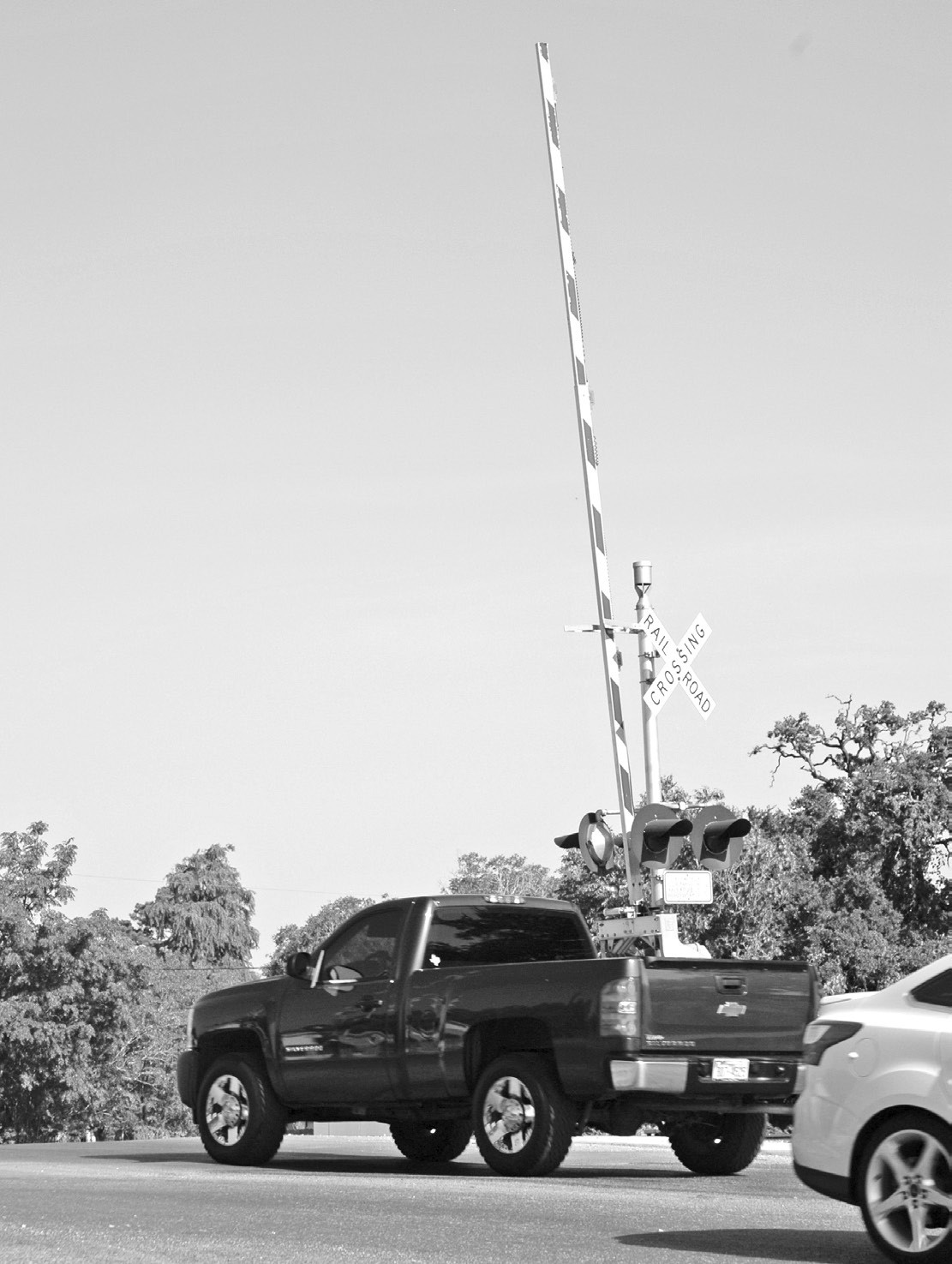 The Pleasanton Police Department and Union Pacific Railroad will conduct a safe crossing event on Thursday, August 8 from 7 a.m. until 9 a.m.

It happens so fast. A train is coming down the track and a motorist thinks they can beat it. A few seconds later, the train proves that assumption wrong.

In an effort to educate the public, the Pleasanton Police Department and Union Pacific will conduct UP C.A.R.E.S. (Crossing Accident Reduction Education and Safety) Operation this Thursday, August 8 at 7 a.m.

The following tips are courtesy of Union Pacific.

Trains move faster than most people realize, and in the blink of an eye the average train will have traveled 41 feet, according to the Union Pacific website.

• When approaching a railroad crossing, remember to stop, listen and look – because a train can come from either direction. Stay alert – distractions like headphones may prevent you from hearing an approaching train. If the crossing arms are down or the lights are flashing, assume a train is coming – even if you cannot see one. Never drive around crossing arms, and never stop on railroad tracks. And remember, trains always have the right of way – over cars, trucks, pedestrians, and even police cars, ambulances and fire trucks.

Rail safety is for everyone, not just drivers. Pedestrians who choose to walk or play around railroad tracks are trespassing on private property and could be fined, seriously injured or killed.

• The only safe place to cross is at a designated public crossing with either a crossbuck, flashing red lights or a gate. If you cross at any other place, you are trespassing and can be ticketed or fined. Cross tracks ONLY at designated pedestrian or roadway crossings.

• Railroad tracks, trestles, yards and equipment are private property and trespassers are subject to arrest and fine. If you are in a rail yard uninvited by a railroad official you are trespassing and subject to criminal prosecution; you could be injured or killed in a busy rail yard.

• It can take a mile or more to stop a train, so a locomotive engineer who suddenly sees someone on the tracks will likely be unable to stop in time. Railroad property is private property. For your safety, it is illegal to be there unless you are at a designated public crossing.

• Trains overhang the tracks by at least three feet in both directions; loose straps hanging from rail cars may extend even further. If you are in the right-of-way next to the tracks, you can be hit by the train.

• Do not cross the tracks immediately after a train passes. A second train might be blocked by the first. Trains can come from either direction. Wait until you can see clearly around the first train in both directions.

• Flashing red lights indicate a train is approaching from either direction. You can be fined for failure to obey these signals. Never walk around or behind lowered gates at a crossing, and DO NOT cross the tracks until the lights have stopped flashing and it’s safe to do so.

• Do not hunt, fish or bungee jump from railroad trestles. There is only enough clearance on the tracks for a train to pass. Trestles are not meant to be sidewalks or pedestrian bridges! Never walk, run, cycle or operate all terrain vehicles (ATVs) on railroad tracks, rights-of-way or through tunnels.

• Do not attempt to hop aboard railroad equipment at any time. A slip of the foot can cost you a limb or your life.

• Be aware trains do not follow set schedules. Any Time is Train Time!