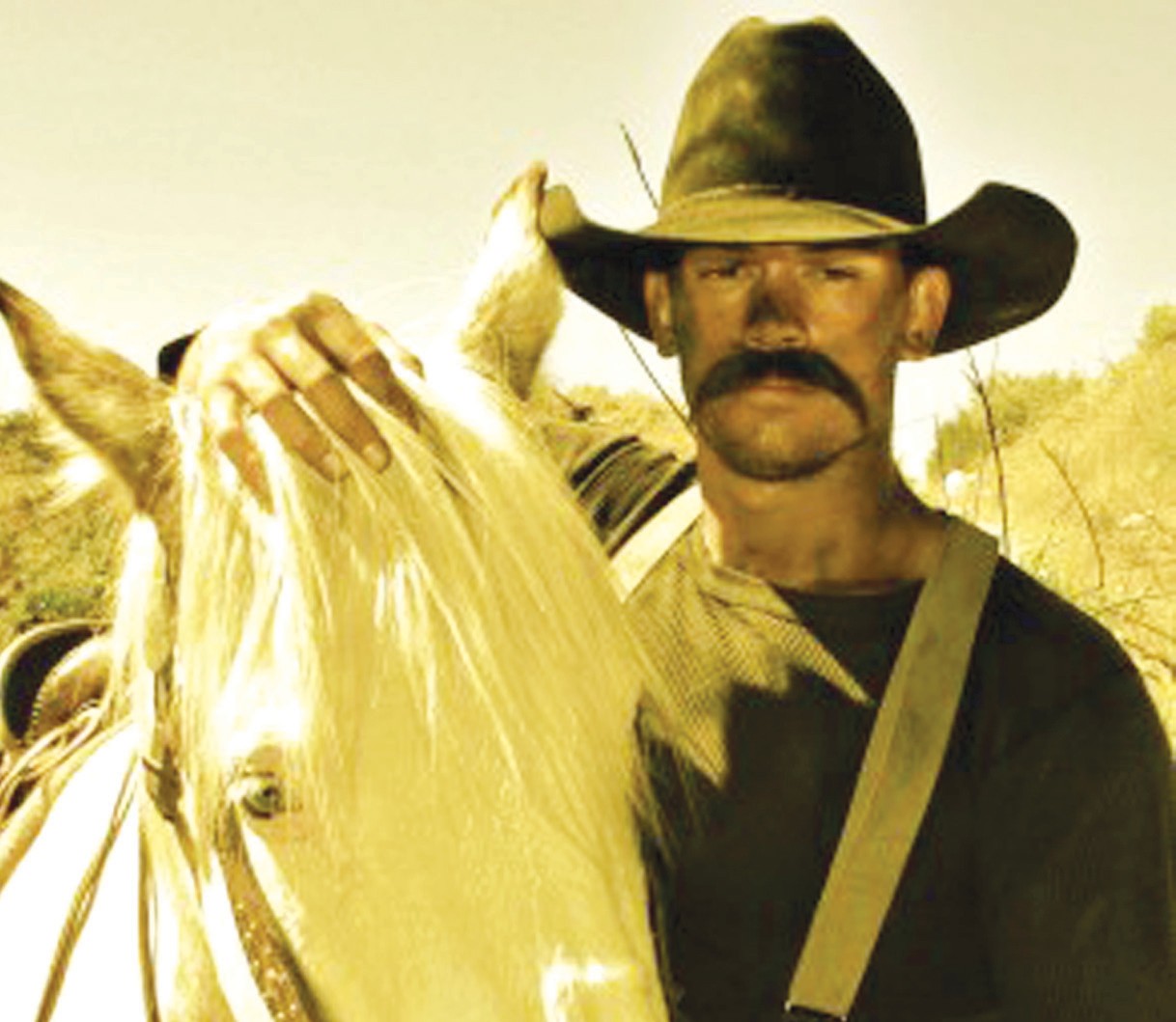 The western film genre is a favorite of many and a part of Americana. When Pleasanton native Ric Maddox was not satisfied with the quality of westerns being made in the L.A. scene, he founded Saddlecreek Films.

“Dead Men The Series” was supposed to premiere online on Sept. 26. However, a big producer has stepped on board to help them sell it and release it on a bigger, wider distribution.

In the meantime, visit www.deadmentheseries.com. or vimeo.com/48850514 to watch the trailer.

Maddox and Royston Innes are the co-creators of the series. Innes directed “Dead Men The Series” and Maddox serves as the co-writer, producer and lead actor, playing the part of Jesse Struthers, eldest son and first heir to the gold mine.

Maddox founded Saddlecreek Films, a fast-growing company dedicated to capturing and protecting the spirit of the American West. He is proud of the company’s work ethic and using real cowboys.

“I was heavily influenced by John Ford’s style. No one else has that unique way of making films like he did,” said Maddox.

Ford was a director who made such films as “Stagecoach,” “The Searchers” and “The Man Who Shot Liberty Valance.” He was known for his sense of style and structure he gave western films and for using real horse riders and cowboys.

“He would go out and shoot beautiful scenery. He was good to the natives,” said Maddox. “He did it in the heart of cowboy country.”

A 1998 graduate of Pleasanton High School, Maddox grew up working on his dad’s ranch in summers as a kid, learning the cowboy ways. It is from these childhood memories and experiences that he draws from to make his writing authentic to the cowboy ways.

He grew tired of watching westerns in which models played the part of cowboys, not knowing anything about the cowboy life.

“A real cowboy gets up at 5 a.m. He works all day and doesn’t complain. His hands are weathered. He has chiseled features from his work. This is America. Their role is significant to America’s heritage and unique history, which no other country in the world has. These are the people I want to represent,” said Maddox.

Before making “Dead Men The Series” Maddox and Innes started with a short film, “Valley of Death.” Maddox wrote the seven-minute film in 48 hours. He knew he wanted Innes to direct it, because of his hands-on approach.

The film came about after Maddox sent Innes a 30-page script he wrote, called “Bexar Territory” which Innes loved and has not been produced yet. It is currently in development.

Innes suggested something shorter, so Maddox went home and wrote “Valley of Death.” They shot it in three days.

For “Dead Men The Series,” Maddox and Innes took a harder look at Maddox’s character, Jesse Struthers in “Valley of Death.” They decided to go back to when Jesse was a boy and further develop that history. After many prayers, they made it happen.

The first season of “Dead Men The Series” will feature 10 episodes. The film features a cast between 30-40, over 60 horses, real cowboys and countless chase, gun and knife-fighting scenes. During auditions, the actors were asked if they knew how to ride. The scenes are truly authentic.

“Innes is a well-accomplished actor who moved into directing,” said Maddox. “He was good for ‘Dead Men The Series’ and without him, none of this would have been possible. He’s got that vision and I trust him.”

Now living in Los Angeles, Maddox joined the Army after graduation. He served as a Bravo team leader at 1st Battalion 8th Infantry Regiment with one deployment to Iraq. Maddox had the honor of earning five Army Achievement Medals and the prestigious Expert Infantry Badge.

After a few theatre productions in San Antonio, he moved to Austin and worked as an extra in “The Alamo.”

He moved to New York and was accepted to The Stella Adler Studio of Acting, a rigorous acting conservatory in the heart of New York City, training with legends such as Frank Langella and Alfred Molina. He then returned to Austin after graduating from the conservatory. He headed to L.A. after landing a role in the Paramount Pictures movie “Stop-Loss.”

His other credits include playing a re-occuring role as a cop in “The Young and The Restless,” and appearing in “Criminal Minds,” “Days of Our Lives,” “The Bold and the Beautiful” and playing Officer Durkee in “House.” He is also in Lifetime’s new hidden camera comedy show, “Prank my Mom.”

Maddox said when he is in Pleasanton, he has tons of energy. However, the brutal L.A. scene and its lack of a sense of community takes a toll on Maddox.

“You have to rely on your imagination. It’s hard to find good friends in L.A. outside of lodge,” he said.

His love of westerns makes him think he was born 100 years too late.

“In the West, your word was everything. It was a rougher time, a den of pit bulls. There was chaos and turmoil. It was closer to the laws of nature,” Maddox said.

So what does Maddox enjoy about acting?

“When I watch a really good movie, like ‘Of Mice and Men,’ I am so inspired. I want to be George talking to Lennie. I want to bring out that part of me,” said Maddox.

“You start to live through these characters, whether you’re playing a general or a politician. You go deeper into those characters and you lose yourself. Those moments that you have worked hard for, when the sky is clear and you have charmed the gods… those are awesome.” 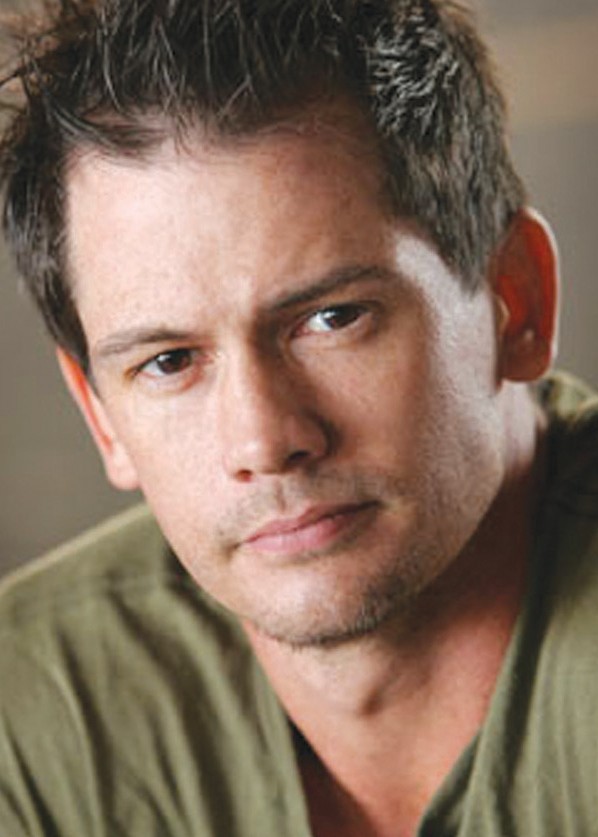 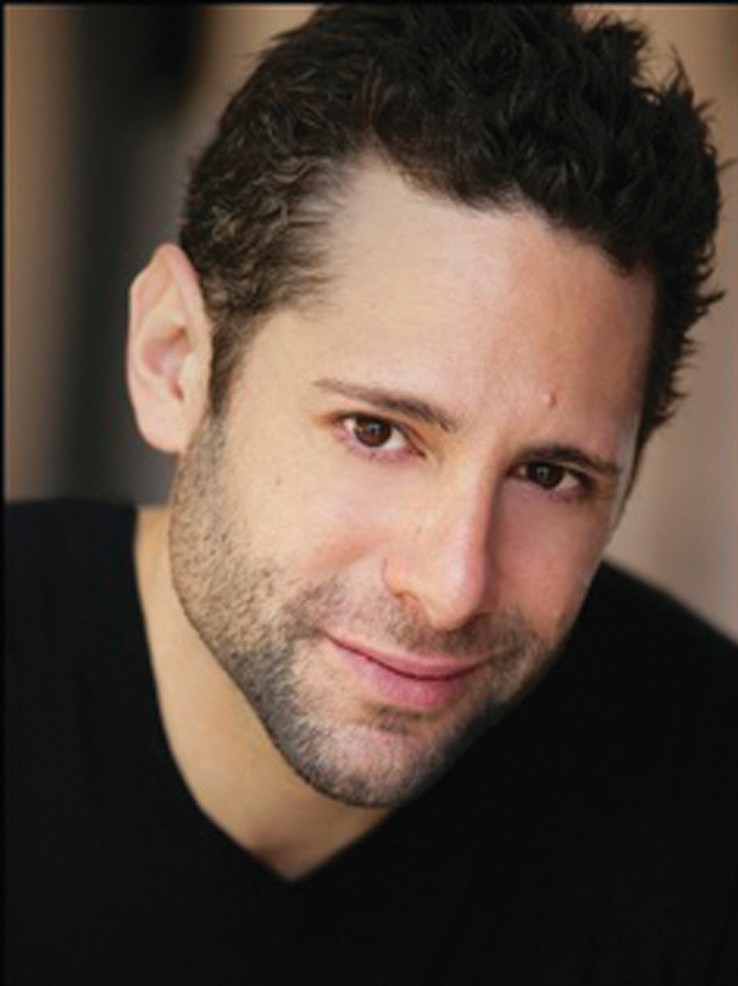 Royston Innes is the co-creator and director of “Dead Men The Series.”