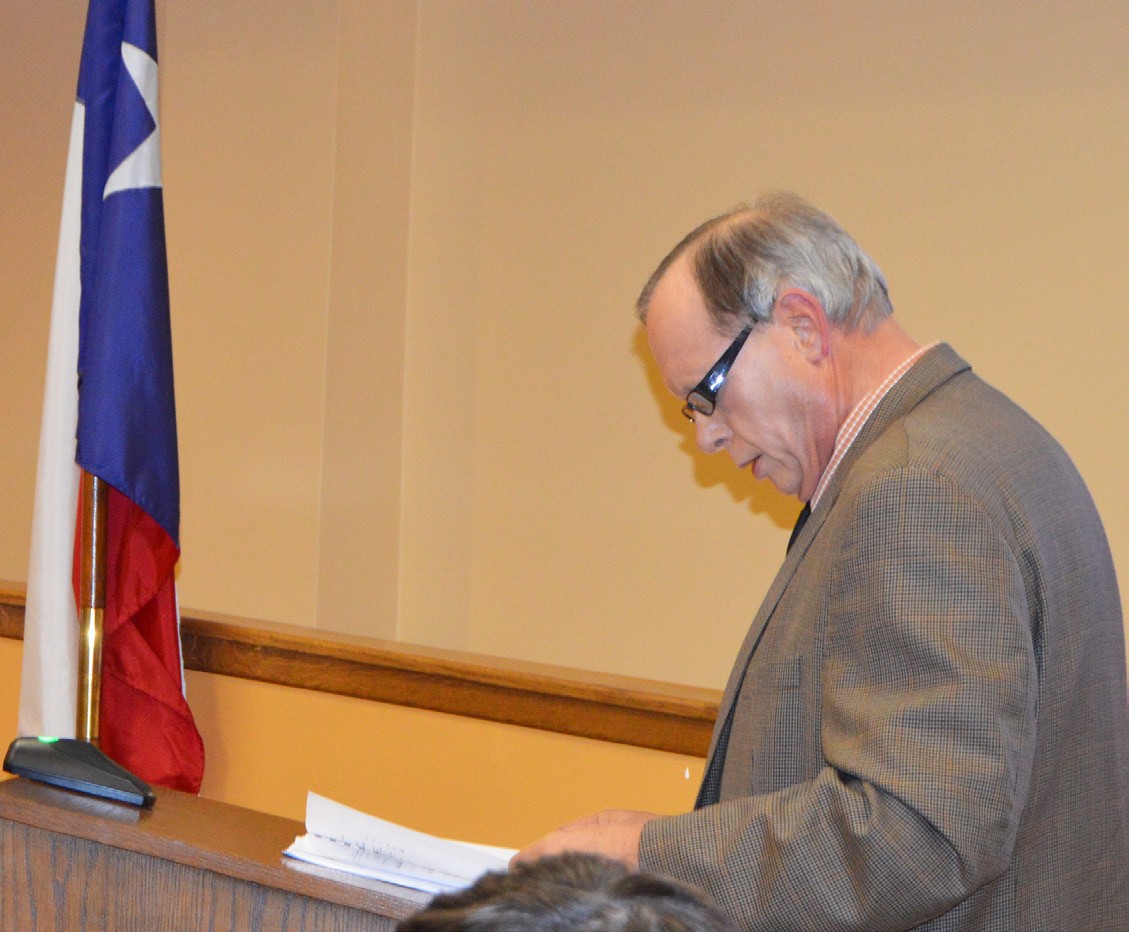 The City of Pleasanton received the good news from their annual audit from Wayne Beyer, CPA.

The minutes from the Feb. 18 meeting were approved as were the corrected minutes of the Feb. 5 meeting. Other items on the consent agenda that were approved were the re-plat of Lot 2/Block 7 – The Bend Subdivision – and to waive all of the fees and deposits associated with rental of the Civic Center Main Hall by STEPS to hold meetings April 15, July 15 and October 15, 2016.

Police Chief Ronald Sanchez reported to the council about the Pleasanton Riverpark. The hours have been shortened to 10 p.m. instead of 11 p.m. and has seen a 36 percent decrease in incidents. He also mentioned that the Bike Patrol officers are becoming certified, but one has been promoted. He reported that the walls on the riverside portion of the booths have been demolished to allow for safety and to deter vandals and vagrants. Council woman Prasifka asked how often the park is patrolled with the chief responding that a patrol vehicle is there every hour. Councilman Best mentioned that the discussion of cameras had been mentioned before, but he suggested motion sensitive cameras.

City Manager Bruce Pearson reported that the Information Technology update included new iPads for the council and thanks to Andres Aguirre, they didn’t have to hire someone to set them up.

He reminded the council that about a year ago in April, they gave the city staff direction to move forward in building a new fire station. Applications were made to TxDOT aviation and the FAA to release the property since it would not be 100 percent airport activity. This fire station will place almost every business and every residence within a mile and a half or closer to a fire station which helps in the ISO rating in homeowners’ insurance premiums.

The city was contacted by a cell phone company who was interested in leasing some property within the Goodwin Production Plant to place a tower. Preliminary discussions included how much the lease would be, the term and letters from FAA/TECQ to make sure it would be alright. They hope to have information to bring to council in the next 30-60 days.

Pearson made some visits to the High Meadow area to visit with residents to view if there had been any problems. He added that Cynthia Street paving is completed. These residents had been promised new streets since 1996. Winship Road is also completed.

Pearson is looking into buying irrigation audit kits. Consumers may have a way to realize how much water they are actually using. He also said that they will encourage folks to calibrate their systems and to not water the streets and driveways and to compost their clippings and leaves.

The council adopted Ordinance No. 16- 1166, an Emergency Management Plan for the City of Pleasanton, Texas.

The cancellation of the May election was decided after adopting Ordinances No. 16-1168 and No. 16- 1169 declaring unopposed candidates for the Offices of Councilmembers for Districts 1, (Douglas Best) 2 (Diana Prasifka) and 3 (Kenneth Hernandez) as elected, and declaring the unopposed candidate for the office of Councilmember for District 6, (Travis Hall) unexpired term, as elected, and providing that the May 7, 2016 Special Election for that office shall not be held.

In reference to the annual racial profiling report, Chief Sanchez reported that the Police Department is in compliance. The report is submitted to the state.

The audit report for fiscal year 2015 was given by Wayne Beyer, CPA. Beyer stated that the city received an unqualified opinion – which means he saw nothing that came to his attention that would qualify any concern. He mentioned that the Finance Director Kristi Bandy did a remarkable job.

Travis Hall made the motion to direct the city staff to enter the agreement between the City of Pleasanton, Pleasanton Little League and Baseball Country, Inc. to refurbish the concession stand at the Pleasanton Sports Complex. It passed unanimously.

The bids for the Main Street Project for reconstruction and lighting were rejected due to receiving only two bids. The bids were over the budgeted amount. It was recommended to reject the bids and to go out again for new bids. The council voted in favor.

Item 14 on the agenda, discussion and action concerning Hotel/Motel Occupancy Tax Grants for FY 2017 was postponed to a later date.

The meeting was recessed into executive session at 6:53 p.m. to discuss the duties and responsibilities of the City Manager as they relate to the Pleasanton Independent School District’s bond program. They emerged at 7:09 p.m. Councilman Best made the motion to direct the city manager and city staff to continue as they previously have in regards to the Pleasanton ISD bond program.

After reviewing the bills, the meeting was adjourned at 7:10 p.m