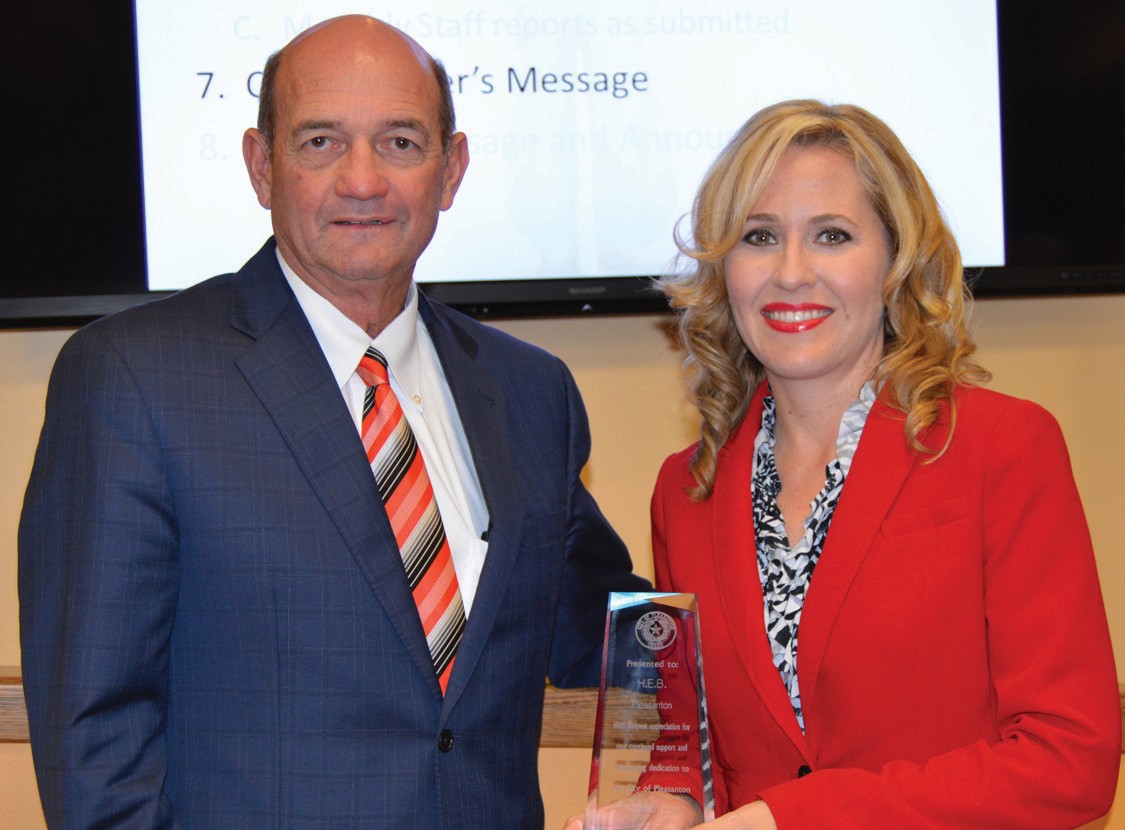 H-E-B Unit Director Aubrey Smith was recognized as an important partner of the City of Pleasanton at the December 17 meeting. City Manager Bruce Pearson presents Smith with an award for her and H-EB’s continued support.

At the December 17 regular session of the Pleasanton City Council, Mayor Pro-Tem Doug Best, District 1, called the meeting to order in the absence of Mayor Clint Powell. Councilwoman Diana Prasifka was also absent. Abraham Saenz, District 2; Eliseo Flores, District 4, Robert Earl Wood, District 5 and Travis Hall Jr., District 6 were all present.
Four consent agenda items were all approved. They included the approval of: minutes of the December 3 Regular Session meeting; the final plat for the Pleasanton Intermediate School and Junior High;  the re-plat for Lot 34 Harris Myers Subdivision and the  temporary street closure of College St. between Reed and Smith St. on December 18, 2015 from 6:45 a.m.-12:30 p.m.

Citizen’s Comments
Warren Domke spoke as a new citizen of Pleasanton when the annexation of the ordinance on the agenda is approved later that evening. He is very concerned about the intersection of Pulliam Dr. and FM3350 being so dark. He is requesting a street light for that corner. He also expressed a need for attention to a low spot in that same area. When it rains, it does fill up with water. He thanked the council and hoped that they would be able to consider his requests.
Departmental Reports
Johnny Huizar, Public Works Director, reported that the department will begin filling the new Crestline water storage tank on January 5.
Robert Earl Wood asked about the yellow pipes that are seen around town. Huizar explained that Center Point Energy is replacing gas lines.
Department Head Report was given by Pleasanton Fire Chief Chuck Garris. He reported that in the months of October and November they responded to 30 and 31 calls respectively. So far, they have received 378 calls for the year. The department helped with car seat safety programs. They were also busy with Fire Prevention Week in October. The department visited schools, day cares and churches helping to educate youth about fire prevention and safety. Four firefighters received training in Uvalde.
City Manager’s Message included City Manager Bruce Pearson recognizing Pleasanton Police Officer Anastacio Perez. He helped to identify a suspect when he circulated a video and fellow Officer Justin Granado (who was honored at a previous meeting) recognized the suspect. Perez has not been with the department all that long and is a U.S. Marine who served two tours in Iraq. “He is an example of many employees in our city,” said Pearson.
“I don’t do it for the awards, I do it  for the citizens and because I love my job. If you’re messing with the citizens of Pleasanton, you’re messing with me,” said Officer Perez.
Pearson also presented an award to Aubrey Smith, Pleasanton H-E-B Unit Director in appreciation of the relationship the City has with H-E-B. He was appreciative of Smith being a great community partner and that she exhibits the true H-E-B culture. Some of the things she does is donating meals to the police officers and firefighters every 9-11, cakes are donated for city gatherings and so much more without being asked. “I’m very privileged and honored to being able to run my hometown store,” said Smith after thanking the council.
Ordinance No. 15-1160 annexing approximately 74.8± acres of land located generally north of Goodwin Ave. at FM 3510 between Pulliam Dr. and Woodland Dr., in the City’s extraterritorial jurisdiction was adopted by the council.
Also adopted was Ordinance No. 15-1161 for the City of Pleasanton Parks Master Plan.
Resolution No. 153-15 for an internal control policy for the City of Pleasanton was also adopted by the council.
The council approved the motion for City Staff to bring an agreement forward for consideration to secure the services of McIver Properties, a commercial real estate consultant (broker) group to represent the City of Pleasanton.
The council also voted to direct City Staff to equip the Police Department Headquarters with quantified interview rooms for interviews and investigations and explore the possibility to transform one large room into three smaller rooms with audiovisual/sound proofing and to bring the retrofit costs back to the council for consideration.
After a brief recess to discuss the annual performance review of the City Manager, the council tabled the item until the next meeting when the full council and mayor could be in attendance.
Following the review of the bills, the meeting was adjourned at 6:46 p.m. 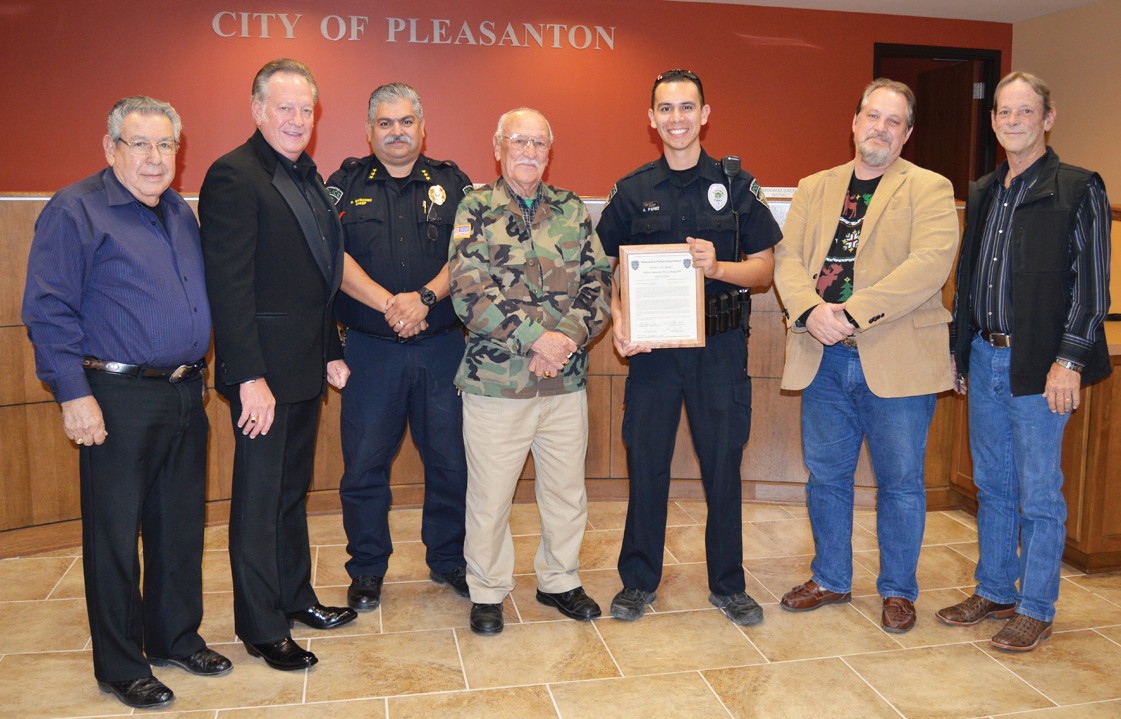 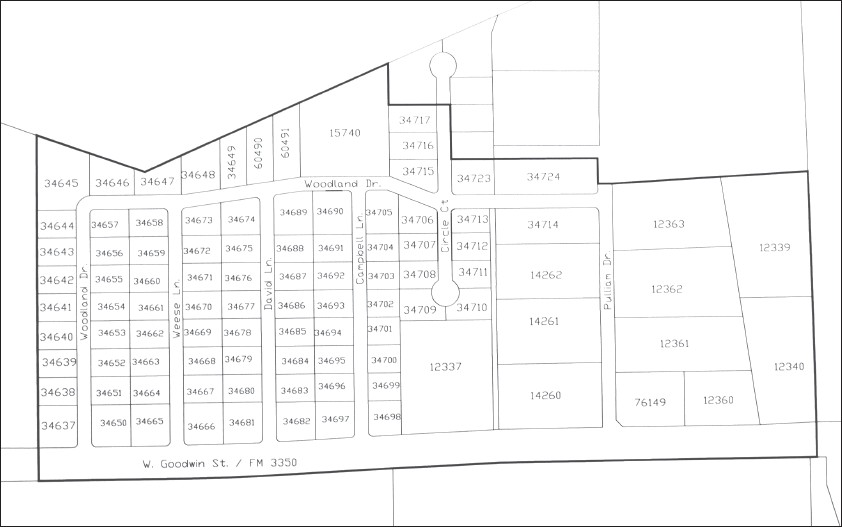 The City of Pleasanton has annexed approximately 74.8 +/- acres north of Goodwin near the airport. Portions of Pulliam Drive and the Woodland Drive neighborhood are now in the city limits.