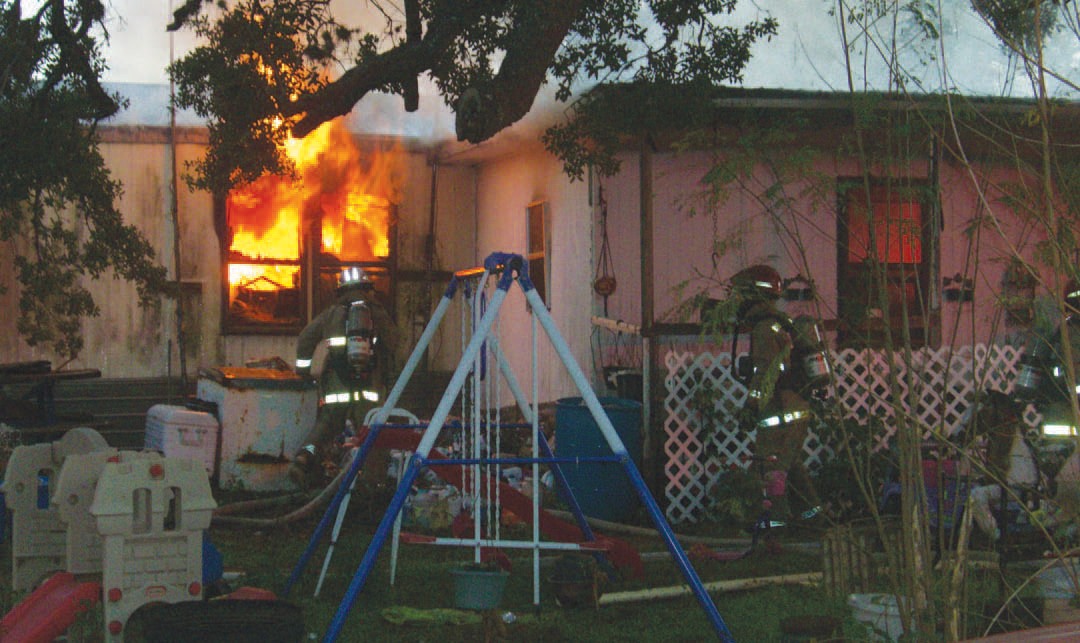 A mobile home fire on Dec. 3, resulted in two Pleasanton Fire Department volunteers being treated for injuries, one being blunt force trauma to his side. According to Pleasanton Volunteer Fire Department Public Relations spokesperson, Josh Rodriguez and Gene Bosquez were inside the home fighting the fire, when the air conditioner unit exploded. Officials initially believed that it was the water heater that had exploded.

Bosquez was hit in the head and treated at the scene. His face shield was broken from the incident. Rodriguez was taken to South Texas Regional Medical Center in Jourdanton and underwent X-rays on his ribs. The two are expected to be okay, according to Pleasanton VFD Public Relations spokesperson.

The fire damaged the home of Debbie Bray, on the corner of Pleasanton Avenue and Adams Street. Several units from the Pleasanton VFD and Jourdanton VFD responded, as well as the Pleasanton Police Department and EMS.

Fortunately, no one was home when the fire started. Bray learned about the fire by phone from a neighbor and friend of the family who lives across the street. Bray was overcome by emotion upon arriving at the scene.

Scott Garris of the Pleasanton Volunteer Fire Department said the cause of the fire is still under investigation.