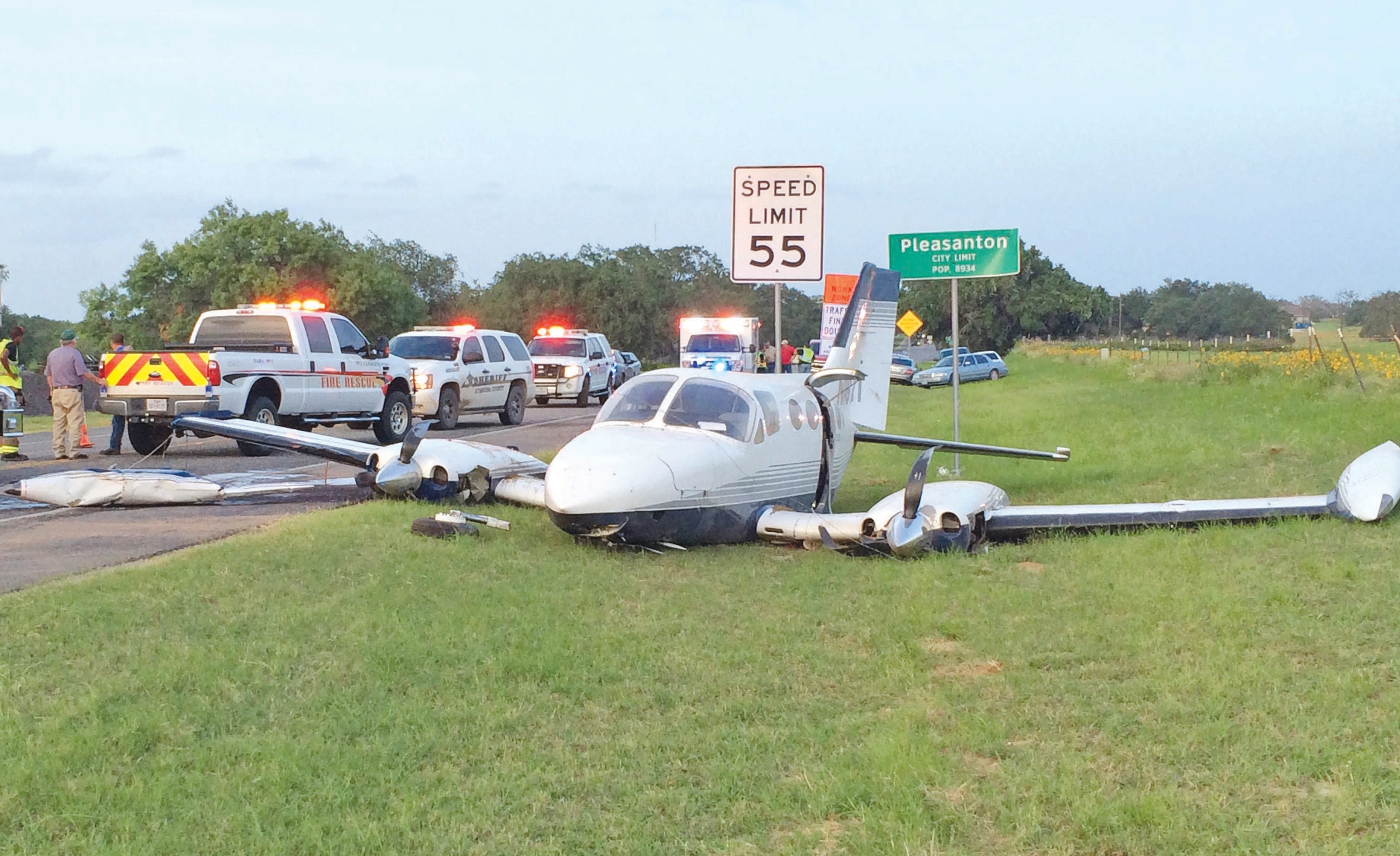 Pleasanton Volunteer Firefighters contain the scene of an airplane crash Monday night around 7 p.m. at the Pleasanton Municipal Airport. Six passengers on board reported no serious injuries.

No injuries were reported by the six passengers on board.

The plane was registered to a company out of Los Angeles, California to a Redhead Aviation LLC.

Pleasanton Mayor Clint Powell, an avid pilot, described how the event may have unfolded.
“The winds were coming out of the South and it appears the pilot attempted to land with the wind (heading North), instead of into the wind.  Winds were out of the Southwest,” Powell said. The airport uses Automated Weather Observation Service (AWOS) where pilots can retrieve information on weather and wind conditions.

“I spoke with an eyewitness and his recollection sounded like the pilot attempted a go-around.  A go-around procedure is throttles full forward, flaps slowly retract, positive rate of climb, gear up.  In a go around if you drop the flaps it will cause a loss of lift (as opposed to slow/controlled retraction).  If he was attempting a go around and dumped the flaps, that could have contributed to the situation.”

The plane was taken off on a wrecker truck a little after 9 p.m.