Phil keeps his ‘job’ despite inaccuracies 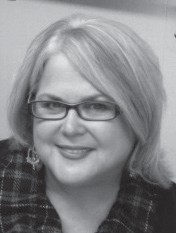 Yes, that hibernating rodent, Punxsutawney Phil, the official groundhog who predicts six more weeks of winter or an early spring made his debut Tuesday, February 2.

He did not see his shadow, so- in true groundhog fashionthere will be an early spring this year.

Since when did we pay such attention to this creature? The celebration started in 1886 in Punxsutawney, Philadelphia. There is a group of men belonging to the Inner Circle, who dress in 1880s attire and gather each year for the prognostication. After Phil is coaxed out and determines the visibility of his shadow, there is a celebration of all things groundhog related.

According to the official website, groundhog.org, the yearly trek to the actual location just outside of a town called Gobbler’s Knob didn’t start until the following year.

Phil’s record of accuracy may not be as good as a real meterologist. According to weather sites he has been correct 40 percent of time over the past 10 years. But, like most predictions by the weather folks, he is still followed each year.

When I was younger, I often wondered how one animal in the north east portion of our nation could predict such weather for the whole United States.

All I know is that Tuesday was a glorious day of beautiful weather and forecasts for more wintry mornings are predicted. Much like last year, it has been a season of really cold days and even my hot natured body has welcomed layers and boots this year.

I also realize that the first day of spring is March 20 which is almost six weeks away.

The way I see it, early spring, late springit doesn’t really matter here in South Texas. We go from cold weather to hot weather in a matter of hours.

SUE BROWN is the editor of the Pleasanton Express. Contact her at sbrown@pleasantonexpress.com or write at P.O. Box Drawer 880, Pleasanton, TX 78064.