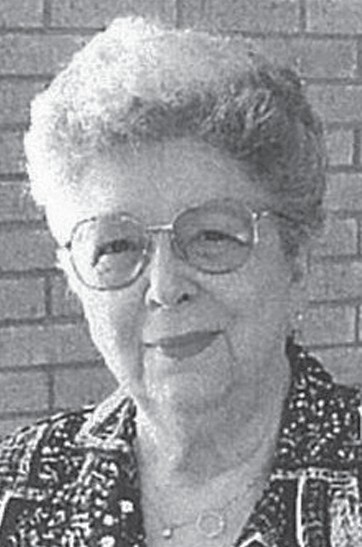 Patricia Wheeler Walker, of Pleasanton passed away on Thursday, January 23, 2014, at the age of 85.

She was born August 29, 1928 in Hebbronville, to John Raymond and Erma Wheeler.

She is preceded in death by her husband, J.C. (Sam) Walker and her parents John and Erma Wheeler and her sister Johnnie Lee Hinton.

Visitation was on Monday, January 27, 2014 from 2 – 8 p.m., at Hurley Funeral Home in Pleasanton. A funeral service led by John Coleman was held on Tuesday, January 28, 2014 at 10 a.m. at the First Baptist Church, 400 N. Reed Street in Pleasanton. Burial followed at the Pleasanton City Cemetery.

Anyone wishing to leave condolences for the family or sign the guestbook may do so at www.hurleyfuneralhome.com.