Reyes Farm and Ranch Founded in 1868 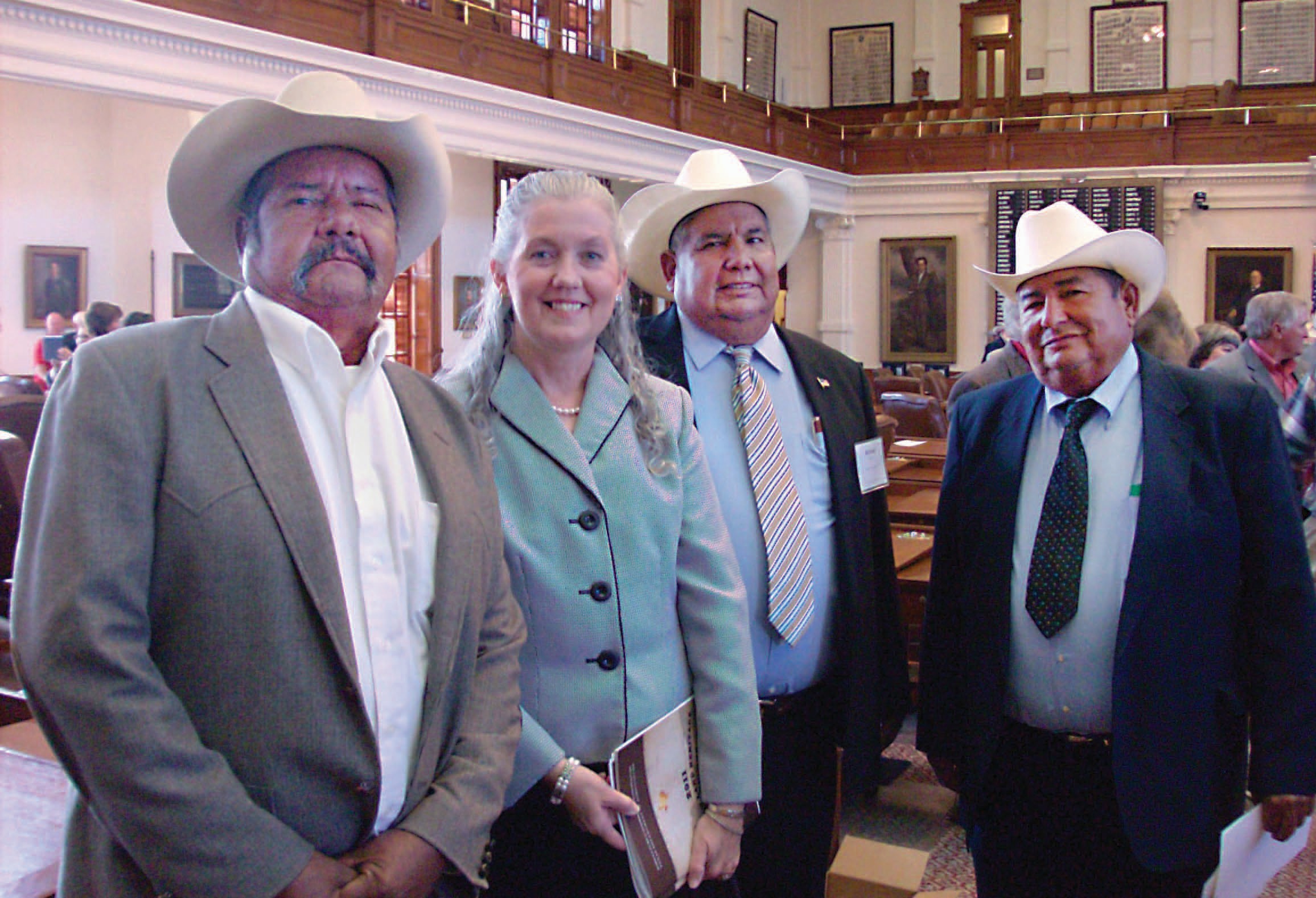 The picture, shortly after the ceremony on the capital floor, has from left to right, David Reyes, County Judge Diana Bautista, Richard Reyes, and Albert Reyes.

The Reyes Farm and Ranch, located in the Rossville Community was founded by Catarina Garza Riojas on December 8, 1868, when she purchased 380 acres of the Cruz Landin land from Luciano Navarro and wife Theodora Carvajal de Navarro.

Mrs. Catarina Riojas was a hardworking woman who was rather independent for her times. She and her family including her children lived and farmed this land. Even though this land has been farmed by many of the Riojas family members, Mrs. Riojas willed this land to her grandchildren, the children of Catarina Riojas Reyes.

Eduardo Riojas Reyes and his older brother, Estasnilado, began farming this land in the mid 1930s. Their mother died in 1925, when Ed, the youngest was 3 years old and their father died about 9 years later. Ed was mostly raised by his older siblings and a few concerned neighbors. Even though the struggles were many, the family remained cohesive and continued to farm. Ed married Manuela Munoz Rodriguez and together they had 11 children: Albert, Eloisa, Edward, Adelfa, Louisa, Richard, David, Margie, Mary, Roger and Dianne Reyes. Ed, Manuela and the teenaged children often worked long hours on the farm where they raised vegetables, fruits, cantaloupes, watermelons, peanuts; and they also raised cattle and horses. Ed was quite successful in his farming. He took most of his vegetables and fruits to the Farmer’s Market in San Antonio to sell. At times when the value of the vegetables and fruits was not profitable in the local farmer’s market, the goods were sent to Houston for sale.

Cattle and some quarter horses were a hobby as well as an investment for Ed. His horses raced at Bandera Downs and at Retama Downs in San Antonio. Ed retired in 1999 and passed on November 30, 2010. The land is still farmed by his sons, Albert, Richard and David Reyes as well as two of Ed’s grandsons, David Edward “Papa” Reyes and Joel Garcia.