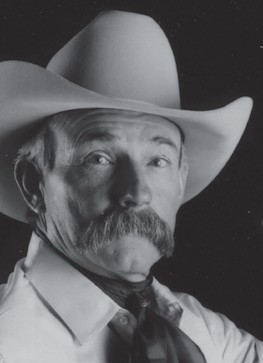 Dally is a cattle buyer who lives in Colorado. He had spent a week in Illinois looking at confinement feeder operations and was heading home for three weeks, then planned to return to the Midwest. O’Hare Airport in Chicago, where he had booked tickets, had longterm parking but the cost was outrageous. Thinking to outsmart the city boys Dally found a Holiday Inn and made a deal. They let you park free if you were staying the night before your flight out. He had a flight that night but he would return in 3 weeks and spend the night then. They agreed.

He got in the shuttle and kicked back. The motel shuttle driver asked which airline he was on. Dallas told him Southwest. “Sir, Southwest only flies out of Midway (the downtown airport)!” Dally whipped out his antacid and cell phone and called his computer savvy wife all before he reached the terminal where she had rebooked him on a United flight to Denver!

Three weeks later he returned to Chicago. In his confusion, he had kept no record at which Holiday Inn he had left his truck! His techno wife found him the telephone numbers for three Holiday Inns in the airport area. He called all three and none of them had any record of anyone by his name that had left their truck and booked a room. Dally got on one of the Holiday Inn shuttles and rode to the first one. He searched the parking lot… no luck. He rode the shuttle to the next Holiday Inn and searched the parking lot… no luck. Then on to the third where, lo and behold, there it was! Next morning, he decided to do a little sightseeing. He wanted to see Lake Michigan. Dally was aiming for Lake Shore Drive but somehow got tangled in the Tollway.

He had his map out, his head swiveling and Bad Mouth Charlotte chastising him from the GPS. Suddenly his unattached brain saw three things: the stop sign he had just run, the patrol car kitty-cornered and the 2nd patrol car right behind it. He remained in his pulled-over pickup when the patrolman approached. “Put your hands where I can see them, please. By your Colorado plates, I’m guessin’ you’re from out of town. What are ya doin’ in Chicago?”

“Scared of what?” asked the officer.

“Everybody says Chicago has the highest murder rate in the country.” Dally explained.

“Let me see your license.”

In his confusion, Dally rifled his wallet and accidentally whipped out his Concealed Weapons permit. The policeman drew back, “Do you have a weapon on you now?”

“Do you have a concealed weapon in your truck?”

Dally thought of his bloat trocar and the baby beef esophageal feeder behind the seat. “No, Sir.”

“Have you ever been arrested?”

“No, not arrested but officially detained…I told a joke to one of the bluecoats in the airport security line…but…”

“I don’t want to hear it. Where are you going?”

“Well, depending on where I am, I was hoping to see the shoreline.”

“Easy enough. Take a left at Hwy 290. If you miss it, the next shoreline you will see will be in New Jersey!”