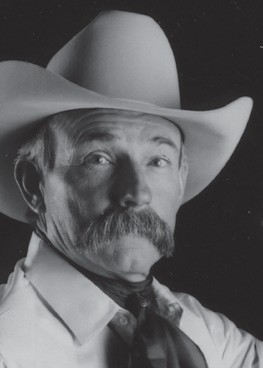 One of the biggest upheavals in food production in the last ten years was the result of one of the tiniest imaginable scares. It would be comparable to one single Aborigine threatening the U.S. with a flyswatter, and our government issuing every homeowner a fifty-caliber machine gun to defend themselves!

Peruse any Ag-media today and you will see multiple companies offering age and source verification for cattle. The biggest impetus for this technical, political and management service was the BSE / Mad Cow scare. It began in Great Britain in 1996 and was connected to human deaths from Creutzfeld-Jakob disease. Once they diagnosed the connection between BSE and C-J, the British bit the bullet and began their eradication program, but not before the whole world had a global fright worthy of Orson Wells, “War of the Worlds!”

Over a period of time random cases were diagnosed in Canada, Korea, Japan and Europe. In 2003 the U.S. made their first diagnosis. At the peak of random testing, the number of positives compared to the cow population was less than a grain of sand in the Sahara (my exaggeration). Meat eaters around the world soon realized their own personal risk was less than getting hit by an armadillo dropped from the sky. Yet governments have continued to restrict imports of beef from each other, but mostly for political reasons and market protection. In retrospect, the good side to this otherwise egregious reaction was, with the advent of age and source verification came the addition of other 3rd party verifications of “value added” benefits. These include procedures like bunk-broke, weaned, vaccinated, all natural, no hormone/antibiotics, BQA approved, dehorned, etc. Feedlot buyers appreciate the efforts and will pay a premium for feeders that will make them more money. I suspect these management procedures would have eventually come along sporadically over time, but the wide acceptance of the “age and source verification” avalanche has put us 10-15 years ahead of the game.

In every region each cow-calf operator has to work within his own natural circumstances; soil, winter, summer, rain, mud proximity to feedlots or packing houses, labor quality and availability, personal financial situation and state or federal regulations. But almost everybody today is within reach of a company whose “value-added verification” service might fit your specific program.

BSE was global disaster for cattle producers. The press labeled the first diagnosis in one cow as a “BSE OUTBREAK!” The outbreak continues; in 2012 the U.S. diagnosed its 4th case. I think we’ve got it under control.