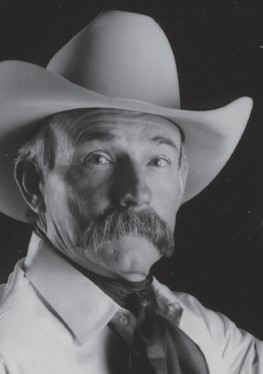 I looked at my schedule for the first week in December; Jamestown, ND, Denver, CO, Laramie, WY and Springfield, OH. I asked my secretary why she couldn’t book me in Victoria, TX or San Diego, CA in the winter? She reminded me she had booked me in Miami last winter. “Yea,” I said, “Miami, Manitoba!”

Actually, I don’t worry about traveling in cold weather. It would be easier to plan if I could count on global warming, but it’s just not reliable. Al Gore found that out. You just can’t count on it when you need it! Jamestown started out clear and cool but Denver turned frosty. I made it to Laramie behind the snowplow. We had a great crowd at the evening show…winter doesn’t stop Wyoming cowboys from comin’ to town!

Unfortunately, my “Laramie Turnaround” involved leaving Laramie at 10:30 pm in 20-degree weather, icy roads and blowing snow headed for the Denver Airport and a 10:00 am flight. I was driving a rented Chevy sedan with front-wheel drive. I could have taken the twolane Hwy 287 direct to Ft. Collins. Its advantage was that it was downhill all the way but I chose to stay on the freeway. I counted 3 other passenger cars on the highway (two of them pulled off to the side) and an estimated 2 million 300 thousand semi’s as I coursed east along I-80 toward Cheyenne!

It is only 50 miles from Laramie to Cheyenne but if you flattened out the 8000 foot passes it’s at least twice that far! I drove with confidence and got up to 23 mph once, accidentally, but the semis maintained steady 40-50 miles per hour. I think they calculated the exact speed it took to maintain a cloud of blowing snow at the roof level of a rented four-door Chevy sedan. It took almost two hours to get to Cheyenne and another two hours to reach Denver airport. I was regaling my friend Ken of my Wyoming adventure. He lives in Jackson Hole. He was polite and didn’t poo poo my little story but he put me in perspective.

Ken is a veterinarian and was out all day one blizzardy day. His young son sat on the passenger side. In cold country, especially in the mountains, the roads are lined with ‘blizzard poles’. I’m guessing they are 8 feet high so when the snow pack buries the road you will have a marker to guide you. The trick is to keep the blizzard pole on your right. They came to a particularly windy swell and suddenly even the blizzard poles disappeared! “Keep looking, son!” Ken instructed as he slowed to keep his grip on the road. Suddenly, right in front of them was a pole! “There, Dad, there!” pointed the 8-year old navigator. Ken swerved to keep the pole in his right side. Before he could sigh with relief, he nosed over into the bar ditch and stopped like a car-crash dummy! The blizzard pole was still on his right alright, but the bar ditch was on the left side of the road!

Then he told me of Cody’s story about crawling along in a ground blizzard in his UPS truck and seeing a small, Volkswagonish vehicle off to the right. It was perpendicular to the road, its nose stuck up against a snow bank, wheels spinning furiously and throwing up a snow cloud behind it! Cody stopped to watch. The compact car continued to whine. Cody got out and walked around to the left side. The driver was behind the wheel, foot on the gas, peering out the windshield…he thought he was still driving!x