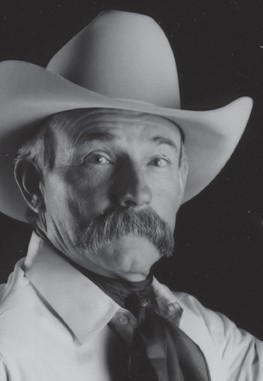 I n searching for a cause to explain the increase in “hay fever” incidence in humans, some scientists have postulated that it might be the increase in the burning of coal, oil and other fossil fuels. Humm?

In their defense scientists are allowed, even encouraged to speculate. In this case their reasoning is; the greenhouse gas carbon dioxide (CO2) has increased in our atmosphere. CO2 traps heat in the atmosphere. The increase in temperature causes more plants to grow. The more plants that grow, the more pollen they produce THUS… the more you drive the more you sneeze!

We read their speculations in the newspaper therefore… we think it is true! We tell our friends, our family, our children, columnists write about it, carnival barkers concoct miraculous cures for it. It becomes common knowledge, a celebrity endorses it, when in fact, no one has ever scientifically proven it to be true.

Mathematicians are able to calculate the statistical significance of a conclusion to an experiment. It is expressed as the P value. The lower the number, the more likely the conclusion is valid. When claims are made expressing that a product will do what it says on the label, it must be demonstrated in trials or tests that are statistically significant. If the product is a medicine, dewormer or feed additive, for instance, it must satisfy the FDA’s stringent requirements through repetition, that the product will do what it claims. Those are the rules true science adheres to.

Well, obviously, broad proclamations by scientists of their time have been made since the beginning of curiosity. The earth, the sky and the universe offer enough puzzles to keep us busy forever. They continue, and the “hay fever/fossil fuel” speculation is just that, scientists pondering and dreaming. But this is how miraculous discoveries are finally made, studied and eventually one in a million is proven to be true.

Eventually the colon cancer incidence in Americans vs. Japanese were not shown to be caused by eating more red meat; there were too many variables. Today many claim that the lower incidence is related to the Japanese fish diet high in cod liver oil…but it still remains conjecture. As for our good scientist’s proposition about driving your car as being the cause of hay fever, how ‘bout this for an alternative theory: In 1970 the world population was 3.7 billion. Today the world population is 7 billion…twice as many. Humans inhale oxygen made by plants. Plants inhale CO2 made by humans. Thus, the blame for hay fever could be the increased number of people exhaling CO2, which the plants then absorb causing them to grow and generate pollen.

This hypothesis allows for other factors such as athletic humans who generate fractionally more CO2 then sedentary humans, suggesting that jogging, basketball and playing tennis may be the root cause of hay fever. Every workout gym would be required to post warnings declaring, “Exercise causes hay fever and pollination! Breathe with Caution!” Ah Choo!