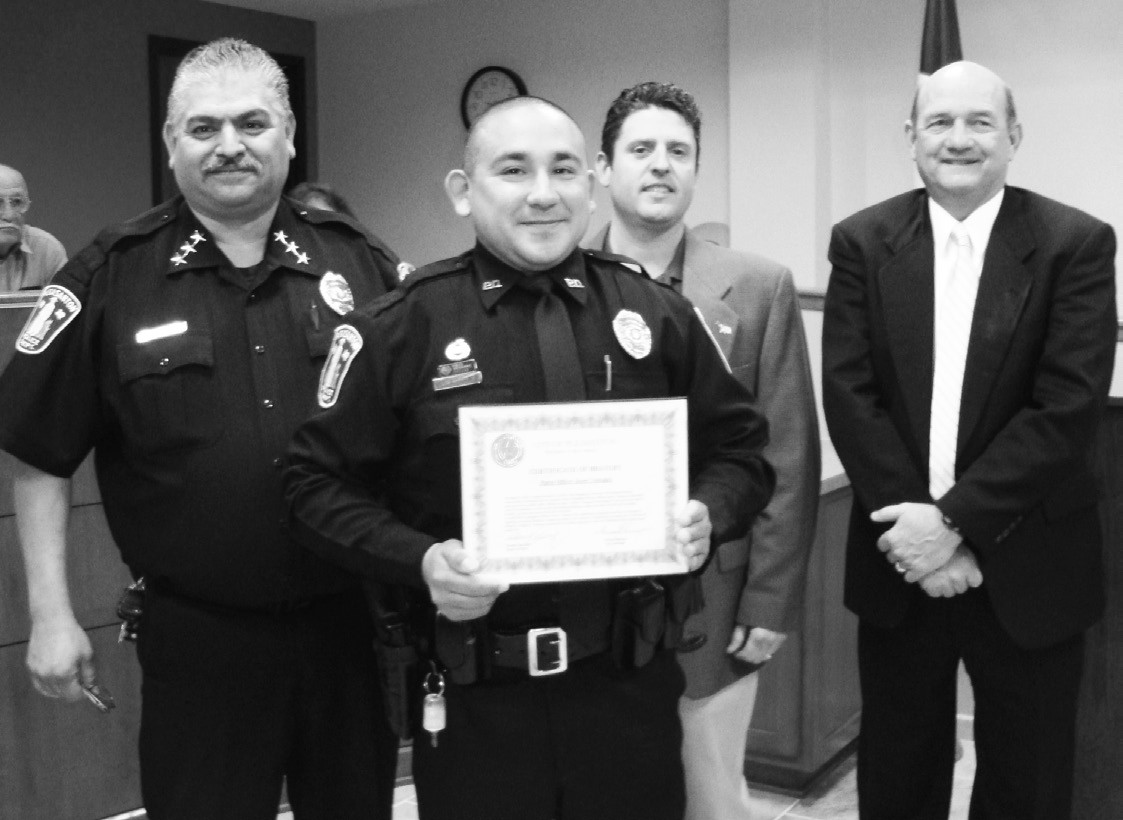 Pleasanton Chief of Police Ronald Sanchez recognized two of his own at the city council meeting held on March 21. Two Pleasanton Police Officers were commended on their skills and actions.

Officer David Gardner was commended on his arrest of a man by utilizing the skills he was taught to bring a drug trafficker to justice. Gardner chased and arrested the suspect and retrieved 9 grams of methamphetamine.

Officer Jason Velasquez also received a certificate of bravery for his response to a fire at a residence. He was unsure if all were safely out of the home, so he risked his life to ensure others were safe. Luckily, no one was at home at the time.

He is a prime example of what the Pleasanton Police Department stands for. 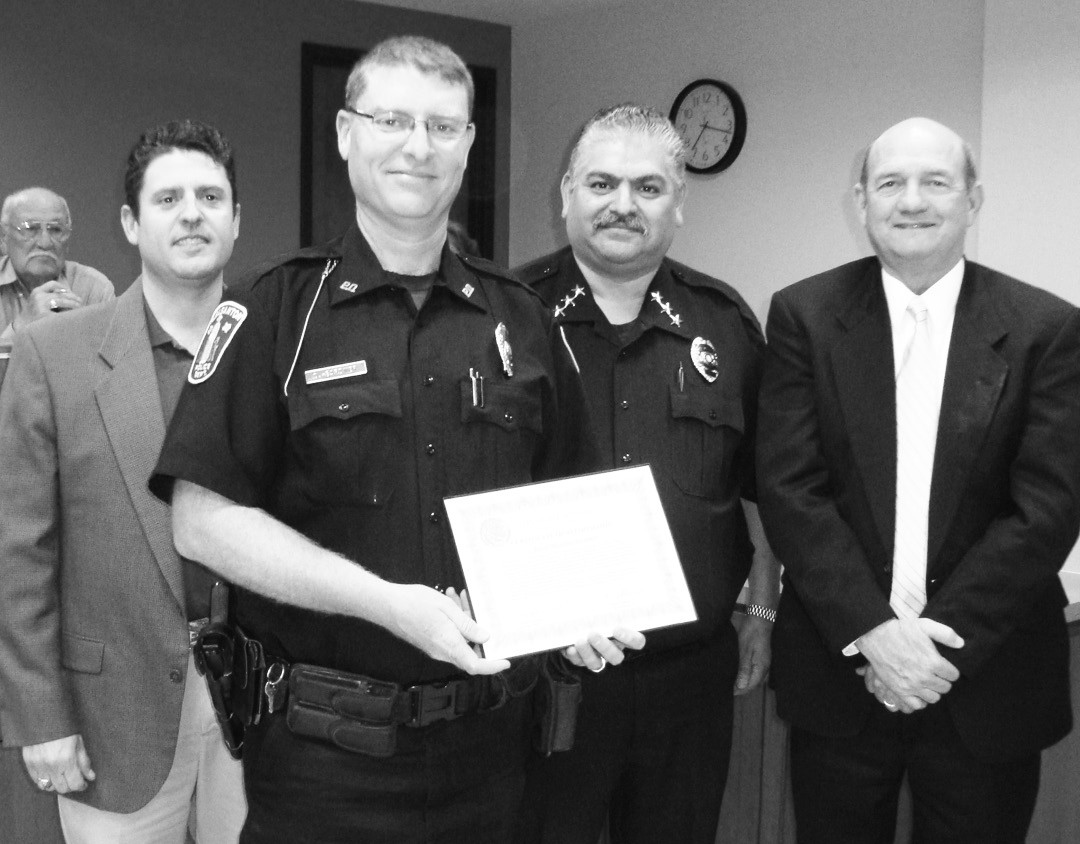