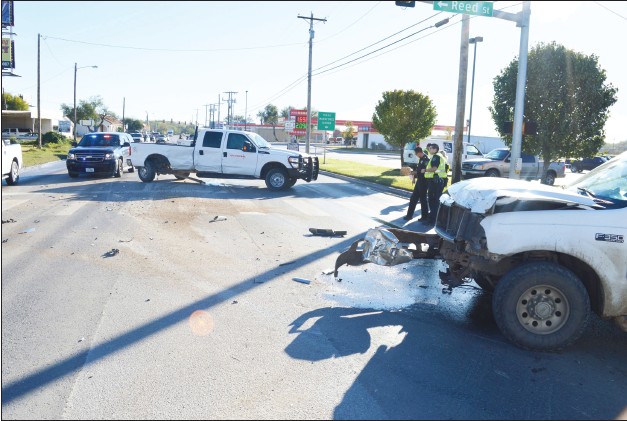 JOE DAVID CORDOVA | Pleasanton Express A wreck occurred on Thursday morning just before 9 a.m. at the intersection at H-E-B and Oaklawn Rd. Tyson Enterline, 35, of Cibolo, was traveling east on Oaklawn and, according to witnesses, disregarded the red traffic light at the H-E-B intersection. Gay Carter,49, was exiting the parking lot with a green signal light and was struck by Enterline’s Ford F250 truck.