The fence came down at the new Pleasanton Civic Center and Library and Freedom Center yesterday. The Pleasanton City Council voted to host the Pleasanton Chamber of Commerce awards banquet as the first event to be held in the new facilities. The awards banquet will feature inspriational speaker Bill Blodgett of Majesty Outdoors on Thursday, March 6. Dinner will be served at 6 p.m. and $10 tickets are available at the Chamber office, 605 Second St.

The Pleasanton Chamber of Commerce is excited to be the first to hold an event at the new Pleasanton Civic Center in downtown Pleasanton next Thursday, March 6 at 6 p.m.

The much anticipated facility will be showcased at their annual banquet, touted as the “Awards Gala” this year.

The festivities will include dinner and the awards ceremony honoring our citizens for their volunteer and supporting spirit of our community.

With more than 10 years of Youth Ministry, Bill began supporting his church through family ministry and couples counseling. This experience furthered his understanding of the family unit and where breakdowns occur most – leaving a void in the lives of the children whose families were being torn apart. The fatherless epidemic is more than just a cause for Bill, he grew up without a father since the age of two and has truly walked the walk of the teens & children with whom Majesty Outdoors Foundation is dedicated to helping.

Bill graduated from Texas A&M University with a degree in Animal Science, he has led several businesses in the agricultural industry ranging from farming and ranching, to import/ export of livestock. While a consumate servant at each congregation he has been a member, he has held multiple leadership roles thorugh the years including Youth Pastor, Missions Director, Lay leader, Home Group leader and Counselor. Mr. Blodgett is a member of the Coastal Conservation Association & Texas A&M Former Students Association.

Bill is proudly married to Susan Blodgett and is the father of one son (Sterling) and two daughters (Brooke and Morgan). He and Susan live in Corpus Christi and spend as much time on the waters of the Laguna Madre as possible when not ranching in Tilden. 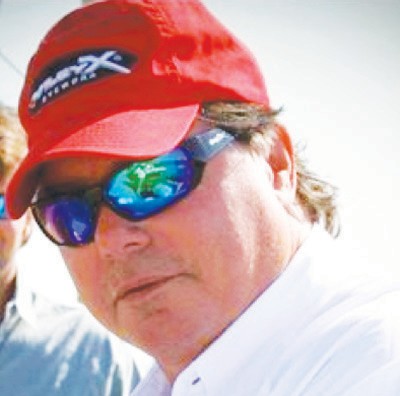