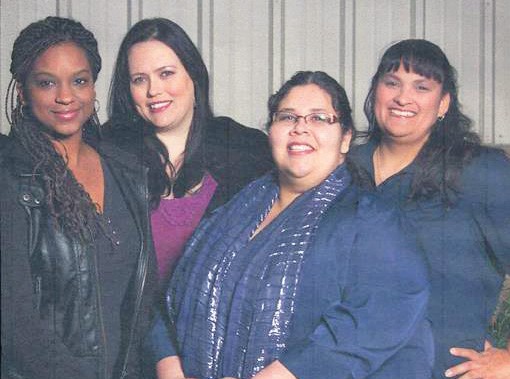 The Pleasanton Police Department’s Telecommunicators deserve a huge thank you. These dispatchers are typically the first voice that is heard when a call is made to your police department. They relay the message to send officers out to control, assist and handle each call. Left to right are Sheree Murray, Kelley Barnes, Samantha Garcia and Emika Chapa.

Every day dozens of people call 911 for accidents, assaults, fires, thefts and more in Atascosa County. Dispatchers receive those calls, extract the most important information from those calls, and give that information to police officers. They serve as the communication lifeline for patrol officers while about in the field, keeping tabs on where they are and what they are doing. Software such as CopSync can also track officer locations and provides a platform for communicating with officers, but human dispatchers are still irreplaceable coordinators for police and firefighters.

Sheriff’s Office in California in 1981.

• Texting is not an option for most dispatch systems, so be prepared to talk to a dispatcher.

• Don’t give old cell phones to children as toys, as even a disconnected phone can contact 9-1-1.

• Know where you are, and give your dispatcher as much information as possible. Stay on the line and listen very carefully.

• Call police as soon as possible when you have been a victim of a crime, even if you feel you need to call the non-emergency number.