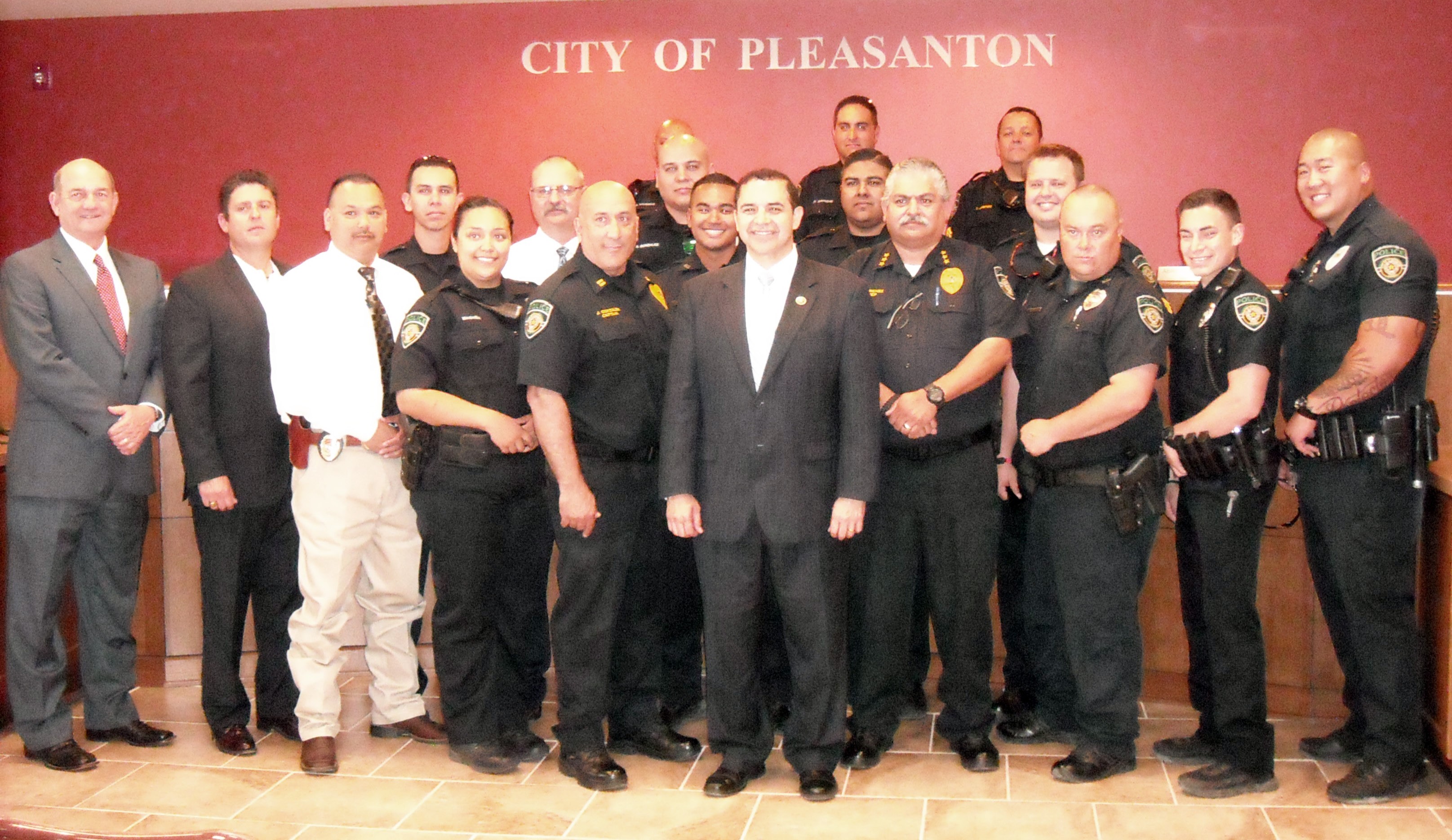 To recognize National Police Week 2015 and to honor the service and sacrifice of those law enforcement officers killed in the line of duty while protecting our communities and safeguarding our democracy.

WHEREAS, there are approximately 900,000 law enforcement officers serving in communities across the United States, including the dedicated members of the Jourdanton Police Department;

WHEREAS, nearly 60,000 assaults against law enforcement officers are reported each year, resulting in approximately 16,000 injuries;

WHEREAS, since the first recorded death in 1791, almost 20,000 law enforcement officers in the United States have made the ultimate sacrifice and been killed in the line of duty;

WHEREAS, the names of these dedicated public servants are engraved on the walls of the National Law Enforcement Officers Memorial in Washington, D.C.;

WHEREAS, the service and sacrifice of all officers killed in the line of duty will be honored during the National Law Enforcement Officers Memorial Fund’s 27th Annual Candlelight Vigil, on the evening of May 13, 2015;

WHEREAS, the Candlelight Vigil is part of National Police Week, which takes place this year on May 10-16;

WHEREAS, May 15 is designated as Peace Officers Memorial Day, in honor of all fallen officers and their families and U.S. flags should be flown at half-staff;

THEREFORE, BE IT RESOLVED that I, Mayor Susan Netardus, of the City of Jourdanton, Texas formally designate May 10-16, 2015, as Police Week in Jourdanton, Texas, and publicly salute the service of law enforcement officers in our community and in communities across Texas and the nation.