National Night Out set for Oct. 6 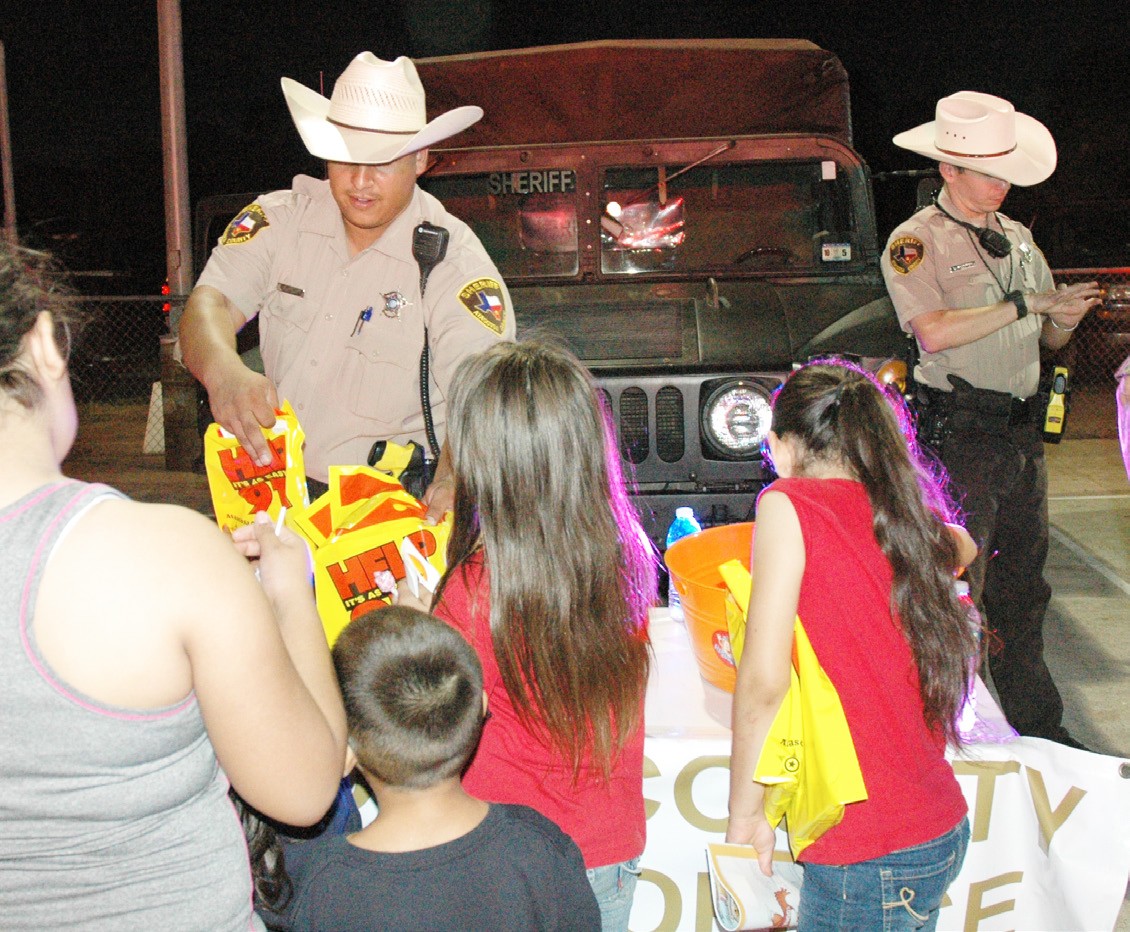 The Sheriff’s Departments passed out goodie bags a last year’s National Night Out at the River Park in Pleasanton. Be sure and join the local agencies this year on Tuesday, October 6.

Once again, the Pleasanton Police Department will host the 3rd Annual National Night Out next Tuesday, Oct. 6.

Everyone is invited to attend the free event at the Atascosa River Park in Pleasanton. This year, it will be held from 6 p.m. until 8:30 p.m.

“A committee headed by Samantha Garcia, Telecommunicator with the Pleasanton Police Department, has been diligently at work organizing the event for the last several weeks,” explained Pleasanton Police Chief Ronald Sanchez at the last council meeting.

The event is being funded by private donations.

Poteet Police Department will have their own event starting at 6 p.m. It will be held near the old park at Ave. C and Boyd Streets. They will have hot dogs and refreshments. A visit from AirLife is planned (weather permitting) and their K-9 unit, too. McGruff will also make an appearance as well as the EMS an fire department.

The Primrose Volunteer Fire Department will host their event from 7 -9 p.m. It will be held at their fire hall at 25 Primrose Lane. Refreshments will be served and the Chief David Croftwill be doing demonstration for the kiddos.

They are also asking for people to bring nonperishable items, toy and books to help with their Thanksgiving food and holiday book and toy drive. Nominations for the food and toy drive will be accepted as well.

About National Night Out

National Night Out is an

The event has grown where over 37.8 million neighbors across 16,124 communities celebrate the non-profit event which began in 1984.