On Friday, June 22, at about 11:03 a.m. Atascosa County Sheriff’s dispatchers received a call of a gun shot in the 100 block of Avenue E in the Poteet Housing Authority.

Poteet Police officers responded to the area looking for a vehicle seen leaving the area immediately after the shot was heard. When police arrived at the Housing Authority they discovered the lifeless body of a 35-year old man suffering from a single gun shot to the head.

Investigators learned the identity of the victim and began their investigation. Justice of the Peace Precinct 1, Betty Caballero pronounced the victim deceased and ordered an autopsy. The vehicle seen leaving the area immediately after the shooting was described as a gray SUV mid-size type of vehicle. The victim was identified as Emilio Villa who was originally from San Antonio, but had been recently residing in Poteet. Late Friday afternoon, Sheriff’s investigators and Texas Rangers developed information from an informant who led them to a suspect. Two sheriff’s investigators along with the Rangers went to a location five miles west of Poteet where they recovered a 9 mm pistol believed to be used in the murder.

The suspect was taken to the Poteet Police Department where he was interviewed by a Ranger and a Sheriff’s investigator, according to Chief Soward. The two officers obtained a full confession from the suspect who admitted shooting the victim one time in the head.

Chief Soward stated that the shooting is believed to be the result of an ongoing dispute be tween the victim and the suspect. Although both are believed to be affiliated with gangs, investigators are not calling the shooting “gang related”. The suspect, identified as Jay Daniel Guerra, 19, 362 Avenue E, Poteet was booked into the Atascosa County Jail about 14 hours after the shooting where he was charged with Murder, Chief Soward stated. Bond was set at $1 million by Judge Bodden.

Information on the whereabouts of Bobby Tijerina, Jr. Wanted for Theft of a Firearm Please contact the Pleasanton Police Department 830-569-3869 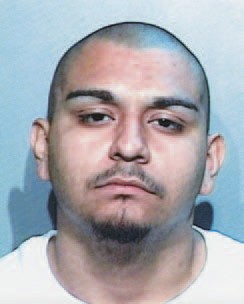 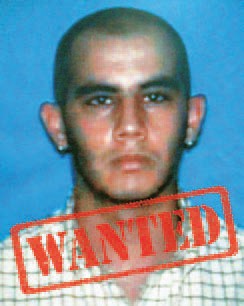