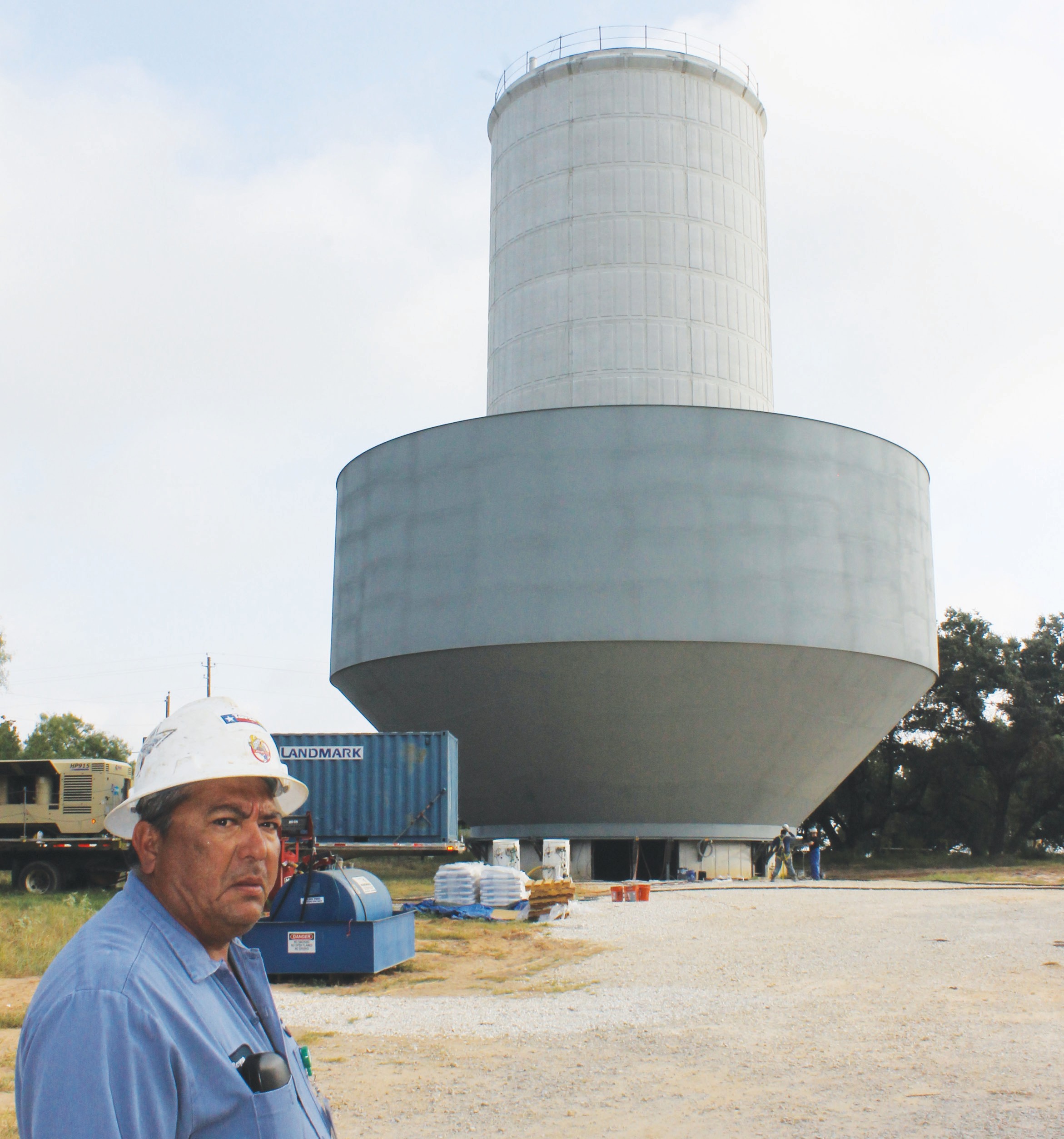 Doroteo Reyna, Pleasanton utility construction foreman, in the foreground of the construction site of the million and a quarter gallon water tower on Crestline. Notice two workmen being dwarfed at the lower right base of the water tank. Upon completion in late August, the tank will be hoisted to the top of the pedestal in small increments that will take from six to eight hours to complete.

City of Pleasanton growth has put the community into a program of planning for the future needs in its anticipated expansion.

A one and a quarter million gallon water tower is being erected at a high point in the city on Crestline.

Previously, Bruce Pearson, Pleasanton city manager said, “The size of tank to be erected here will probably carry Pleasanton for a minimum of the next 20 years, if not 25 years based on present growth patterns which is a regulatory requirement from the Texas Commission on Environmental Quality (TCEQ). You have to have a number of gallons of storage per meter that are in your area of service. So, with a million and a quarter gallon storage, it’ll add to our inventory ot 650 to 700 thousand gallons of overhead storage we have at the present time.”

“We anticipate being finished with construction of the Crestline water tower about the end of August,” said Doroteo Reyna, Pleasanton utility construction foreman.

Hydraulic jacks will be lifting the storage tank to the top. This lifting will be in small increments and will take from six to eight hours to complete.

“It’ll take about seven to eight months to complete the pipeline from the Crestline water tower to the area of Interstate 37, and another three to four months to do the tie-ins. That puts the project completion time to be about a year from now.”

Reyna continued, “Those will be the tieins to the existing main. The reducer valves will decrease pressure before water goes into the mains to prevent high pressure going into the service mains going to homes.”