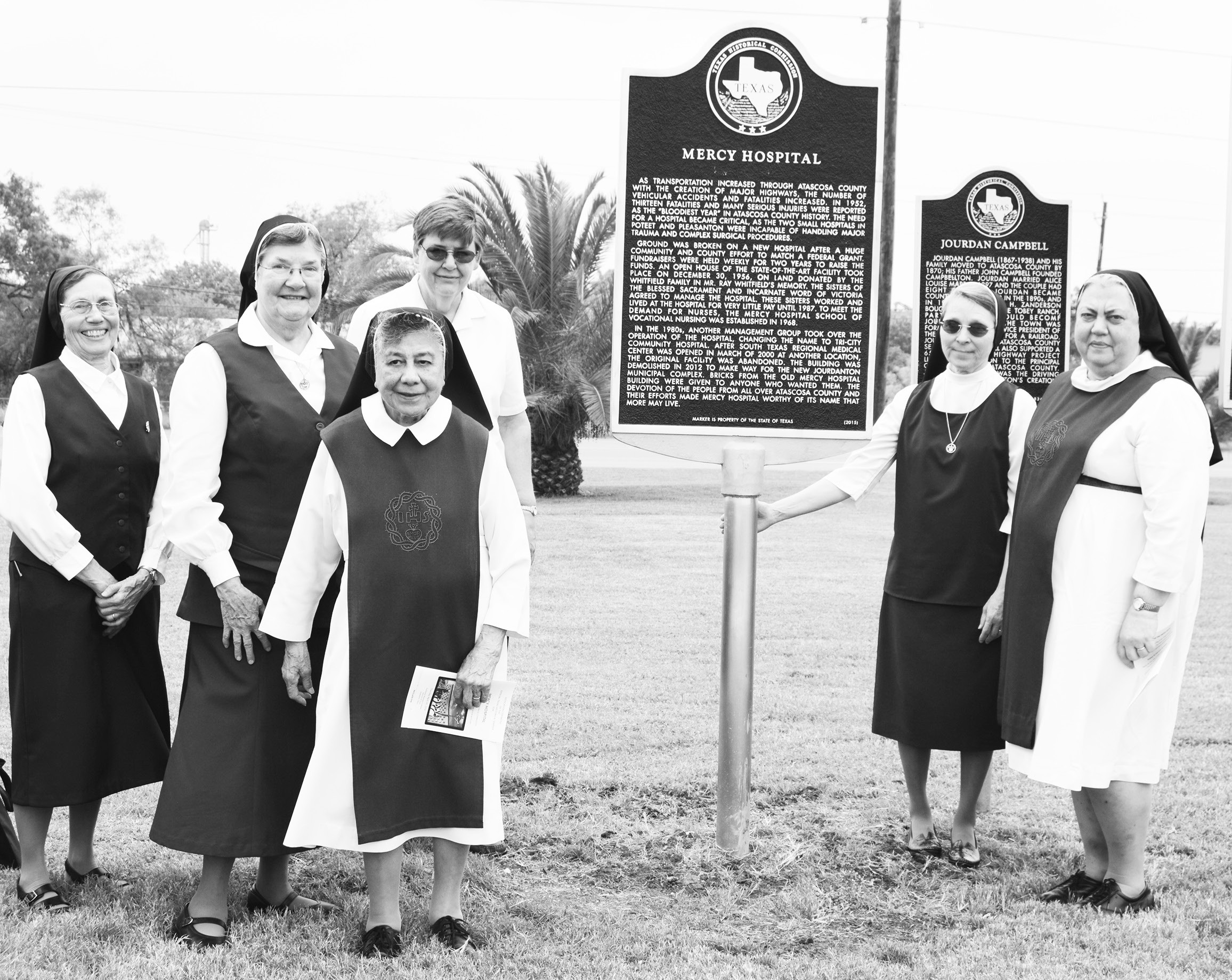 As transportation increased through Atascosa County with the creation of major highways. The number of vehicular accidents and fatalities increased. In 1952, thirteen fatalities and many serious injuries were reported as the “bloodiest year” in Atascosa County history. The need for a hospital became critical, as the two small hospitals in Poteet and Pleasanton were incapable of handling major trauma and complex surgical procedures.

Ground was broken on a new hospital after a huge community and county effort to match a federal grant. Fundraisers were held weekly for two years to raise the funds. An open house of the state-ofthe art facility took place on December 30, 1956 on land donated by the Whitfield family in Mr. Ray Whitfield’s memory. To meet the demand for nurses, the Mercy Hospital School of Vocation Nursing was established in 1968. The Sisters of the Blessed Sacrament and Incarnate Word of Victoria agreed to manage the hospital. These Sisters worked and lived at the hospital for very little pay until 1987.

In the 1980s, another management group took over the operation of the hospital. Changing the name to Tri-City Community Hospital. After South Texas Regional Medical Center was opened in March of 2000 at another location, the original facility was abandoned. The building was demolished in 2012 to make way for the new Jourdanton Municipal Complex. Bricks from the old Mercy Hospital building were given to anyone who wanted them. The devotion of the people from all over Atacosa County and their efforts made Mercy Hospital worthy of its name that more may live.