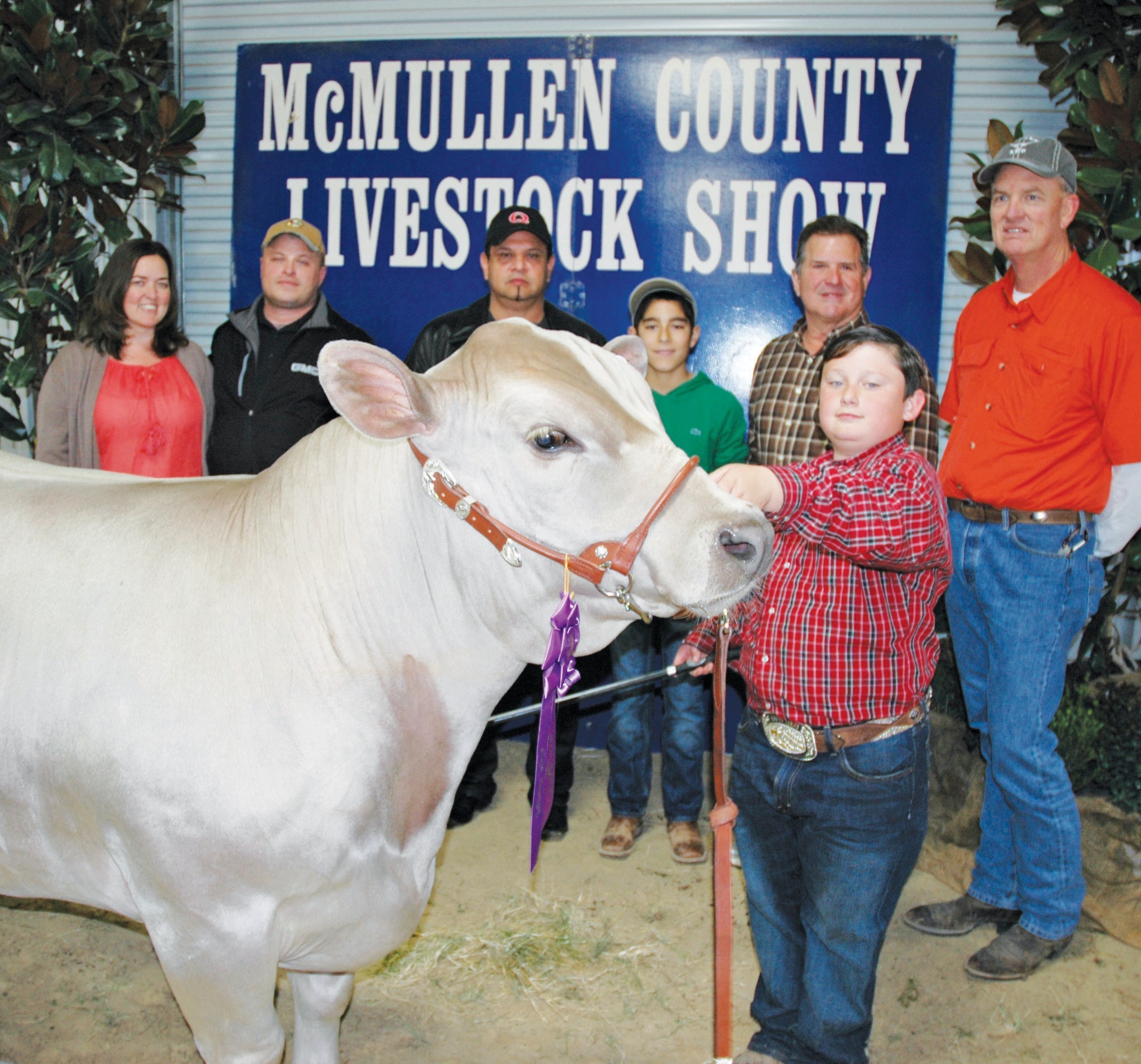 This year’s Grand Champion Steer was shown by Brannan Woelfel and went for $18,000.00, up $5,000.00 from last year’s $13,000.00 bid. The medium beef project was purchased by Saylee Salt Water Disposal Service, Leo Quintanilla and Pursch Motors, Inc.

Cotton Harris won Grand Champion with his swine. He also won Showmanship for this project, too. The heavy weight was purchased for $12,000.00, up from last year’s purchase of $10,500.00. Buyers were Atascosa Syndicate, Schoolhouse Syndicate, Talisman Energy, Chesapeake Energy and San Miguel Syndicate.

Grand Champion poultry was awarded to Caina Sneed. The poultry was purchased by Saylee Salt Water Disposal Service, Brad West and Leo Quintanilla for $15,000.00, up from last year’s purchase of $9,000.00.

The Reserve Champion lamb was shown by Jimm Casas. The heavy wool sold for $8,000.00. Buyers were Swenson Ranches.

Charlsie Harris, raised the Reserve Champion Goat. The goat was sold for $8,000.00 and bought by Brown Ranches.

Next week, be sure to read our special “Wrap Up” Section featuring lots of candid photos and more results of both the Atascosa County and McMullen County Junior Livestock Shows. It will be out on February 5.