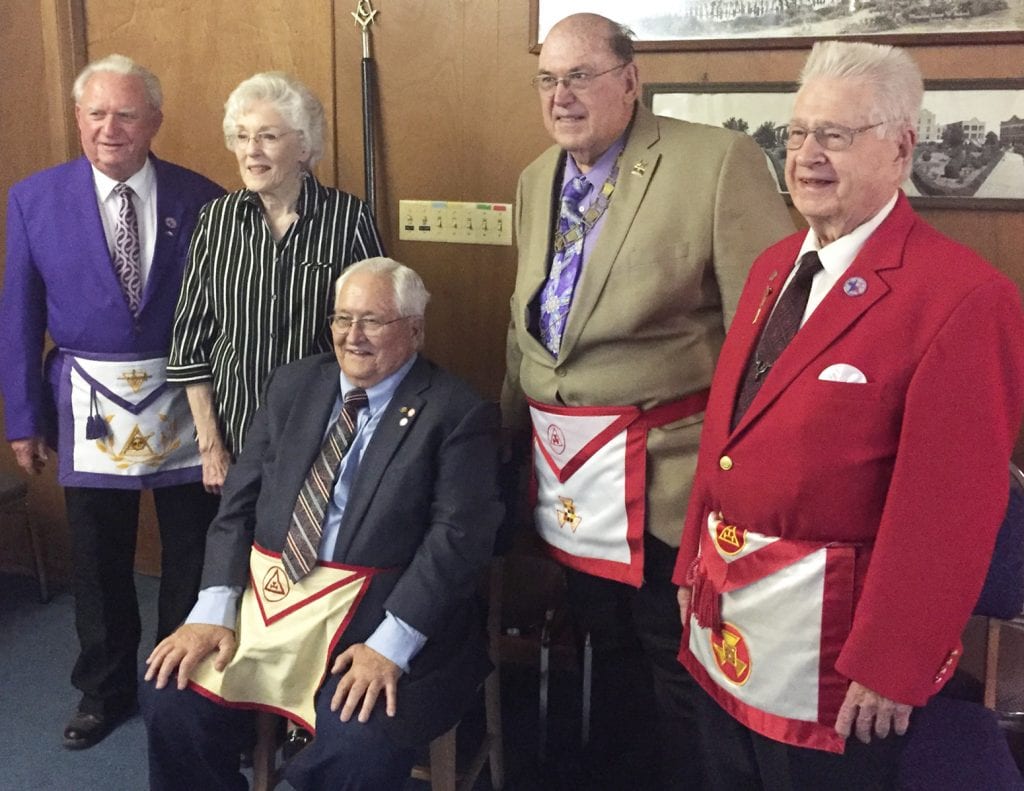 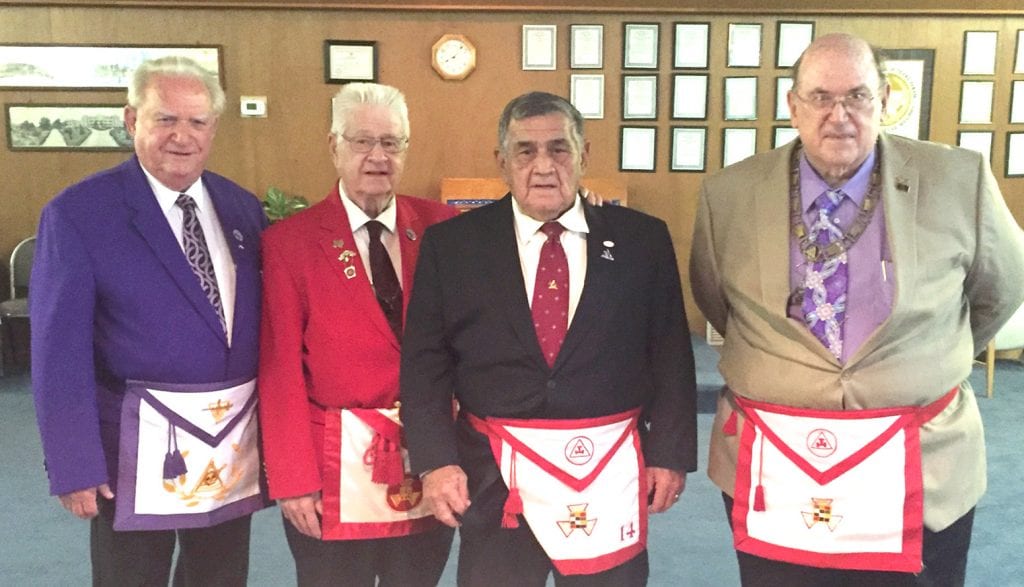 Joining Robert Morales as his awards were presented were: Gene “T.E.” Carnes, Joe Estlack and David Potter. Brother Morales received two awards: council award was the Cryptic Triangle award and the chapter award was the Cornerstone award. Both awards are high honoring awards that are voted on among the companions of Cooper Chapter and Council and are given to a companion who goes out the extra mile to do for the lodge and others around him. Companion Morales meets those qualifications hands down and it’s an honor to bestow them upon him. Joining Brian Boyd as his award was presented were: Gene”T.E.” Carnes, Francis Boyd (Brian’s wife), David Potter and Joe Estlack. Companion Brian Boyd received his membership award for belonging to Cooper Chapter and Council for 50 years. It is an honor to give an award to a man who has been here to lead and show by example what good leadership and knowledge is, and hand it down to the newer generations.

Congratulations to both companions on jobs well done.