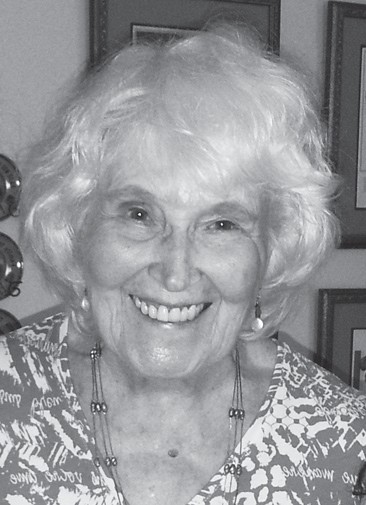 Mary Ellen was raised in Seattle, Washington with her sister Dorothy Jean. She married Duane “Duey” Reese in 1949 and they moved to Casper, Wyoming and then to Los Angeles, California. They had four children, Richard, Kathy, Carole and Marilee. Mary Ellen worked as a bookkepper for many years, primarily in construction. Her later years were spent in Crescent City, California, among the redwoods and right on the ocean that she loved so much. She moved to Pleasanton in 2010 and enjoyed being with her family. She loved to dance and never met a stranger. She was kindhearted, and loved animals, especially her dog Pia. She often said that her children, grandchildren and great grandchildren were exeptional people, and were the best people on the planet. She worked part time at Silvester Foot and Ankle Clinic until the day she passed away. Mary Ellen was a beloved member of the Pleasanton First Ward, Church of Jesus Christ of Latter-Day Saints.

Mary Ellen was preceded in death by her parents, and companion Paul Brown.

Our family would like to thank the many friends who have supported us at this difficult time.

Memorial services will be held in California.