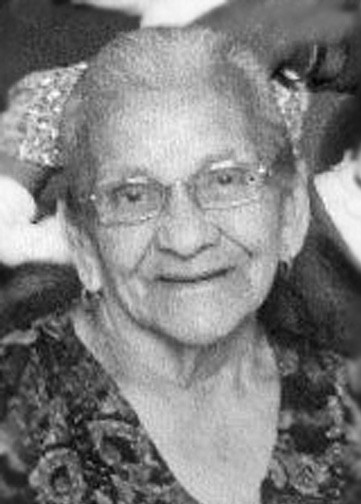 Maria “Lucy” de la Luz Machado was born on August 21, 1928 and went to be with the Lord on April 24, 2014. She is preceded in death by her parents, her sons Ricardo and Edward and her spouse Enrique.

She is survived by her 12 children Baudelia, Alejandro, Rogelio, Louisa, Odelia, Linda, Diana, Rafael, Rachel, Albert, Virginia, and Brenda and numerous other family and friends.

Interment will be at Ramby Grove Cemetery in Von Ormy after a 10 a.m. chapel service