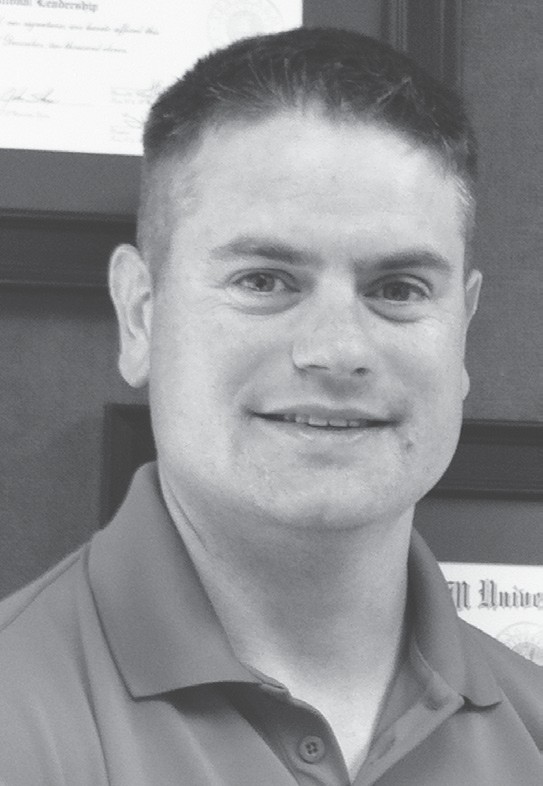 The Pleasanton School Board hired Dr. Matthew Mann as the new superintendent of the district. He replaces Dr. Cynthia Clinesmith who resigned earlier this year.

After the presentation of awards for the students of the month, the board went into executive session to discuss pending litigation of Student v. Pleasanton Independent School District with their attorney. Upon reconvening the meeting, they voted unanimously, on the recommendation of the superintendent and the attorney, to go forward with what was discussed in the session.

Tim Carpenter gave a presentation on Safe Schools Maintenance Department. It was eye opening to hear the number of square feet they have to clean each day. For instance, there are 253 classrooms, and 553 sinks to be cleaned. There are a total of 45 on staff; 14 for maintenance and 31 for the cleaning crew.

Dr. Mann gave the trustees a fact sheet for the upcoming bond election. Presentations have started at the elementary and will be held throughout the district. The website will go live on March 18. He asked for a confirmation of those going to the TASB Summer Leadership Institute in June. There is a bill going through the legislature that will give senior student exemptions for EOC tests, if they have not passed to graduate. He advised everyone to watch for this one. The JROTC qualified a leadership team to compete at Nationals in Washington, D.C. They won out of 1,300 teams. Over Spring Break, the BPA qualified second place at state, which gets them to the Nationals. Finally, UIL will hold academics and one act plays here at the end of March.

Katy Palacios, representing the High School Girls Basketball Team, asked that the board allow them to attend the tournament in Orlando over the Christmas holidays. Each member will have to raise about $1,500 to go on the trip and so far 11 adults have signed on. The trustees voted agreement unanimously.

The next presentation was from the sponsors of the Spirit Squads Cheerleaders and Pacesetters. They were asking for approval of the new constitution and guidelines. After a brief discussion, the board approved them unanimously.

Also approved was the certification of Unopposed Candidates for District 2, District 5 and District 6 for the May 9 election. The clerks and judges for the election were approved as presented.

The district calendar was discussed next. Since it is a leap year, and Memorial Day is the same week as graduation is scheduled, graduation was changed from Friday to Saturday. A board resolution was approved that would extend the depository contract for Prosperity Bank through 2017.

On the financial front, the tax collection is a little ahead of where it was this time last year. The district is losing their tax collector to the City, so they are considering whether to replace her or join with the County and letting them collect for them. More information will be garnered before this decision is made.